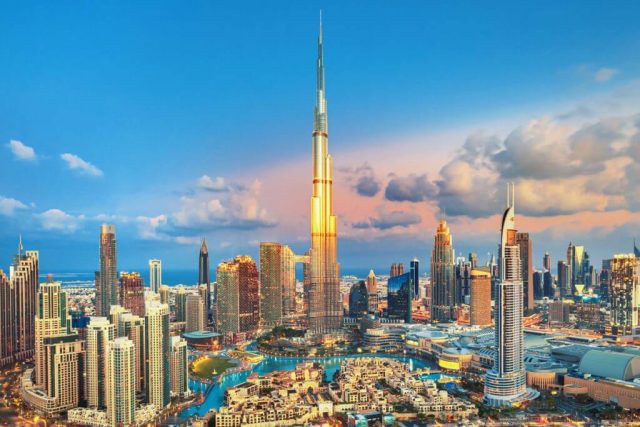 In the first ten months of 2021, the number of new businesses in Dubai increased by 69 percent. According to the Dubai Department of Economic and Tourism, the figures reflect high growth opportunities in various fields and growing confidence in the overall economy.

Arab News states that Dubai issued licenses to 55,194 new companies in October. In October last year, the number was 32,629. This is a strong indicator of growing investor confidence in Dubai’s diverse economy. Dubai’s non-oil economy is expanding exponentially. The recently concluded Expo 2020 has also expanded Dubai’s tourism sector. Besides, the Department of Economics and Tourism informs that the increase in the number of licenses highlights Dubai’s strong economy, success in managing the Covid-19 epidemic, the government’s efforts to boost economic growth, and lower business spending. These factors are contributing to the confidence of investors in

Dubai’s diverse economy. The number of new business licenses issued in Dubai rose 54 percent in August. The number of e-commerce licenses conducting business online and social networks also grew strongly in the year’s first half. In the first half of last year, e-commerce businesses increased from 1,989 to 63 percent and reached 3,243. “The initial surge in sales contributed to a sharp expansion in activity, suggesting that the economy is well on the way to recovering from the pandemic,” said David Owen, an economist at IHS Markit.

According to the department’s report, 59 percent of the new business licenses were business service organizations. On the other hand, 41 percent were commercial enterprises. Bur Dubai was at the top in terms of the growth of regional institutions. During the mentioned period, 36,582 new businesses have taken licenses. After that, 16,582 companies in Deira and 70 companies in Hattya took licenses while the top sub-regions during the first ten months of 2021 were: Al Fahidi, Burj Khalifa, Port Saeed, Al Marrar, Trade Center Qubaisi, Al Barsha1, Naif, Al Garhoud, and Al Karama. Soul Establishment Firms Topped the List that is followed by Limited Liability Companies with the Bur Dubai area accounting for the bulk of new licences.

In the first ten months of 2021, commercial registration and licensing companies increased by 18 percent annually to 233,908. However, regarding that Arabian Business confirms, “Job creation was again signaled across only a small proportion of the survey panel in October. However, with tourism reviving and capacity pressures growing, this will likely improve in the coming months.”

It is to mention that Dubai is always famous for business. Many people from different countries immigrate to Dubai to establish their own businesses. Dubai gives access to around 3.3 billion population in three other regions of the world, with its population amassing almost 50% of it as tourists and expats from all around the globe, which makes it a given factor as to why Dubai is seen to be the city of business. Employees are assets to a business, and with the UAE population’s literacy rate of 92.5%, the country’s workforce can surely deliver. The UAE is also a favorable country for employees and employees alike since it provides competitive wages and, as mentioned, has 0% tax on personal income. Even people from different parts of the world fly to the UAE to work to built their business. The country hosts over 200 nationalities who have made the UAE their home, enjoying a high GDP per capita and a high quality of life in one of the safest countries in the world. Definitely, Dubai is the best city for business because of its safety and security, commercial capital, infrastructure, transport, and logistics, also manpower availability and last but not the least, a quality of life.

The InCAP Desk - January 22, 2022 0
Desperate Afghans are selling their children and organs to meet their basic needs. Each child is being sold for one Lakh to one and...