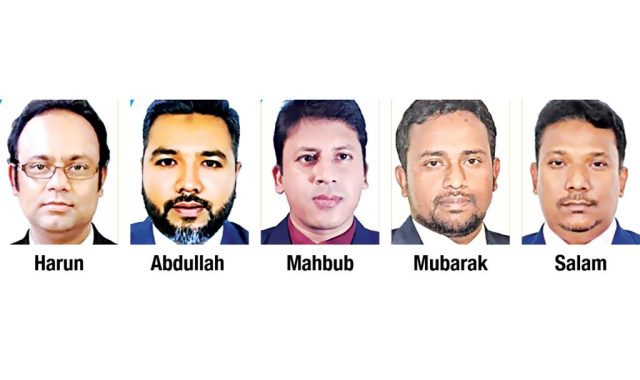 The application called ‘Surokkha’ for vaccine registration is a small demonstration of the capabilities of Bangladeshi International Technology experts who made the app user-friendly and functioning without any significant problems so far. Around 50 million people can use the app at the same time. Therefore, it plays a vital role in managing the Covid-19 vaccine management campaign in the country. The public money has been saved due to the hard work of the five heroes as, last January, the government was also planning to outsource the registration platform as part of a vaccine rollout management solution.

While working as programmers in various districts of the country, they first proposed the creation of a central relief management system to facilitate the distribution of cash incentives for coronavirus victims. The proposal was initially submitted to the Tangail district administration. The government later accepted the proposal at the national level and brought them to Dhaka to implement the Central Aid Management System (CAMS).

About 5 million families received financial assistance last year under this project. In addition, the project’s success boosted the team’s confidence and started working on vaccine management. They demonstrated the system to the government earlier this year. The National Committee on Coronavirus monitors and gives three weeks to complete all work with additional recommendations. Finally, the app was launched to the public on January 25, 2021, in Bangladesh.

One of the five programmers, ASM Hosne Mubarak, told the media, “We have all worked together. There was no team leader for the project. We are happy that people are enjoying the benefits without any hassle.”

Also, the programmers said that they had to face some problems while creating the system. Haroon Ur Rashid said, “Bringing 120 million people under the immunization program and managing all kinds of data of this vast population was a challenging task. The main challenge, in this case, was to verify the applicant’s identity through the NID database.

He said the task of storing and managing this enormous amount of information on the server was also quite a hassle. The government does not store data in other private organizations like Amazon Web or Google Cloud for security and privacy reasons. “We use national data servers to overcome this challenge,” he said. However, he further said their biggest challenge was a lack of time and limited resources.

Mr. Haroon Ur Rashid said, ‘We were given only three weeks to create the app. So, it becomes a matter of bringing maximum output with minimum input in this case. But we are happy that the app is running without any problem even after setting a new record of 60 million hits daily.”

An applicant with a national identity card can register for the vaccine in a matter of minutes through the security app. First, the applicants can select their preferable center from this app. Then, the applicant receives a message via phone, and their application form is automatically sent to the respective vaccination center. To add more, vaccine registration cards can be easily downloaded. Immediately after the first dose of vaccine, the applicant’s vaccine status is updated, and the date of the second dose is also fixed automatically.

After taking the second dose, the vaccine certificate can be downloaded conveniently through the app. The document contains a QR (Quick Response) code so that the authorities of any country in the world can verify the information about the duration of vaccination. Abdullah bin Salam said, “There have been several cyberattacks to disrupt the service, but so far, the attackers have done nothing.”

The programmers said they have been working 24 hours a day for the last nine months because there is no extra workforce to maintain this system.” They also said that young programmers tend to go abroad to hope for a better life. If the government wants, they can prevent the smuggling of talent by doing such work.

Apart from this, NM Ziaul Alam said, “Young programmers have done a great job, and they have done it beyond the boundaries of their daily work. It is inspiring for others. So we are trying to give them financial incentives to encourage them.”

To honor, Kazi Khairul Bashar, honorary secretary of the Dhaka Center, called the five engineers frontline fighters for their tremendous contribution to the country’s Covid management effort. As a result, five Engineers received Crests for their Contribution to the field of ICT in the country’s fight against the Covid-19 Pandemic on November 20, 2021. Indeed, the five engineers deserve a big applause.

The Circuit of The World: The Bi-lateral Unison of Fascist De-facto

The InCAP Desk - December 12, 2021 0
The current world has developed a liking for a derogatory narrative, and looking back into the past reaffirms the truth. Today's world has come...