Home Editorial Know And Realize The Challenges of Bangladesh 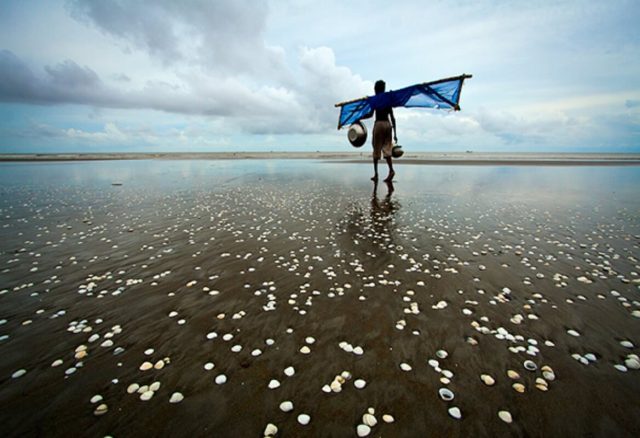 Bangladesh as a nation has overcome many obstacles. With a growing middle class and a young and vibrant population, a lot can be expected. Having one of the highest population densities worldwide, Bangladesh hasn’t yet used its population (Man Power) at its advantage. Though a lot can be achieved by rendering the populace seemingly perfused through continuous iterations, the country has miles to go before everyone sleeps.

To simply put it, Bangladesh is in a state of Zen, and there is no escaping the fact that the theme of thought that occurs varyingly throughout the country has displaced the entire population into political warfare. Let’s know and realize the challenges of Bangladesh.

Where there is the first presumptuous use of derogatory force, there is the prevalence of freedom. This small nation of Bangladesh was built on the concept and norm of free will. Free will where we had the right to speak in the language of the community and have the ability and permission to do whatever we like in the context of social, moral, and economic justification.

In light of truth, all the mishaps which had occurred with the people of the country of Bangladesh have left us profoundly gaping for more. If we view Bangladesh through globalization, the country has moved steps ahead to a better one, where the comparison remains implicitly intricate. Bangladesh is now a self-sustaining and thriving nation, with domestic agriculture and RMG industry and thousands of small businesses developing unprecedentedly.

In no more than 50 years since its independence, the “Tiger Economy” of south Asia is coming up with surprises from its vault. Whether to categorize it as a case of Pandora’s box or not, we have become hinged to the standardization that was and is pre and post existent in modern society.

As reported by the world bank, Bangladesh has a GDP of 302.571 billion US dollars and a population of 163046161 as of 2019. What do we get through this combination of fact and figures with cultural significance?. The answer lies in accumulating a unique blend of stats that’s ready to show the act of nature. How markets continually react every day and how consumer behavior finesses itself with prolonged longevity becomes the answer to the question above.

The growth of the nation engrossing all the departments becomes a vital factor in determining the economic power of Bangladesh. Accessing the economic reports of Bangladesh, it had a GDP annual growth rate of 5.2 percent and an unemployment rate of 5.3 percent(Latest figures). The unemployment rate indicates the percentage of the population unemployed and therefore doesn’t include the unemployment benefits that many countries have as a sole means to combat poverty.

A growth rate of 5.2 percent is also a perfect economic indicator as we move from markets to consumers to households, in an excellent attempt to dissect the rate of progression of the economy. While the interest and inflation rates are 5.32 and 4.75 aren’t just figures, the inflation rate significantly affects the interest rate in the form that in case of interest rates, the amount charged for the goods and services will only become viable when the inflation(General rise of prices of product) reaches a standard level.

The purchasing power capacity is deeply affected by both the interest rates and the inflation set up by the governments. Therefore microeconomic concepts have little bearing, and we have Macroeconomic aggregates. The current account to GDP of Bangladesh is at a lackluster -1.5, and FDI(Foreign direct investment) is slowly losing its grip that once it had. The total value of exports is 31.734 million USD, and that of Imports so far stood at 48.059 million USD.

At the HS6 digit level, 1728 products are exported to 188 countries, and 4208 products are imported from 202 countries. This number represents Bangladesh as an emerging market and a potential economic powerhouse to become in the next 50 to 60 years. Capital flows, remittances, gold reserves, and external debt forms the basis of the interaction with the foreign economy, and now we are in a state where we are liable to call the cards.

The nature of tax is concerned about: Even the VAT is 15 percent, representing the zero-rated products, and the percent accumulates for storing, sales, and distribution. There are other consumption taxes like the excise duties that have been abolished except on banks and other sources.

Then comes the corporate taxes, which are at 25 percent. Residents are taxed on business income, whereas non-residents are taxed on Bangladeshi-source income. Tax incentives are there for special zones. For capital gains taxations, the value remains unmoved at 15 percent. Allowable deductions and tax credits are also of significant importance. All income that generates tax from income is taxably deductible, and these values range from 2 to 50 percent.

The free trade area regime may be deductible from total or partial tax exemptions. At last, there is property tax and withholding or without holding; 15 percent is the value attached to the set of values for this particular measure. Other subsidies and incentives are a few factors that should be taken into concern. The government should use finance plus economics to good use, whereas the difference between the macroeconomic and microeconomic contributors gives out the theory dictating market capitalism ever so rigorous in modern economic approach and application.

The total share of taxes and its profit is a mere 33.4 percent of the economy, which is quite significantly a tremendous amount. Even on an individual basis, if your income crosses the 300000 mark, the tax rate will be 30 percent, and then there is the entire history of categorization below the three-hundred-thousand mark.

Bangladesh as a country is facing massive challenges, on the one hand, we have the economy, and on the contrary, we have a slowly withering away pandemic but in totality and absolute reality, the picture is much grimmer. Without the totalities from the business sector, the loss is irreplaceable.

By a societal concept, there are organs of which it is constituent in society. According to spencer, culture can be divided into three System organisms: a. Sustaining system, b. Distributary system and, c. Regulatory system. Society and organisms are composed of units. Also, it is dependent on the part. According to Herbert Spencer, the community has a differential structure function. At last, society grows gradually.

In a nutshell, Bangladesh has reached the world stage. Just by the mere fact that the world is now waiting for Bangladesh to make a move, the move towards economic proliferation and the move toward societal freedom of justification in whatever classification you want to put it gives us a slight hint that the measures not by the government but by the ordinary people in mass accentuation are what determines the fate of a nation and its inhabitants.

The InCAP Desk - March 26, 2022 0
Bangladesh's long-standing bottom-of-the-table rating in terms of air quality has been a thorn in the government's side. However, it has failed to elicit the...