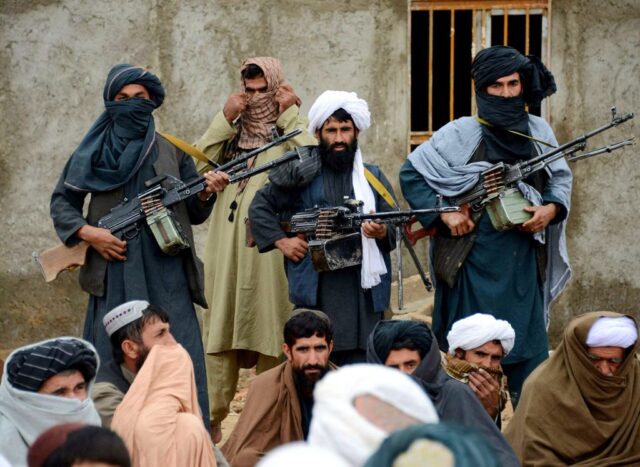 Terrorism is and remains a terrible aspect of the entire world. But, unfortunately, modern human civilization is based on concrete evidence, and terrorism as an organ and functionality has become a repetitive concern.

Through the evolution of society in general, classifying the progressively bad elements of society has rendered the term terrorism a synonym of eternal obliteration. Purely, just by emitting a factor out of the society doesn’t mean it won’t resurface, and as terrorism has resurfaced through centuries and decades past, the world today is feeling its after-effects.

Terrorism takes many forms and can be coined as a dangerous protrusion when the definition coincides with the actions. The imagery with terrorism and its literature takes many forms and actions, each justifying their vigilance and authority through negative rhetoric. But as we begin to close the gap between possibility and reality, we get the mundane absurdity we have with terrorism. Terrorism is therefore born out of societal disorder, and the disorder is born out of discrimination and hatred towards others based on unethical reasoning.

The whole structure of how to conduct terrorism and how to train terrorists to carry out the ill-fated actions has its roots deeply entrenched in the belief of claims of falsehoods, falsehoods where a section of the society is led to believe the opposite to that of the truth, and this construed truth evidently marks the creation of terrorist groups. Before the modern definition of terrorism took its vigil, the prominence of peace was always accompanied by societal disorder, and many people back in the older days just didn’t have the wealth of information we have today to classify or de-classify something like terrorism.

Therefore to many of us, terrorism comes as a shock and negative awe because as we learn about the past and how even the tradeoff between whether to classify a revolution as a part of terrorist activity or at least dehumanize the humane aspects of mass perpetuation, the reality sets the bar upon which we estimate the modern-day terrorist activity and term the activity with utmost confidence as an activity carried out by terrorist.

Terrorism truly is a horrifying reality, and it’s not limited to our neighborhoods. Today we are in a world where perceptions regarding terrorism are slowly tilting in favor of completely obsolete. We have a range of systems of belief that determines whether we support terrorism as much as we support domestic violence. Ironic as it may seem, but these days and in this ever-changing landscape, we are becoming increasingly irresponsive to societal subtleties. And this subtlety brings out the major changes in the landmark in what we call today as “Terrorist Activity”. To properly term terrorism and terrorist activity in unison requires a deep-rooted understanding of the psychology of the disturbed mentality of a terrorist. At first, the rage and anger and the source of this become a solution of the preliminary obstruction to delve into the deeper understanding of how the mind of a terrorist works.

Terrorism in today’s world is a foremost concern. It starts from households and destroys families and societies inside out. How do we classify terrorism: Do both the violent and peaceful riots classify as terrorist activity or mobs attacking a certain place contribute to the world and meaning of terrorism? The scope and range of this definition are close to unlimited, and with each second, it evolves into bigger things. The source of terrorism is three things: Race, gender, and equality, and the level of each of these factors in the mindset of the terrorists are what sparks the violent actions. International terrorism has become a predicament subject of interest in the 21st century, while the domestic terrorism within countries that sparked the French revolution has still been deemed a good thing. So now we reach a point where there are sections of people deeming terrorism a good thing, and for that, they are crazy.

Before terrorism took its effect from that it is today, to reach the world in a place where it is today, domestic conflicts regarding resource allocation amongst people of a nation and basic things like food and water distribution and affordable health care were among the many things that sparked internal and external revolutions in the 18th, 19th and 20th centuries which were for the betterment of the entire network of people of the country. But fast-forward to the 21st century, do we find a meaningful example of why the modern definition of terrorism has taken a seat back and enjoy all the undue attention it’s getting from the people and the media. More people have died from modern-day terrorist activity than people in the last hundred years did out of world wars, poverty, and famine.

Today, as a race, we are in a conflicting situation. In a manner observed and studied, there hasn’t been a time more prosperous for the so-called bad elements of the society to strengthen their grip and squeeze what good is left in us. Therefore with the utmost anticipation of the good, we digest what’s bad. Through this, we begin to understand the meaning of greater things, such as the value of human life and the negative stamp of authority terrorist organizations are putting to end the debacle once and for all.

Society as a whole hasn’t been at the intersection of good versus the bad because the power to reflect and understand the good from the bad unmistakably is done through deep thought and requires continuous ponder of mental thought. Elimination of terrorism should be the first thing on everyone’s bucket list on the planet, and when this becomes the primal concern, we free ourselves from the shackles of continuous destitution. But we must move through greater depths to realize the beauty that exists in the world, and that’s why terrorism should be the first thing that should be eliminated from the bucket list.

The InCAP - December 27, 2020 0
Before the world had turned upside down, what we had was a mere imitation of inhabitancy. Accusations are hurled continually in this principle, and...