Home Perspective British Eat Out To Help Out Scheme 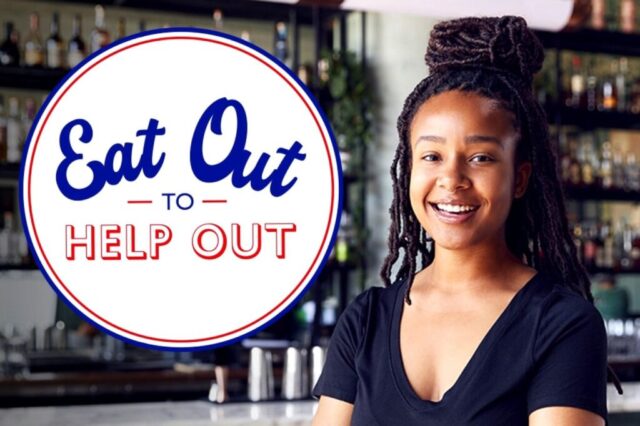 Once I heard in my early days that if you want to get into someone’s heart, you should appease his stomach first. I don’t know if Chancellor Rishi Sunak had heard the same thing, but including the Eat Out to Help Out Scheme in his Summer Statement appeared to be a clever decision. I am aiming to give an idea of why I classed this as a clever decision.

Coronavirus affected the UK economy massively, as it did many others. From the very early stages of the pandemic, the UK government has been trying to support small businesses with loans, tax relief schemes, cash grants, sick pay, business rate relief, and many other incentives. It kept upping the various levels of support for self-employed businesses, small and medium-sized businesses, and for large businesses too, where employers could apply for staff to get up to 80% of their wages paid if they were unable to work. Self-employed people can receive up to £2,500 per month in grants for at least 3 months. The furlough scheme became quite useful and beneficial for both employers and employees. This was the government’s Coronavirus Job Retention scheme to pay workers while they were unable to work. This is known as being ‘furloughed’.

In the Summer Statement, Mr. Sunak confirmed the end of the furlough scheme from the month of October. But he included other items in this statement, such as the Kickstart scheme, which is basically a trainee incentive scheme that is to be funded by The Treasury for the creation of new jobs for 16 to 24-year-olds. Stamp duty holiday, temporary VAT cut, home insulation vouchers, and eating-out vouchers also were in this Summer Statement. However, Mr. Sunak was criticized for not including any plans for jobs (for adults), or any clear indication of further support for self-employed workers. We can talk about these in another discussion perhaps, but for now, let’s concentrate on Eat Out to Help Out.

The government was attracting eateries to participate in this scheme by explaining that it would incentivize customers to eat in their restaurant or other eating establishments by giving them a discount, which the business could then claim back from the government. They also explained their intention: the scheme would drum up business on quieter days of the week and meant establishments could build their businesses back up. 85 thousand participants responded positively to this scheme. Around 80% of companies based in the hospitality sector were closed in April, with more than 1.4m staff furloughed. The Treasury said it was the hardest-hit sector until it was allowed to reopen on July 4.

The Eat Out to Help Out scheme was offered at participating establishments, including restaurants, hotel restaurants, Cafés, public houses that served food, holiday sites, and leisure facilities, dining rooms within members’ clubs, the workplace, and school canteens. Diners were to get a 50% discount on food and drinks. There were a few simple conditions to follow through. The UK Gov website published detailed guidelines for both for diners and eateries. The discount was automatically available at participating establishments. Establishments then claimed reimbursement from the government for the discount they’d given to customers. All diners in a group of any size could use the discount. For the areas under local lockdown was a guideline all both parties should have followed.

Interestingly, as soon as the scheme was in place from the 3rd of August, it blew up among diners. In popular restaurants, there were huge queues visible outside over the discounted period. Due to the lack of table availability, many diners had to go back home, too. It could have been the consequence of the boredom of being cooped up inside the home, or a true willingness to help out the restaurant sector. According to the Mind, one of the largest mental health charity in the UK, advised that due to spending a lot of time at home without social gathering could trigger mental health problems. We know that mental health is a big concern in the UK as an effect of this corona pandemic. Since the lockdown was a little released in July, many restaurants have reopened but were not doing great business like before. Eat Out to Help Out was designed to encourage customers to dine-out following months of lockdown. It is not too much to claim that this opportunity to socialize with other people in person helped improve mental health well-being and result in social consideration. Whatever the underlying reasons, Chancellor Rishi Sunak said: “…with more than 64 million meals discounted so far, that’s equivalent to nearly every person in the country dining out to protect jobs.’

Nonetheless, I myself had come across a few restaurants who didn’t continue the scheme for the full period. Most of these businesses mentioned that they experienced challenges due to the lack of staff, and maintaining distancing guidelines due to the coronavirus. There were a few restaurants too that were forcefully closed as they failed to maintain those distancing rules. There were many more restaurants that didn’t participate in the scheme either. On the other hand, the success of the scheme inspired eateries so much that they wanted to keep this scheme up running until the next month of September. Rishi Sunak was adamant not to extend this. Few other restaurants, like Pizza Hut, Weatherspoon, and Harvesters, kept the offer going at their own cost. It is good news for the diners, few restaurants are still continuing this offer on their own capacity. Not only that, the scheme inspired other businesses to raise petitions for similar incentives.

Seemingly, the UK economy is at risk at the moment. All the decisions they have taken so far were based on the condition of that scenario in the back of their heads. Think about opening school back in September. According to some people, schools opened too early. The relevant issues, such as opening businesses as usual, were directly connected. If schools are closed, parents have to take time off, too. This has a direct impact on the economy, and perhaps the UK wasn’t ready for that. Another group of people has accused Eat Out to Help Out for inviting the second wave of the pandemic. It may take a longer time to decide what role this scheme played, but it is surely not hard to imagine what role it played in the ground of the British economy and the positive role in mental health. If this experience could be implemented into other sectors, it would be critical support for those sectors, too.

Why You Should Get Vaccinated RIGHT NOW!

The InCAP - August 8, 2021 0
In early 2020, China noticed an outbreak of a unique, sometimes lethal, severe respiratory illness. The virus was initially identified in Hubei Province in...