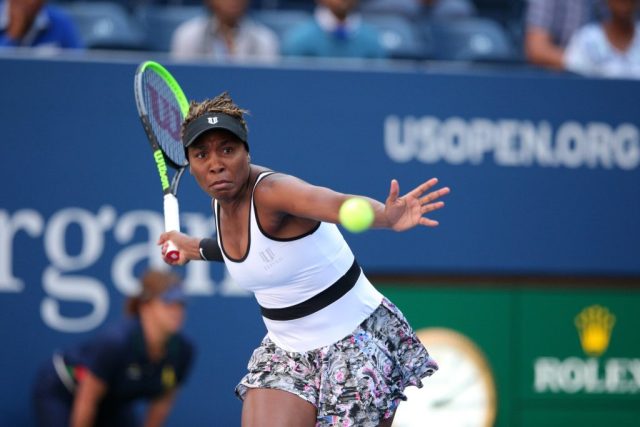 Venus Williams understands more about tennis than most people on the planet. She has 23 Grand Slam titles to her credit, including seven singles titles and four Olympic gold medals. She also utilizes the talents she developed on the court over more than two decades to her commercial pursuits. The article is about 3 lessons from Venus Williams.

Williams launched the sporting clothing business EleVen in 2007. She’s also a board member of HumanCo, which invests in brands that promote sustainability and a better lifestyle. She also became a minority owner of the Miami Dolphins in 2009.

“You learn everything in sports without even realizing it,” Williams explains, “I’ve learned how to win, fail, create new goals, deal with myself, others, and all of that. “It’s hilarious: I once picked up a book about resilience from a prestigious business school. Oh, I learned that when playing tennis!” she exclaimed. Her Sister, Serena Jemeca Williams (know her lifestyle), started playing tennis with Venus Williams and her father, Richard Williams.

However, Williams talks about not getting distracted by other people’s expectations, staying diligent about mental health, and why being honest is easier in the long run in success stories.

Paying too much attention to what others expect of you can cause your view to get clouded. It’s difficult to tell whether the goals you’re working on are what you want or what you think you should desire when you’re focused on what everyone else says you should do.

Williams has faced this strain on a much larger scale because she has spent her entire life in the public glare. The media, fans, and self-proclaimed tennis gurus have all weighed in with their thoughts on her profession and personal life.

Williams claims that she has always played tennis for herself, despite the avalanche of attention.

“My parents instilled in us from a young age that you must do this for yourself; you are not doing it for anyone else,” she explains. So she makes it a habit to check in with herself regularly to make sure she’s centering her voice.

“This year, I found myself checking in with myself and realizing, ‘Oh my my, I’ve started to worry what other people think of my results, or whatever,” Williams says, “and returning to that liberation of truly letting it be about you and not about everyone else.”

Whether it’s about your business or personal life, people will have opinions. Even if you aren’t a world-famous athlete, your family, friends, or coworkers may be pressing you to follow a route you aren’t sure about. But, unfortunately, you are the only one who has the last say.

Even when you feel well, proactive mental health care must be a continuous process that you build on and sustain. Don’t put off adding items to your toolbox until you’re in a crisis.

This is true for everyone, but it is especially true for those who push themselves to tackle challenging tasks. Entrepreneurs and other leaders and professional athletes, particularly in solitary sports, fall under this category.

Being the one in command can be isolating. Taking responsibility for your success or failure relieves you of the pressure to satisfy other people’s expectations, but it also adds much stress.

You must be able to deal with stress continuously. “I find that you need to do the work in preparation,” Williams says, “especially in those moments when you’re alone.” “It’s not, ‘OK, now that I’ve had a nervous breakdown, I’ll do it:’ You’re doing that job every week, so you should be able to stay in that nice spot.”

Consistently focusing on strategies to improve your mental health will ensure you’re more prepared when you need aid, much like athletes train for contests.

When you have a need or a desire, be open and honest about it partly because it’s often the only method to get the word out to others. But also because pretending otherwise is exhausting and leads to more issues down the road.

“This is all so intricate,” Williams adds. “When you don’t want to do something but dodge it, or you say, ‘Yeah, I’m going to do it,’ but you’re just going to tell him later that you’re not going to do it.” “Just say, ‘I’m sorry, but I can’t.'” It’s liberating to be honest, and set those expectations.”

Yes, having open and honest discussions can be challenging. But, on the other hand, avoiding the truth merely adds to the problems and ensures that you won’t obtain what you want without hurting someone’s feelings.

Taking charge of your life and your decisions entail asserting your authority. It also means you’ll be the one to make tough decisions and stick to them. So give yourself the tools you’ll need, have faith in your ability, and be your advocate.

How Does Serena Maintain Both Fashion And Profession?