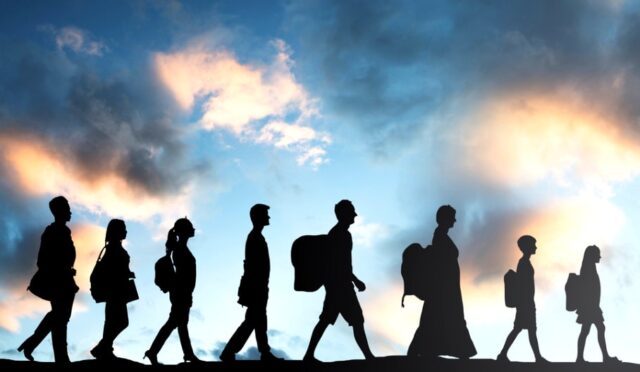 Since the establishment of human society, nature has been trying to find a solution to how a society can function effectively. Impositions on almost everything to date have been a construction of societal evaluation through the laws mostly created by man. The way in which the process of evaluation takes place undermines some of the most stringent flaws that make stature of abhorrent flaws, in the closest of vicinities, the real change that took place for societal acceptance of notable laws that would dictate how the society functions have put us in the driver’s seat.

Now more than ever, a time is reached where we slowly demystify the aptness of critically humanizing from the perspective of acceptable violence. The society at large has remained indebted to the very people and culture, making it up-without proper grounds have we been never able to perform a deed to mitigate the innate hindrances within each of us. Profound measures have been taken by people of the tricks of the trade but what is being extracted is the singular notion into that of multiple ones.

The human society as a formulation of a system has put up its hand long ago, and if not for the construction of the mechanisms governing tasks laid down according to the agenda, the end results culminate into an ugly one. There isn’t a proper methodical way of explaining how society functions as there are more variables than constants, and with effective measures taken day in and out of places from households to offices to industries, the real formulation takes place as we speak in a manner observable through the lens of intuition. Before we begin to talk about the future, we must take a look, and that too not at the past but at how we conceived the future to be and how the current state of juncture amplifies its own procession.

The developmental concerns have taken the whole situation as an unprecedented upheaval from its current state, and the state of matter is that we are not lost in the herd of billions of informative situations that the human race is tackling every second. The change is of two types: The positive ones fringes on aspects that entertain our thoughts to the negativities that bring disappointments, and the epic frown on our face. Perhaps the range of our thought is truly limited on the basis of what’s possible but what’s really possible is the art of human endeavor.

Although the visibility associated with the way an imposition function provides a way to debunk reversibility. As the word indicates, Reversibility is an excellent conceptual idea as it clearly reflects back into the idea of the people who are imposing laws and manufacturing situations out of thin air to aid impositions on various aspects of life and work.

The real deal is that of which soundproof is: The constitution and the government are the best of aides in easing ourselves into impositions. Till we see the light at the end of the tunnel, societal impositions are the only thing that maintains any country’s economic and political order. Because as we rise above the average Joe’s pay grade, getting a job done isn’t seemingly that easy or that hard; rather, it lies somewhere in an obscure region of clarity.

By taking actions to render society’s operations easier, the way modern democracy has developed into a more modern world has perforated through all aspects of the government, and through this, we have the modern world. The coherence isn’t that easily abrupt, and the measures are taken to maintain it as such is gaining strength as each day passes. Just like still water, the situation regarding impositions remains as calm as it can get, and the acceptance of such things always gets the popular choice or vote as we begin to synthesize situation using laws of political attenuation and get that done through massive undertaking on a firstly a national level and then towards a day where the international dominance of factors recurred as absolutes take over everything else.

Almost every aspect of our society in this modern age shares some common denominators-paucities of the remnants of our actions that lend us the heresy of political process-has ever so profoundly merged two concepts, name that of society and economy into a single one and through the timely procession as we speak, in a manner ever so much more evident, the likes of which exude rhetorical confidence. We must then revisit how the entire world works, as countries and cultures are different from each other.

From the bird’s eye point of view, we have now as a civilization reached the apex of impositions. In an ever so silent and soundless manner, impositions from now on can’t get any harsher and tougher, and the only way is up. The uptrend that we shall see in the future and learn from that of the past is two things which never coincide with each other, but there are things to learn from each of those things: The matter of fact remains we are undergoing a massive cultural trend that will affect the policy, economics, and politics in general in such a way as to dehumanize humanity itself.

In a time and age where the dependency on technology is slowly uplifting societal impositions away from our households, the time for it to be completely obliterated has never ever been in a crucial state as it is of today, and this is the time to recognize the ability and put it to the best of uses.