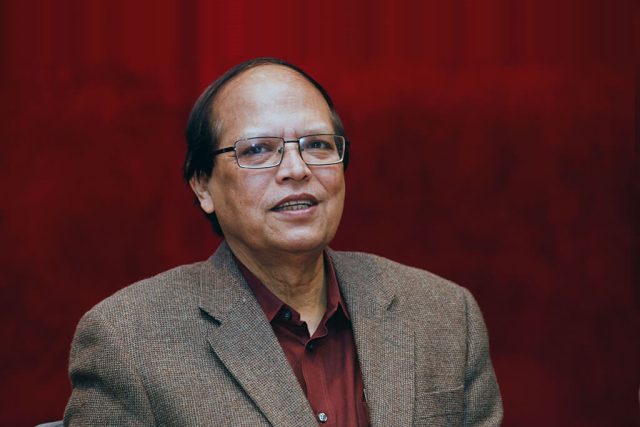 The macroeconomic progress of Bangladesh in the five decades of independence is undoubtedly unimaginable. However, despite the existing economic inequalities, the benefits of economic progress have been extended to people from all walks of life. For example, in the 50 years of Bangladesh, paddy production has increased more than four times, wheat twice, corn ten times, and vegetables five times at its best scenario in food production. On another note, Bangladesh is the second in freshwater fish, self-sufficient in meat. Dr. Atiur Rahman expresses in this article that Bangladesh Bank Led To Booming Macroeconomic Progress.

Immediately after independence, experts were deeply concerned about the country’s economic future, which will be the country with a half-trillion-dollar economy in the next financial year. This economy is worth 1 trillion dollars in terms of Purchasing Power Parity (PPP). Despite the economic stagnation caused by the coronavirus pandemic, Bangladesh is soon dreaming of double-digit growth.

It has already achieved the status of a developing country where the per capita income has risen to USD$2,591 in the wake of the disaster. In the last six months, foreign loan assistance was a record amount compared to the other years. Soon after the country’s independence, Bangabandhu started the incredible progress of inclusive development with the highest priority on the economic security and security of the people, which made it possible to raise the per capita income from just USD$93 to USD$273 in less than four years.

If these advances had not come to a standstill after losing Bangabandhu physically, we might have reached today’s state earlier. However, after many sacrifices and struggles, the country has returned to its desired path by holding the hand of Prime Minister Sheikh Hasina, the daughter of the Bangabandhu Sheikh Mujibur Rahman, especially under her leadership, our macroeconomic progress has reached a new height. She has put the country’s economy in a strong position by tackling various challenges in the wake of the global economic downturn of 2007-08. And the central bank of the country has tried to give proper support to its government in this regard. In that sense, Bangladesh Bank has achieved the characteristics of a development-oriented central bank.

In the aftermath of World War II, we have seen the proliferation of traditional central banking worldwide. In some developing countries, the tide has turned, but since the Washington Consensus, the central bank’s activities have been limited to formulating and implementing an inflation-targeting monetary policy.

By the end of the first decade of this century, it has become quite clear that all the economies, large and small, have to bear the brunt of traditional central banking, as reflected in the global financial crisis. In this regard, the chief economist of IMF commented about the banking limitations at that time and said, “The root advancement can come from leveraged monetary policy. We made ourselves clear that the central bank’s only goal is to control inflation. One thing we can learn from the experience of this crisis is that our perception of the role of monetary policy is completely wrong, and it is not right when it is convenient.”

The new adventure of the development-oriented central bank began from this place of realization. And Bangladesh Bank has acted as a pioneer in this journey. In an article published in Review of Keynesian Economics (Volume 1, 2013), Gerald Epstein accurately illustrates this pioneering role of the Bangladesh Bank through a case study. According to him, as Bangladesh Bank has been able to act as an agent of sustainable economic development, it has been possible to keep Bangladesh’s economy afloat even in those mentioned above global financial crisis.

Our economy was under particular pressure in 2008-09 due to the global financial crisis and its political-economic realities. But the role of the development-oriented central bank has been instrumental in overcoming this crisis. In coordination with the revenue policy of the government, at that time, we tried on behalf of the Bangladesh Bank to ensure the flow of resources in the productive ‘real economy.’ This was the main objective of our massive financial inclusion drive. Through agriculture, MSMEs, women entrepreneurs, and green finance, they have made every effort to effectively deliver financial services to the deck of the social pyramid.

In addition, it has been possible to control inflation and control the supply side, increase reserves, and speed up investment. On the one hand, as agriculture and industry have developed, money has also gone into the hands of the people. On the other hand, as a result, the demand in the domestic market has also increased in parallel. This internal demand is at the heart of our growth (about 60 percent).

The unimaginable changes that have taken place in the financial sector of Bangladesh over the last 50 years can be felt from two sources:

This journey of development-oriented central banking, which started in 2008-09, was continued in later times. Its benefits are also noticeable in various indices. As can be seen from the report of FAS Survey 2018, the number of branches of the bank has increased by 7% for every one lakh citizen from 2013 to 2018. During the same period, the number of ATMs increased by 68 percent. Aligned with such expansion, mobile money agents are even higher, from 187 in 2013 to 667 in 2018. The number of mobile money accounts has quadrupled (45 to 178).

Now, only over BDT22 crore is transacted in mobile financial services every day. It can be said that these policies of the Bangladesh Bank have acted as one of the primary regulators in achieving our national sustainable development goals. The country’s banking system will also play a vital role in the government’s current incentives for economic recovery from the covid-19 crisis.

Without going into the debate on who got more or less among the big and small entrepreneurs, it can be said that the bankers have played a courageous role as front-line warriors in the corona crisis. Therefore, for more than a decade now, development-oriented central banking has been able to provide adequate financial services to all and increase the capacity of the financial sector. At the heart of development-oriented central banking in Bangladesh is digitizing financial assistance to make these services more accessible and secure.

Likewise, from the onset of the epidemic till May 2021, about 20 million MFS accounts have been opened because people have relied on MFS as a safe way to transact money during an epidemic. Compared to the previous year (2020), transactions through MFS in May 2021 increased more than five times, stood BDT 712 billion. The same trend has been seen in the case of agent banking. During the coronavirus pandemic in 2020, the distribution of loans through agent banking increased by 370 percent (almost five times), remittance flow increased by 302 percent (more than four times), and utility bill payments increased by 17 percent.

To make the incentive program inclusive, Bangladesh Bank has taken the initiative to increase the credit of CSME and Nano loans and credit guarantee scheme. The central bank is focusing on innovation as part of digital financing. It takes steps to issue nano-credit, interoperable, or interchangeable unique financial identification numbers.

For 10-12 years, the Central Bank of Bangladesh has been working to support the government’s long-term climate-friendly initiatives (such as the Mujib Climate Prosperity Plan Delta Plan 2100, including greening the garment and leather industries, expansion of solar power, etc.).

In addition, sustainable financing policy and financing include BDT 200 crore refinance scheme for 52 green products, green transformation fund for export-oriented industries, and one crore taka technology development fund for green technology innovation, and ESG risk management policy Bangladesh Bank. This success of development-oriented central banking is undoubtedly commendable and commendable. But at the same time, we have to learn from our own experiences and make more progress. From the last 10-12 years of financial inclusion campaigns, it is necessary to see which initiatives have been most successful and understand the reasons behind that success; then, the future roadmap has to be based on it.

Undoubtedly, the central bank also faces many challenges. We need to move forward by keeping the growth trend intact, controlling inflation, tackling rising income inequality, defaulting debt, and climate change challenges. More than a decade ago, the work that we started is now gaining world recognition. So when Professor Barry Eichengreen of the University of California, Berkeley, wrote on his Project Syndicate blog a year ago that monetary policy needs to look beyond inflation, I was not surprised. He wrote, “Monetary Policy has implications for issues beyond inflation and payments, including climate change and inequality […]. The best way forward for central bankers is to use monetary policy to target inflation while directing their regulatory powers at other pressing concerns.”

With this in mind, our central bank needs to walk its tested path with more confidence. Hopefully, the government will not hesitate to smooth the way for the central bank to continue.