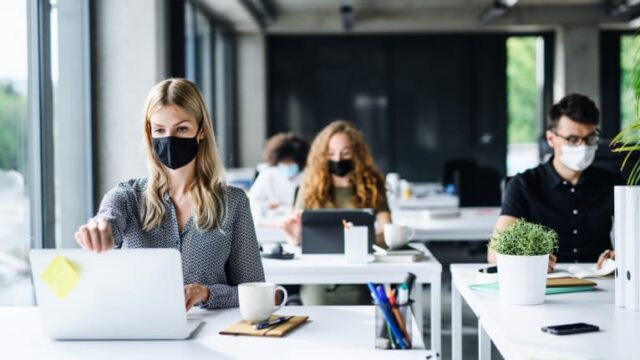 Slowly but gradually, the world today is setting into a place of comfort and reliability. Intuitive understanding and the impact of intuitive psychology have an unresolvable bearing on the modern-day world and can’t be replaced. Judgment can’t be conditional; rather, they act as a direct message of the carrier of opinion that one has over the other but does this uphold dominance?

The answer to it remains starkly voluble and meaningfully wonderful in the lands where our thoughts get lost in cohesive premonition. The capacity of judgment is basically built on limited validity and is processed according to the standard heuristic rules. Reliance on heuristic manifestos leads to systematic errors, which bring about errors in our choices. Judgment can never be an accurate approximation of what the mind has to offer, judgments are there to improve the self-solvency and mental image we have of ourselves and that too comes from the smears of gossips which are deliberately and in more oftentimes goes through prolonged deep thinking.

Thinking deep isn’t such a difficult thing to do. So much so that the rules follow the antecedents and that amazingly follows the causes of how we achieve at a particular point in time in the state that we are in. The systematic sources of errors are called the so-called “Biases” that we have today at our hands: None of it can escape our imagination, and fragmenting them leads to know-where. Rather we have a thing called EQ, or Emotional Quotient, which is becoming a field of interest for scientists and laymen alike-from manufacturing satellites to cars to a domestic home appliance-the range, and the ability for the so-called Biases inbuilt in the system of society doesn’t make a living any easier. So how do we redefine something that itself has a dark background of uncertainty?

The answer to this question remains in the vicinity of how the world has learned to recuperate from obstacles and hindrances far away and close to the vicinity in question again. The vicinity has been the constant involvement of the state and its people to signify and redesign the whole world that we see today. The world that we see today has been through a lot-from war to famines to periods of extraordinary economic growth and peace-today through history and a look back, we have come and reached a temporary peak of a temporary achievement. The Biases are based on three conditions-representativeness, availability, and adjustment, along with anchoring.

Each of them is shortly discussed as at; first, we have the representativeness heuristic, which determines the probabilistic model as to decide things which belong in certain groups or clusters: For example, if A belongs to Z, then the conclusion to be valid A must bear any resemblance across all formats that would confirm its belonging to Z. That’s representative heuristic. The second form of heuristic is availability and how instances and occurrences can be brought is just the dust off the book. Basically, this bias is related to the irretrievability of biases and how the manipulation of information can create and eliminate biases.

At last, we have the adjustment and anchoring biases, and these give us the information about how adjustments slither into anchoring by two retrospectives scenarios-people estimate a certain value, and they have a completely different value at the end of the process. The problem suggests the initial value and formulation of the problems, and adjustments become insufficient. However, anchoring in other terms means that any deviation from ultimate failure will be doomed useless as new ways to rectify judgment are built even on incomplete computation.

The world today has become a fan of statistics. Require to prove something, give me the stats. How far does this statement correlate with intuitive statistics and the way the mind has adjusted itself with society and the environment. The reason for those thoughts go way above our heads and out of the orbit of the planet, but as we are still living as the most form of dominant species on the planet, something might indicate our success.

Is it our ability to think, to gauge, and wonder the why and how of who we are and what we are meant to do or the close link of all the monotheistic religions that exist that indicate something greater than just human beings’ controls everything at hand? Intuitive statistics can be judged from some of the most clichéd examples today in the world: A chess master passing a game and saying its condition or who’s going to win it or a mathematician calculating fractions within seconds without a calculator. Today’s world has reached a place where intuitive statistics have become a major concern, and the cognitive science behind it has a tremendous bearing on future research.

Heuristic approximation is connected with the judgments we make. Purely on the basis of definition, heuristic means “It is an approach to problem solving or self-discovery that can’t always be rational or optimal”. From this, we link judgments and see how unfair approximations are ruining the society at large and individuals inside out.

Before a judgment is made, we look for the ability to jump from one emotional state to the other, and as is written, EQ forms a pair with heuristic measures, which gives us the modern-day psychological analysis and deep pondering as to the being of things. And as we take strides into the future, the same heuristic patterns recur in an absolute fashion.

The Rise of Russia And 21st-century Warfare

The InCAP Desk - March 8, 2022 0
It has not been months since we have seen the gradual rise in tensions in Europe. However, this was a good estimation and a...