Home Finance Market Capitalization: How Bangladesh Could Become A G20 Nation by The End... 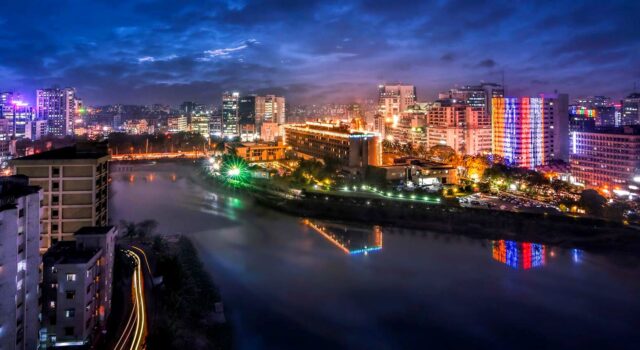 Bangladesh is taking steps towards procession. The veil that creates an atmosphere of embroilment has far long gone. Today as a nation, we face multiple challenges arising from numerous sources. The way we should begin to develop and understand our case, let alone the global one has become the point of discussion.

With no more than a few years to go before the effect of global turmoil takes place, the methods of reciprocity and the balance that should be maintained must be in the proper sequence. Intent alone can never be sufficient enough to leave everything in charge of absolute safety, whereas from the other side, absolute safety means complete surety regarding the vicinity of economic and social fragility. So far, we have seen the divide that creates the providence in the society, the means by which segregation sets apart moral justice and interpretations of the utmost of people from an unattainable apex gets to a dominant font.

The economic prowess of Bangladesh is getting to a point from where contraction disappears, and what surfaces is positivity and growth. But, too much avail, there isn’t a time, place or situation that culminates into making an eventful scenario; all is left is of people trying to de-humanize the human endeavor meaningfully.

Now combine all of our efforts and what we have-admit it or not- a nation full of promise and prosperity backed up by numbers and statistics. Yet as a race, we face trying times, times where the environment is solely withering away when we find the economic backlash as a consequence of environmental impact becoming more and more serious with each day.

By the end of the decade (2000-2010), Bangladesh was languishing in every aspect, and how the formulation of ordinary men’s reactions might seem unpleasant. The perception of the ordinary man doesn’t necessarily reflect the behavior pattern of the common pupil. To this day, the entrenchment and embodiment of that aspect have left us in a situation breathless. Even towards going into a place and form from which we reach the point break of universal backlash, the human civilization as a race has finally transgressed.

More importantly, how we analyze mannerisms and social etiquette helps us put things in the right perspectives. The small country of Bangladesh has moved so far away from its origins that being called a Bengali has lost the trademark characteristics of the title. The deviation might seem believable, as the rigorous propensity with which we have built the backbone of the individual and the society are at serious risk of collapse, and the collapse can’t be hindered unless and until we make preparations to take on the harmful and bad elements of the society.

All the believability in the social system is also at risk, as rampant corruption puts the political embargo at risk, and as a result, the ordinary men become the defaulter of such niches. To put us above the situation will mean that we have put millions of lives at risk. The culminating perforation that people undergo as a country grows, the economic and cultural impact remains equally important.

The G20 representing the world most sought after economies according to nominal GDP was for a time an inclusive club, and since the inception of these types of groups like the BRICS and G7, Bangladesh has it all in terms of resources, manpower, a young thriving, and vibrant population and at last the willingness to take the country to unprecedented heights. However, drifting away from tradition and introducing new unreliable ways of conduct and practice has shattered the backbone of many countries, and if proper measures aren’t taken, Bangladesh will fall into the same line of thought. Color and being Colorblind in terms of the inability to repeatedly and instantly recognize the troubles that the race has to deal with continually has become the biggest hindrance of the modern world.

The weight of the world is now on our shoulders, so for sure we know two things: We acknowledge and receive the challenges of the 21st century limited not only nationally but international policy dialogue and the cleanliness of purity of thought that should automatically deviate us from the realms of disgustful misfortune. However, being a G20 country and the prestige attached to the label necessarily mean everything’s perfect. The human mind must take a deep dive into the problems of a particular countries society and attach them to the global view so that we can reach a win-win situation and the factors behind the win-win situation remains the way the society has evolved and how the components have adjusted themselves- The society at large has met the requirements of its inhabitants.

The G20 and being a part of it is not at all an easy feat. To understand it, we must extrapolate the information we got, and the temperature of the social steam and the lid acting as an ominous cover-up of the real picture will be brought to the fore. In so many ways and not in so many ways, the Bengali race, especially most of them being in Bangladesh, has put us in an unbelievable place of the tipping point between desire and dignity. From this desire and dignity, we arrive at a simple conclusion: what do we do with what we have, and how we can cause a mass-social beneficial order that will follow the success pathway. Success isn’t bilaterally an exclusive thing, and an external agent might be working in our favor, but its description comes from the evolution of life forms and how we are acting for our survival, amongst many other things on the simplest of levels.

The G20 might seem elusive now but give or take 20 years, Bangladesh will inch closer to becoming a part of the league. Not only will it strengthen the trade industry, but in many ways, it will strengthen the economic, moral, and social backdrop that has pervaded the country since its independence.