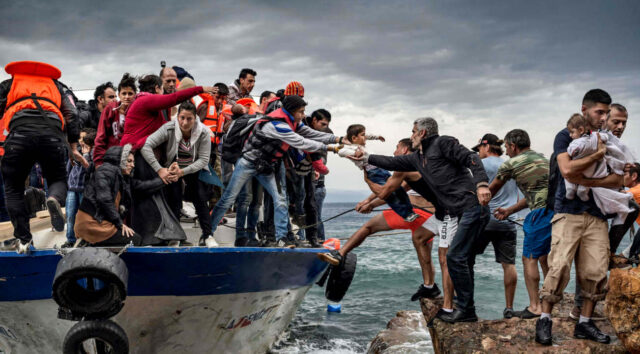 Before the world had turned upside down, what we had was a mere imitation of inhabitancy. Accusations are hurled continually in this principle, and this has weakened the concept of immigration into one that of a refugee.

Delving into the current refugee crisis scenario all-around the world, the most prominently invigorating case is that of the Rohingya crisis that the people of Bangladesh are handling with. The mass emancipation following this crisis is terrifically immense, and there is no shortage of the degree to which the situation has been manhandled.

Through brutal genocide and the ineffective measures by the nation of Myanmar, an unnecessary and unethical crackdown on the people of the Rakhine state of Myanmar by Military forces of Myanmar has made the entire scenario a sad case of unlawful mistrust. Very few words have been misspoken on this issue, and other countries have provided guidelines to reach a phase of tranquility through international collaboration and measures.

A refugee crisis doesn’t develop from the forefront of mistreatment of basic humanitarian laws. In fact, it arises out of the disparity in terms of cultural background: When the minorities are put up against a powerful majority, and the majority in many ways impose laws on the minority where there are no preexisting provisions to help the minority. Effective actions have already been taken since the inception of the Rohingya crisis back in 2017, when the military forces of Myanmar cracked down on the Rohingya people.

The perceptions of other nations about this crisis have become a case for some hard talk. The way the situation has developed in a massive culmination of modern-day liberty has itself put the barriers down in favor of the minority. Yet, these minorities flee to Bangladesh and many other nations of South and Southeast Asia. To foresee with rigor into the future of Refugee crises and mass allocation of population and their resources, a hard look into the favor of refugees and their settlement has become a serious case again to behold.

In a world that remains divided, now more than ever, the refugee crisis of the Rohingya people reminds us of humanity’s basic tenants and the value of human life. All of us are polarized to some extent; the fact that we begin as caregivers and get that in return, has become the eventual truth.

The pace at which the inculcation of refugees back into Myanmar or other places yet uninhabited by the people is the biggest positive aspect for the entire world. We have learned a lot from this, but in a very useful way, we have successfully built a pavement for rigorous and inert concepts of the society. Many people are still in the shadow of what is going on; in fact, what is going on is the same picture as its silhouette, and by that amount, we are already there.

Ever so much more profoundly, in the history of facto, it reminds us of the resources and political prowess instilled in us to shine the light through the bureaucracy.

The crackdown of the agenda of the Military of Myanmar is a point of clear notation. The notation being the points that the sides use in their favor even when they have the advantage-the upper hand will always rest above-and by this, the modulation of mass displacement is reached. The mass displacement has altogether made a clear distinction and difference between the gainers and the sufferers.

Till this date and as of 2020, the refugee crisis in the African subcontinent and more rigorously that of the Rohingya crisis has reached a state of enormous faith. Before heading back to the board, by means of pure effectiveness of ethical background of a particular culture of refugee behavior, we have amoralism and its practice.

The segregation has put all of us into one of the worst as we are in a clear scenario ever. With ever so means of mental utility, what has been observed is a particular use of rhetoric to undermine factual evidence. And as far as insinuation goes, the social euphemism holds its ground. And The place where the Genocide goes becomes a construed constructive criticism. Genocides of that have already taken place plus and minus from today to 50 years ago, the social unrest that mitigates the irruptive under halt to have a notion of the preemptive undertaking.

The Rohingya people have been accused of having agenda and by them not claiming it, the situation worsens. Allegations of mistreatment-both physical and mental-have put us under serious examination. From the way, we get to the point of utter idiosyncrasy. The clearance law by the Myanmar army and illicit compliances has put the minority Rohingya in danger.

As far as the route towards narcissism goes, the world’s people can take a lesson from what had happened to the Rohingya people. People, when their freedom is taken away and the wings of liberty have shot down; there are instances where we properly use the resources at hand to mitigate calamity. The real danger lies in the way we see our reflection and how our very selves look back at us, and then we understand ourselves and know that we as individuals are the best judge of our own selves.

The InCAP - February 9, 2019 0
There are many different Ph.D. programs which are conventional in the world education system. You can find many training programs, degrees and different courses,...