Home Perspective Service Sector And Manufacturing Industry: Where We Are Headed! 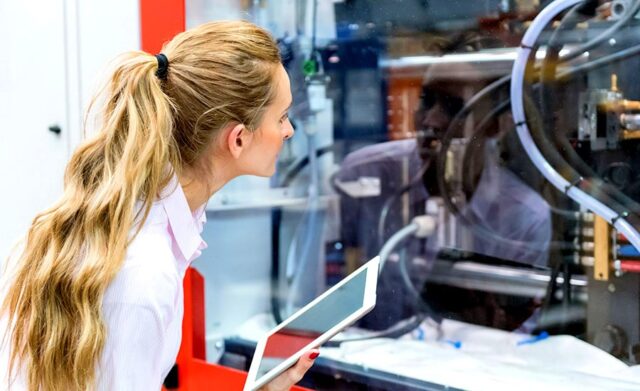 Till the last part of the 20th century, a wave of new technological sphere began shaping the world we live in. Industrialization, more appropriately, the new innovations leading the world into the future, began to take the baby steps in the already evolving world of innate resolution across business platforms. But, as far as the importance of dominant factors is concerned, the effervescence of this sector gave way to modern capitalism we know today, and it is the service sector.

The service sector wasn’t innovation but a discovery which was existent but not approved and recognized as an integral part of the Economic system of various operative mechanisms governing the interaction between the consumer base with the product creator and quality control departments of different industries, all working together to give what the consumer needs.

Everything in the world today, from a T-Shirt to our mobile phone, involves its culmination and must involve the quality of the service sector and the industries that create the products for us. There is a pretty evident gap between these two notions in their simplest form: Service sectors provide services, and the industrial sector involves manufacturing products and utilities, although not all the time reaches us in predictable forms.

Before the beginning of the millennium and without the forms of sciences available to us into the millennium, public-private platforms and their mesh up in percent formation decide the width of the gap between the service and manufacturing industry. The core liabilities lie with the suppliers or, in other words, vendors who protrude their financial offerings or products and their comparative reach to the consumers through attracting capabilities and expanding their attracting capability to reach to an ever increasing consumer base for that particular product.

Looking forward, the concept of the capitalistic supply chain, where the links of the chain involve the relationship that the suppliers (vendors) and consumers have with each other and wherein scenario of years ahead in the future will go will completely depend on the financial ecosystem of the country. Vendors always act as the third person in the business scene, as is the case with retailers where the retailers buy things from the vendors at wholesale price and sell it to consumers at retail price. Within the gap between retail and wholesale price lies the amount that is lost by the consumer and gained by the retailer. Such is the system that an inert fault and mathematics set in place make the product available to us is always at a rate higher than its pure original cost, and there’s nothing we can do about it.

What can be done is to take measures that ensure the time, opportunity, and availability of resources that a vendor must have to sell products at wholesale price to the consumer; therefore, the barrier for which the consumer expends extra money dissolves down to nil. But the retail industry has gone through leaps and bounds to such an extent that elimination of it will create financial nuisance and loss of security. The quantities and factors that determine the domain of trade and business are minimal because the business methods are in itself a changing quantity, varying from place to place, time to time, and from the view of the proper and improper context of the idea.

The biggest question to ask is how a systematic procedure can be set in such way and to such decree that the financial balance is maintained along with a deeper development of the supplier or vendor with the consumer base. Many theories have been proposed, and others have been put aside, but the idea of formulating a pattern, which on the basis of application will be on a cycle of progressive renewables, renewables which at the foremost include energy and environment and the minuscule of it include the social and economic development of the country as a whole.

As of now, the situation is far from dire. The relativity which is there in the system puts a Marxist approach to revolutionary capitalism that marks the automation by which the periods of imbalance in the financial world is marked by a profound understanding of the functions of the business scene including both Big and Small business, both public and private and all sort of contractors making life easy for the service providers because at and I again repeat the junctions where the two sectors collide with emanation. This transient exuberance lies within the events that will occur leaves the functionalities at a state far from rest.

Hence, we have rising unemployment levels, devaluation of the currency, rising interest rates by banks, and at last, poverty and famine in the worst cases, as evident in the third world countries (Mainly Africa). The code of conduct of conflicts that arises out business transaction puts the transactions at risk. This very transaction can be grouped into two systems: First, the most evident is through a third-party source or buying houses. The second is direct communication between the service provider and the customer (Big Basket in India). Both of this system is in a continual renewal in developed and developing countries whereas, in the case of underdeveloped countries, these are almost nonexistent.

As far as trade and businesses are concerned, the service sector above everything else signifies that the industrial sector is a constant job.

The InCAP Desk - June 9, 2022 0
The Chittagong fires in the depot have caught worldwide attention. It has so far killed 49 people, and many others are injured. This sort...