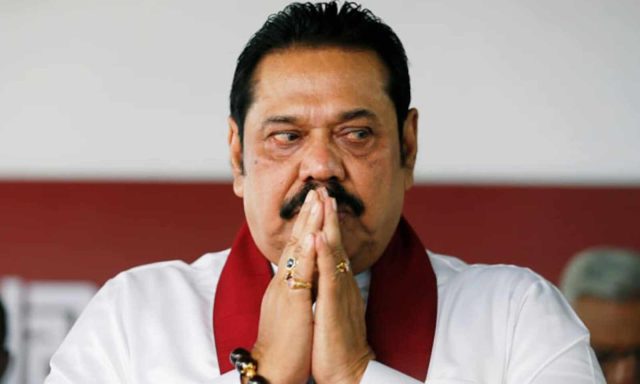 However, an official said that the prime minister had sent his resignation letter to the President; Gotabaya Rajapaksa is the elder brother of Mahinda Rajapaksa. Debt-ridden Sri Lanka declares itself financially bankrupt. Since then, the demand for the resignation of Prime Minister Rajapaksa has intensified in the southern Indian island nation.

Meanwhile, a curfew has been imposed in the commercial capital Colombo following the violence. The ruling comes as supporters of the ruling party stormed a rally on May 6, 2022, removing hundreds of protesters by truck. Police used tear gas and water cannons to disperse the attackers.

Earlier, Sri Lankan media Colombo Page reported that a cabinet meeting was held at the residence of President Gotabaya Rajapaksa on Saturday. President Mr. Gotabaya requested Prime Minister Mahinda Rajapaksa to resign from his post during the session. Mahinda Rajapakse gave a positive response. Meanwhile, Mr. Gotabaya himself is under pressure due to the ongoing movement. The Sri Lankan people have been demanding his resignation.

Gucci To Allow Customers to Pay With Cryptocurrencies

The InCAP Desk - March 12, 2022 0
Russian President Vladimir Putin granted the green light for up to 16,000 Middle Eastern volunteers to fight alongside Russian-backed rebels in Ukraine, doubling down...