Lotus Tower is finally being opened. The observation deck will be opened for tourists on September 22, 2022. Green and giant purple tower built on Chinese loan on Sri Lankan soil. It was established as a symbol of Beijing’s close relationship with the recently ousted Rajapaksa family. Since its inception, Sri Lanka has been known worldwide as the White Elephant. The news of the tower’s opening on September 19 made new headlines in the world media. The article is about Sri Lanka’s Lotus Tower Set To Open.

There is a different meaning behind the couplet’ white elephant’. The white elephant symbolizes purity and nobility in Southeast Asia, especially in Myanmar, Thailand, and Cambodia. Once, the kings used to feed this elephant. The achievement is proof of the good vision of this elephant king. And the irony is that this elephant cannot be used for earthly purposes because it is considered sacred. In addition, the family expenses for feeding the elephant will increase. Lotus Tower is the white elephant in the world media narrative for a country like Sri Lanka.

The height of Lotus Tower is 350 meters. 11th tallest tower in Asia and the 19th tallest in the world. Visible from any corner of Colombo. Construction costs approximately 11.3 million dollars. The construction of the tower started in 2012 under former President Mahinda Rajapaksa. Various corruption and irregularities have been associated with this name since the beginning. Mahinda Rajapakse and his brother Gotabaya Rajapakse undertook several luxury projects. According to analysts, the role of those white elephant projects is not less in the ongoing economic crisis. Mahinda Rajapakse lost power in May 2022. Gotabaya Rajapaksa also had to leave the mattress in July 2022.

In the meantime, the International Monetary Fund has agreed to lend $2.9 billion to Sri Lanka under special conditions. This loan will depend on whether the Sri Lankan government renegotiates the agreement with the creditor countries. On the other hand, Beijing is still offering additional loans. The announcement of the Lotus Tower’s opening came last Monday amidst such a troubling situation in Sri Lanka. 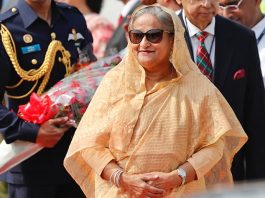 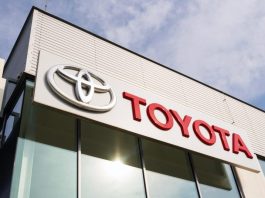