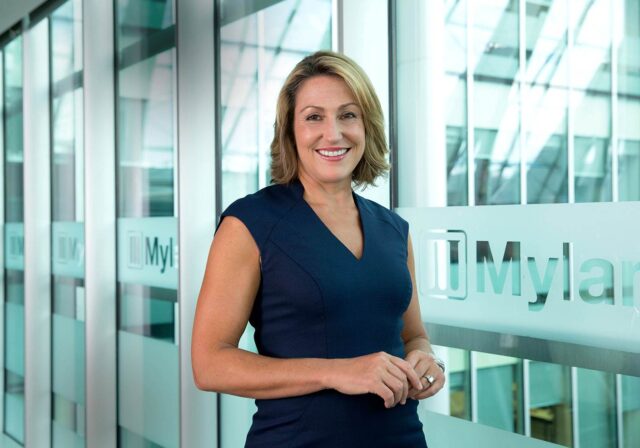 Heather Manchin Bresch (Born: June 27, 1969 | Age: 52) is an American business executive. In 2012, she was named as the Chief Executive Officer (CEO) of Netherlands-based pharmaceutical company Mylan. Bresch retired in 2020, upon the closing of Mylan’s combination with Upjohn. In 2015, she was listed as #22 in Fortune magazine’s “Most Powerful Women” list.

Bresch attended Fairmont Senior High School in Fairmont, West Virginia, and graduated from West Virginia University (WVU) in 1991 with a bachelor’s degree in political science and international relations. She also landed her first job in 1991, working as a clerk for Mylan.

Bresch is the daughter of former West Virginia Governor and current U.S. Senator, Joe Manchin. Bresch has been a central figure in two controversies: a 2007 accusation of inflating her resume with an unearned MBA degree, and as the CEO of Mylan during the 2016 controversy overpricing of the company’s EpiPen products. The last one is massive.

In 2007, The Pittsburgh Post-Gazette reported that Bresch had claimed to have an MBA degree from West Virginia University, but the university disputed that. The university subsequently awarded her an EMBA despite her having completed only 26 of the required 48 credits. Her father was governor of the state of West Virginia at the time.

In the ensuing controversy, the university announced in April 2008 that it would rescind Bresch’s degree. At the time, Michael Garrison, WVU president, was reported to be “a family friend and former business associate of Bresch” and a former consultant and lobbyist for Mylan. After a faculty vote of no confidence, Garrison and several university officials subsequently resigned.

In 1992, Bresch started working as a clerk in a factory owned by Mylan, a generic drug company and rose through the company to become the Chief Executive Officer in 2012. At a WVU basketball game in 1992, Bresch’s father, politician Joe Manchin, mentioned his daughter’s job search to Mylan CEO Milan Puskar, and the company soon after offered her a position in the quality control department of a factory in Morgantown, before eventually promoting her to the executive level.

From 2002 to 2005, Bresch served as Mylan’s director of government relations. She contributed to the development of the Medicare Prescription Drug, Improvement, and Modernization Act of 2003, which created Medicare Part D, a prescription-drug benefit.

In 2006, Bresch testified before the U.S. Senate Special Committee on Aging to lobby for changes to the law that would prevent pharmaceutical companies from raising challenges to the introduction of generic competitors by filing citizen’s petitions with the FDA, and that would prevent pharma companies from undercutting the profits of generic drug companies by making deals for authorized generics to be introduced.

When Mylan expanded internationally, Bresch noticed that Mylan’s U.S.-based pharmaceutical manufacturing plant had full-time staff from the Food and Drug Administration (FDA) devoted to it, whereas facilities abroad had not been inspected by the FDA for more than a decade.

Bresch led the integration of Matrix Laboratories Limited and Merck KGaA’s generics and specialty pharmaceutical businesses with Mylan’s operations. She was chair of the Generic Pharmaceutical Association (GPhA) for two terms. Bresch was appointed president of Mylan in 2009 and joined Mylan’s board of directors in March 2011.

Bresch’s appointment as Chief Executive Officer (CEO) was announced in 2011, and she officially took the position in January 2012. Bresch was the first female CEO of a large pharmaceutical business. At the time, she was one of 18 female CEOs of a Fortune 500 company. After seeing how few female candidates were available for positions that required a background in science and math, she became more interested in promoting math and science education among young girls.

The Pharmaceutical Mafia and Her Retirement

In 2016, Mylan’s pricing of the EpiPen, used to treat anaphylaxis (severe allergic reactions), was severely criticized. Mylan had secured the rights to the nearly 50-year-old EpiPen as part of the Merck KGaA deal in 2007. At that time, annual sales were around $200 million.

Bresch launched an advertising campaign to increase awareness of “EpiPen” as a treatment for anaphylaxis; the company also successfully lobbied the FDA to broaden the label to include the risk of anaphylaxis and, in parallel, successfully lobbied Congress to generate legislation making EpiPens available in schools and other public places. The company hired the same lobbyists that Medtronic had used for its defibrillator legislation.

From 2007 to 2016, Mylan increased the price of EpiPens by 461 percent, from about $100 for a package of two pens to about $600. By the first half of 2015, Mylan had an 85% market share of such devices in the U.S., and in that year, sales reached around $1.5 billion and accounted for 40% of Mylan’s profit. The price increase was met with widespread criticism of Bresch and Mylan.

Bresch explained at the 2016 Forbes Healthcare Summit that Mylan’s price increases were justified by the many improvements she claimed the company had made to the product. Amid this backlash, Bresch led Mylan to introduce a generic version of the device, which sells for half the price of the brand-name device. The generic version in 2016 remained more expensive than the original brand version of EpiPen prior to Mylan’s purchase of the rights, even when accounting for inflation.

In July 2019, Bresch announced that she would retire in 2020 after Mylan merged with Upjohn. The merger was completed in November 2020, and Bresch stepped down. The new company was named Viatris. According to the Pittsburgh Business Journal, when she left Mylan, she was the second most highly paid executive in the area of Pittsburgh, and received a “golden parachute” estimated at $30.8 million.

In 2021, a case was ongoing to determine whether Mylan had attempted to monopolize the EpiPen market, with both Mylan N.V. and Bresch being sued on racketeering claims and anti-trust claims. The lawsuit, which consolidated several consumer cases, was moved to federal court in Kansas City in 2017. In February 2020, the lawsuit moved ahead as a nationwide class action.

On June 24, 2021, a federal judge tossed the racketeering claims and some of the antitrust claims, also dropping RICO claims against Bresch. The case went on trial on September 7, 2021. On September 7, 2021, Ryan Grim of The Intercept reported that during an ongoing racketeering case involving Mylan and Bresch, “newly released court documents show [Bresch] discussing a deal with Pfizer to eliminate a chief competitor to EpiPen, clearing the way for major price hikes.”

The 2010 and 2011 email discussions, unsealed by the judge, showed Bresch’s assistant discussing divesting from Adrenaclick after the closure of the Pfizer/King deal. They “also show Bresch approving a scheme to force customers, captured by the company’s monopoly, to purchase two EpiPens at once, regardless of medical need.”

Several on social media claimed Sen. Manchin is taking his daughter’s side. One wrote: “Sen Manchin’s refusal to vote to confirm Neera Tandem isn’t about gender or race. It’s about Tandem’s past comments on the CEO of Mylar raising the price of EpiPen to an unaffordable price. The CEO back then was Heather Bresch, aka Heather MANCHIN Bresch, Joe Manchin’s daughter”. Another user tweeted, “Joe Manchin is responding to Neera Tanden calling out his daughter for price gouging EpiPen prices — she is a CEO of a big pharma company!!! His ‘no vote’ is for his daughter.”

Another user alleged, “Neera Tanden criticized Joe Manchin’s daughter publicly for her statements as a price-gouging CEO of an Epipen maker. Manchin’s opposition to her nomination seems personal, and he should refuse to avoid the appearance of bias.” While another tweeted, “Joe Manchin’s daughter is behind the EpiPen greed. Neera Tanden rightly criticized her for stealing Americans’ life savings to stay alive.”

However, Heather Bresch is married to Jones Day lawyer Jeffrey J. Bresch. She was previously married to West Virginia businessman Douglas Kirby. Now she lives with her husband and four children in Sewickley Heights, Pennsylvania.

The InCAP Desk - April 3, 2022 0
Avik AnwarManaging Director of Car House ImportsChampion of International Motorsport Perhaps, you have already heard an adage: Life is a race; stay ahead to win...