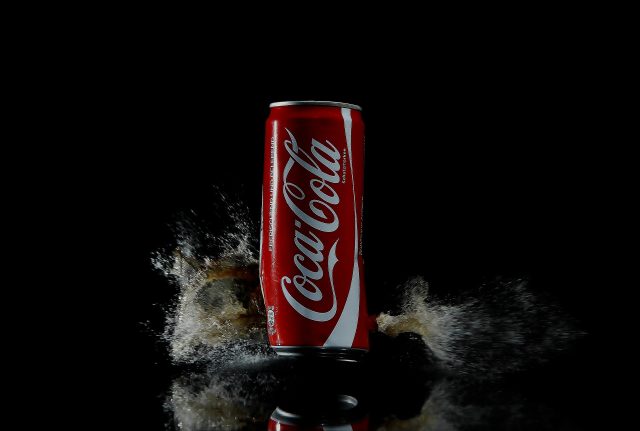 A soft drink can complement the whole conversation or an invitation, whether it is an invitation from a friend or family or in a gossip with close ones or even loved ones. And when we think about a soft drink, Coca-Cola is the first thing that pops into our mind regardless of the other renowned soft drink brands available in the market.

Of course, Coca-Cola is now considered as one of the oldest carbonated drinks producers and sellers globally, thanks to its taste and marketing to a global audience. To reach the audience worldwide, Bangladesh is no exception.

Now the question may arise: how did they do it? So let’s take a journey where Coca-Cola emerged from an unknown brand to the most preferred one in Bangladesh.

Launch of Coca-Cola in Bangladesh

Coca-Cola entered Bangladesh through Tabani Beverage (TBCL) in Dhaka and K. Rahman in Chittagong in 1962. It is worth mentioning that Coca-Cola started its journey in Bangladesh when the country’s people were embracing diversified tastes, which led to a common habit of preferring soft drinks. In addition, Coca-Cola Bangladesh had the calculation of becoming the most preferred brand among the people. Although the beginning was quite challenging as there was less awareness, impression, and inadequate marketing medium, it indeed gained momentum later.

On Path of Brand Establishment

Abdul Monem Ltd. (AML) beverage unit has been the franchisee bottler since 1982 and continued the process of Coca-Cola. The company established its full-fledged bottling plant in 1987 at Cumilla. Since then, they have been responsible for the bottling, packaging, selling, and distribution for major markets of Coca-Cola Bangladesh. While the age of this brand crossed 20 years, several local beverages were also introduced into the market. It is presumed that Akij Food and Beverages Limited launched its carbonated drinks in the market.

Meanwhile, PepsiCo had also been operating in the country at the time of Coca-Cola. Hence, the market was gaining competition as per the expectation. In a research, it was found that Coca-Cola remained in the top tier while the top-level followed the domestic brands. Currently, Tapas Kumar Mondal is the Managing Director of the International Beverages Private Limited, and ASM Mohiuddin Monem is the Deputy Managing Director of Abdul Monem Limited.

During its market establishment, TCCC (an acronym for The Coca-Cola Company) was an undisputed market leader in Bangladesh, with 70% of the market share, becoming an unbeatable soft drinks brand in the market in 1990.

Later, International Beverages Private Limited (IBPL) started its journey as a part of the Bottling Investment Group of TCCC in Bangladesh in 2010, which showcases the constant success of the soft drinks brand. At that time, despite the existence of domestic brand beverages, people became addicted to Coca-Cola and preferred this drink. Hence, this gave them a supremacy brand.

Along with its business, Coca-Cola has been active in bringing a positive impact to human lives from the beginning of its journey in Bangladesh. As a part of their initiatives, in 2011, they became the 1st International Coastal Clean-up initiative in Bangladesh, partnering with Kewkradong to bring sustainability to the country’s environment. However, the 11th edition of International Coastal Cleanup took place in 2021. In the last ten years, the initiative has collected more than 12,000kgs of marine debris with the help of more than 4500 volunteers.

While this initiative has seen great success, it has also focused on the social aspect of the country where they are serving. Hence, Project Women Business Center was rolled-out to empower women nationwide in 2016. In 2017, they initiated the WASH & Hygiene project in the coastal area with a WaterAid partnership while spreading their business through IBPL’s state–of–the–art manufacturing plant set up at Bhaluka, Mymensingh.

In 2019, Coca-Cola launched the Agricultural Water Conservancy project by involving 10,000 farmers in the water-stressed Barind region, which continued, they completed validation of rainwater harvesting scheme in IBPL plant as part of water replenishment.

Following the number of projects dedicated to improving human lives, creating a sustainable environment, and positively impacting society, Coca-Cola reached the milestone of empowering 100,000 women in 2019 and also executed the 11th International Coastal Cleanup in 2021. In addition, the Coca-Cola Foundation, in collaboration with United purposes, opened 30 new Women’s Business Centres in Sunamganj and Gopalganj in 2022, intending to empower 40,000 women entrepreneurs.

While Coca-Cola has been working relentlessly toward a better future, it did not move away from delivering better taste to its consumers. In addition, the brand introduced some drinks as well, matching with the taste of people from all walks of lives. Now, it operates in the country with the slogan Taste the Feeling.

On January 18, 2017, International Beverages Private Limited, a division of The Coca-Cola Company, officially inaugurated a new plant in Bhaluka, Bangladesh, as part of the company’s $74 million investment in the country. The event was presided over by then Bangladesh Finance Minister A.M.A. Muhith and the United States Ambassador to Bangladesh, Marcia Bernicat. This new facility represents the company’s continued commitment to long-term business development and the sustainable development of local societies in Bangladesh.

Recently, Coca-Cola Bangladesh brought the global FIFA WORLD CUP™ TROPHY TOUR for all football lovers of Bangladesh. To celebrate the trophy tour and for the fans, Coca-Cola Bangladesh Ltd. organized the first-ever Coke Studio Bangla Live Concert. The concert had become one of the most talked about events of the year, and the crowd present at the event was highly commendable.

If a competitor analysis is conducted on how this brand became the most preferred one, it is evident that it was more brand awareness focused from the beginning. Undoubtedly, brand awareness is a process that injects a brand into a customer’s mind so that whenever a customer feels the necessity of a product, that brand will come first. This is something that other beverage companies were futile to focus upon, which gave Coca-Cola an extra advantage.

Economic Imbalances Due To COVID-19

The InCAP - December 14, 2020 0
The world is in a dire situation now, and the situation is getting worse as we speak. COVID 19 has gasped the entire civilization...
Go to mobile version