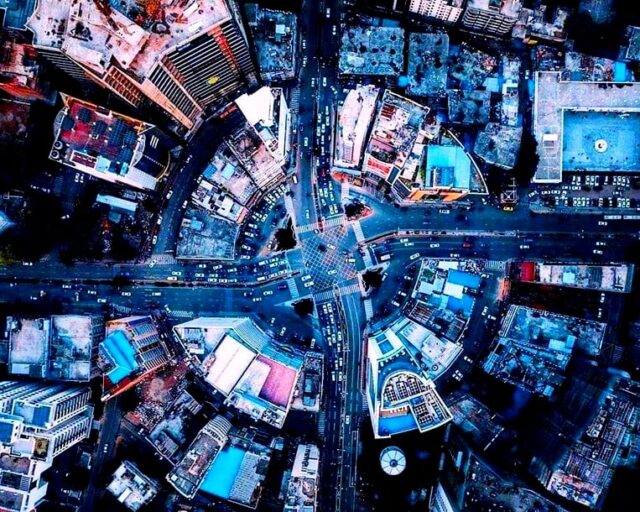 Interestingly, for this reason, neither India, as a country, and as the oppressor was never held accountable nor the international community even considered imposing an embargo or blockade on India!

The international community had believed and thus considered this mass killing of 10,000 as an ‘Isolated Incident’.

Had the International Community believed, or they were made to believe, and had it been the second, then why?

India, having a population of 140 crores, is certainly a hugely lucrative market, and in these days of consumerism, the market is definitely an incentive, but is that all?

Certainly, the huge internal consumer class was a motivator, but it was the Expatriate Indians, who played a major role in silencing the international community.

These expatriate Indians, like the Semitic community, are so powerful, even after the recent atrocities in Kashmir, the“Global forerunner Human Rights”, USA opted to be the silent spectator.

Trump knew very well the price of any anti-Indian tweet, let alone be a similar diplomatic measure, had its own impact on the upcoming votes of 2020!

An anti-India rhetoric will be reactive casting of 13% of the total votes (which is of Indian origin) to the Democrats’ box.

Not only as a country but also individually the Indians and its descents are quite influential, not only in the US economy but also in the global professional platform.

39.70% of the World Health Organisation staff are of Indian descent, amongst which 5.3% are high-ranking officials.

In the case of the World Bank, the percentage of the Indian descents are higher than WHO, 40.30% amongst which 5.9% are in the higher echelon!

The showcase company of USA, Microsoft, has a total number of 6,500 employees, who are of Indian descent, and Apple inc’s 35% employees are of Indian origin.

The family that dictates the business world of South Africa is the “Guptas” migrated from India in the early ’90s of the past century!

Intentionally kept Satya Nadela, Sundar Pichchai or Indrani Nooyi out of this calculation, just to give the feel how strongly rooted the Indian professionals are in the global arena and even keeping these 3 top well-known executives aside, how influential they could be.

Whenever the international community considers holding India accountable for any of its sordid, it is the NRIs or the people of Indian descent, who stand like a wall in between!

These Expatriate Indians have created the myth of world’s biggest democracy (A country with a rural and agrarian economy, where 70% of the population does not have sanitation and where 60% of the rural children suffer from malnutrition, where female child abortion is a normal phenomenon and where resources are only urban, the distribution of resources completely unequal and where 35% of the MPs-MLAs have criminal records, is there anything else to be proud of)!

The election itself is often compromised by the muscle (Bahuboli) and purchased by money.

The result? Right in front of our eyes!

Today, India is being considered not only as of the biggest democracy but also as a Regional Power, which is in the process of being the Next Global Super Power!

Bangladesh has a lot to learn from India, at least in this case!

Like India, Bangladesh does have some advantage over other countries of this subcontinent- Bangladesh has ongoing democracy, unlike Pakistan, and there is so far no question on the integrity of Bangladesh defense force, which is not the same about Pakistan and about Sri Lanka.

Moreover, Pakistanis are globally labeled as slimy balls, who would easily compromise for a few bucks, Sri Lankans as Lip Service Providers. On the contrary Bangladeshis have the image of hard-working, honest people.

Bangladeshis through their hard work and honesty hath built a reputation for the country, which is unlike the other two though this is also a fact that the Bangladeshi workers lack skill, thereby cheaper than in other countries.

If we can instill the required skills and the appropriate knowledge in to our remittance earners, that day may not be far a future, when we will have Bangladeshis in the Board meetings of globally important corporate houses, Bangladeshis dictating the UN organizations at par with the people of Indian descent.

And to achieve that, we need to streamline the education system.

It does not matter how proud we are of the existing one and does not matter what our so-called shawl-saree cladded intellectuals proclaim, the fact of the matter is our education system is still in the colonial ages which creates certified clerks or obedient pupil, nothing more!

That is why Indian or Sri Lankan executives are dominant in most sectors in Bangladesh, especially in readymade garments and FMCGs!

The COVID Pandemic is the magic spell that brought the true reflections of ours in the mirror of sustainability. All the world countries identified their actual strength and got exposed to their hidden vulnerabilities as well. And Bangladesh got exposed to all its vulnerabilities, which were hidden far under the GDP growth and infrastructural development!

Incompetency is not only in the Health Sector but is in almost everywhere! Even our educationists and academicians are inept in preparing a pro-business, economy-driven, industry-focused, academic curriculum for the nation!

Even these bunch of incompetent educationists, academicians, and intellectuals failed to pinpoint the needs of the most thriving sector of the country, contributing a significant percentage in ForEx earning and catering to its long term needs even in 4 decades!

Bangladeshi educationists and academicians are not only dogmatic by nature but also quite unrealistic in conceiving the practicality of the situation. Unfortunately, in this specific case, we cannot blame the state or the government but only the arrogance and incompetency of our so-called educationists-academicians- intellectuals.

These certified opportunists fail to understand their limitations and quite imprudent to identify the future needs of the business or the industry or is it the lack of confidence derived from their incompetence that compelled them not to come out of their own Galapagos Island.

All these in-Optus are reflected when only a handful of universities cater to the needs of the RMG sector that contributed 84.21% of the Total Export of the country, which was US$40.53 Billion in the year 2019.

A similar trend can be found in the case of the service sector and hospitality sector as well. Yearly more doctors graduate than the trained nurses! The gap is everywhere.

In a sustainable social system, the supply of graduates is always in accordance with the demand of the industries, but copper-collars create a demand of their own!

Thus major focus and budgetary allocation had always been for the vocational institutes. The process ensured less number of graduates and less number of ambitious youth.

On the contrary, Bangladesh’s educationists and academicians did the opposite. As a result, 570,000 young minds graduate every year against 2,70,000 positions, thus 3,00,000 remains unemployed, which is higher than 40%.

This high percentage of unemployment amongst graduates could easily have been eradicated!

Moreover, if Bangladesh could allocate more budget for the vocational training than higher education and enforce a global standard curriculum for the vocational institutes, we could have increased the inbound remittance by sending skilled labor instead of unskilled or semi-skilled labor. And this would have established a better reputation amongst the recruiting agencies too!

And the 570,000 graduates who pass out every year, receive certificates only, lacking the basic soft skills required for the corporate sector. Thus they are half baked!

Like India, we can not simply send our graduates abroad for a living! Where 70% of the IIM graduates are hired by the multi-national

companies directly from the “On-Campus Recruitment Programmes”, would love to know the percentage of on-campus recruitment by any MNC from any such program of any Bangladeshi University.

The question is, Why?

As of date, none of the curriculum committees sat with the entrepreneurs during the formulation of any of the curriculum. None of the educationists bothered to understand the primary skill sets required by the business or tried to map the industry-wise requirement of skills! A consistent supply had been ensured without understanding the demand!

Not only the educationist, but even none of the universities also sat with any of the Entrepreneurs’ Forum to align their curriculum with the need of the industries.

An obvious result is we have obedient clerks like the colonial days, who are least required in a digitized consumer economy!

The process of production and the type of business is no longer the same as it was during the colonial period!

Bangladesh was first introduced internationally as a brand in August 1971 in Madison Square. At the “Concert for Bangladesh”, George Harrison and Pandit Ravi Shankar branded the oppressed people of Bangladesh as uncompromising survivors who are resisting the most trained army of the world at that time.

The overall program branded Bangladesh very positively as the land of the oppressed people who are fighting against tyranny and injustice.

The unarmed mass who are fighting back defying the genocide and fighting against one of the most well-trained militaries. Before the concert, even India was mentioning Bangladesh as “Bengal” internally and externally in all communications! This concert had established Bangladesh as the David fighting the Pakistani Goliath.

The second massive international branding for Bangladesh was in 1974 from Kissinger’s short trip to Dhaka, where he mentioned Bangladesh as “Bottomless Basket” followed by the famine where unofficially 1.5 million people died.

The Picture of Basanti, a Bangladeshi woman wearing a fishing net instead of a Shari, was the epic symbol of the famine! A new perception of Bangladesh was created – A land of hunger, poverty, and death.

Due to our rogue politicians and incompetent bureaucracy, the government failed to clear the misperception, and the NGOs took the fullest advantage of the situation, just adding one more adjective to the existing – Land of Natural Calamity.

Bangladesh was branded as the Land of Poverty and Natural Calamities that require humanitarian support, thanks to NGOs!

Still, Bangladesh had not fully recovered from this negative reputation.

In the post-COVID era, when the second-largest source of foreign exchange, inward remittance, will stumble along with the sharp decline of orders in the RMG sector might compel us to go back to the blackboard!

The so-called progressive-opportunist intellectuals and arrogant academicians will sit down again to do the soul searching and strategize, keeping the rotten foundation unharmed.

And once again, we would end up in losing all our possibilities.

Bangladesh, with the demographic dividend, with the vibrant and aspiring youth, had all the potentials.  In the Post-COVID, ‘New-Normal’ period, the opportunity was there too, just the lack of prudence of the self-obsessed academicians and opportunist educationists shall make us lose it all!

Geopolitics And Its Stability

The InCAP Desk - February 28, 2022 0
There hasn't been a time in the world where the pressure to maintain a stable geo-societal balance has come under tremendous backfire. The point...
Go to mobile version