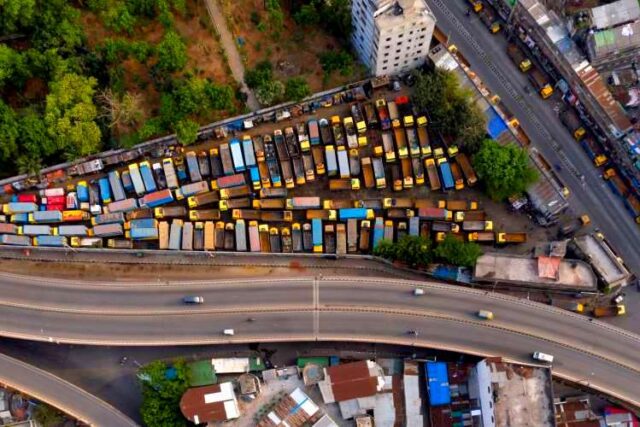 The impact of the novel strain of Coronavirus (officially designated as COVID-19 by WHO), has cast its long shadow across the world. Almost 213 Countries and Territories around the world are directly affected by this virus, which is now recognized as a pandemic by WHO. The world has never seen a pandemic sparked by a virus which evolving is creating havoc in different countries.

Although this virus’s impact is gradually decreasing in its originating country, China, it’s now spreading explosively across the world, particularly in Europe, USA, and MID Asia.

Like Italy, Spain, USA, all affected countries are now officially locked down to combat the spreading of this virus. The entire population of many countries is now facing quarantine and virtual lockdown. Bangladesh is also fighting to combat spreading the virus in mass people. Many areas are now under quarantine and lockdown. BD govt. has imposed restrictions in limited movement of people to avoid social, public gathering whatever reasons may be.

The financial impact of this outbreak is predicted much harsher in the world economy as well. The global economy has already seen the adverse impact of the Corona outbreak. Adversity in world trade, heightened market volatility, slump in the Chinese economy, shrinking Japanese and US economy, investors’ reactions, drop-down of oil production by OPEC in order to support price, falling DOE JONES index in major companies, step down the flow of European economy, approaching world recession is on the door. Many economists think that the impact of the trade war between China-USA has now reformed to the recession, which has geared up by the COVID-19 outbreak.

The doomy effects on the Bangladesh (BD) economy have already been witnessed adversity in trades, remittances, stock markets, local demands, RMG, and SME sectors. Almost billion-dollar export orders have already been canceled and held up by the buyers. Experts say that the BD economy would profoundly be affected by the Corona outbreak as much as the world economy.

ADB (Asian Development Bank) shows an analysis that in the hypothetical worst-case scenario, BD GDP may contract by 1.1 percent, which means it could wipe $ 3.02 billion off the $ 300 billion-plus economy, such a scenario about 894930 jobs may be lost. And in the best-case scenario, the county’s GDP will lose $ 8.37 million; and in the moderate and worst-case scenario, GDP may be affected by $ 15.84 million to $ 30.31 million with a possible job cuts 3790 to 6950 approx., says in the ADB report. Though the Ministry of Finance, GoB, stated that, the real impact would be clear in August 2020. There is no doubt that there is a short-term and long-term impact if the outbreak persists for a long time.

Though there is a deep impact in the BD economy, there is also a possibility in the long run for attracting investors in order to shift investments from highly concentrated countries like China to Bangladesh. Thus, the country needs to be increased capability in the supply chain to strengthen its export base by overcoming barriers in the private sector, creating strong local market demand, sustainable capital market, enhancing skill manpower, reducing corruption, and ensuring good governance.

Sheryl Sandberg: Her Advice & Our Analysis

Amancio Ortega: His Advice & Our Analysis

Steve Jobs: His Advice & Our Analysis

Sheryl Sandberg: Her Advice & Our Analysis

Amancio Ortega: His Advice & Our Analysis

Steve Jobs: His Advice & Our Analysis

His Advice & Our Analysis

Most Essential 10 Skills For Your Corporate Life

The InCAP - January 1, 2020 0
Normally, people have two types of skills; one Craftsmanship Skills and the other - Interpersonal Skills. While studying at University, we learn about the...