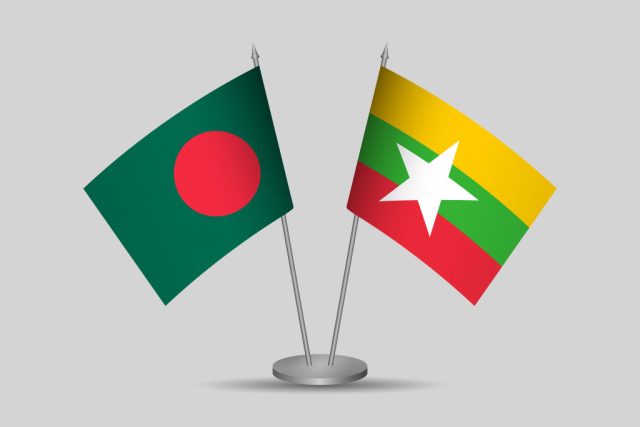 On the one hand, the deficit is increasing in the border trade with Myanmar through the Teknaf land port of Cox’s Bazar, while on the other hand, the amount of imports and exports is decreasing. In the last 27 years, against the import of goods worth Tk. 7,962,520,000, only Tk. 286,780,000 were exported from Bangladesh. The total deficit is 7 thousand 962 crores 52 lakh taka. The article contains deficit in Border Trade With Myanmar Increasing.

In the last fiscal year 2021-22, this land port imported about 1 thousand 325 crores of goods from Myanmar and exported only 19 crores of 71 lakhs of goods from Bangladesh. As a result, there is a deficit of 20 crore taka. Officials and traders of the customs department said that border trade centered on Teknaf in Bangladesh and Maungdoo in Myanmar was launched on September 5, 1995, to prevent smuggling at the border. From the beginning, imports and export were done through bank drafts. Later a large part of transactions started to be sent through hundi. This affects the revenue collection of the government. So far, the customs department of the National Board of Revenue (NBR) has collected more than Tk. 1,584 crore in revenue from this land port.

A review of the data of the customs department shows that exports through Teknaf land port are relatively low now. For example, against the import of 122 crores 50 lakh taka from Myanmar last August, only 24 lakh 34 thousand takas of goods were received from Bangladesh. Therefore, there is a deficit of 122 crores 25 lakh taka. On the other hand, in the first month of the border trade (1995-96) in September, against the import of goods of 9 crore rupees, the export of goods was one crore, 39 lakh taka. In the last few years, Bangladesh is not exporting more than 20 lakh taka per month.

President of Cox’s Bazar Chamber of Commerce, Abu Morshed Chowdhury, told Prothom Alo that Myanmar’s Rakhine State has a huge market potential for various products including Bangladesh’s cement, rods, drugs, and plastic. Because the amount of money spent to bring goods from Yangon, the country’s capital, to Rakhine state is half of the money spent to bring goods from Teknaf. But proper management and supervision are lacking. He also said that to reduce the deficit in border trade with Myanmar, the land port should be upgraded to a seaport. Along with this LC, the facility should be allowed to import and export goods. It will reduce the hundi. Monitoring activities also need to be strengthened.

Recently, 30 trawlers and ships loaded with imported goods were seen at the jetty of Teknaf land port. Four are fish; 21 teak, gorjan, and champa wood; In 5, betel nut, ginger, coconut, pickles, dried fruits, tamarind seeds, and other products have been brought.

The goods are unloaded from the trawler, and the cargo is directly picked up by the truck. But there is no one to monitor whether any stolen or prohibited goods are hidden behind the imported goods. Product inspection scanners and cargo clearance cranes were not seen.

Twenty-seven years ago, the walls on three sides of the port were raised, but there is no security wall inside. Hundreds of trucks must be left outside on the road due to a lack of parking facilities. Traders and workers have no sitting or resting sheds: no C&F agents office, bank branch, canteen, and toilet facilities. Due to the lack of warehouses, the products must be stored in the open, which is prone to spoilage when it rains. Although it is a land port on paper, tax is collected against the imported goods of the seaport.

Businessmen complain that despite collecting vast amounts of tax in the name of dredging the river, no dredging has been done in the last 27 years. The goods have to be lifted directly from the trawler to the truck. But the warehouse charges are collected by the authorities. There is no opportunity to get compensation if the goods are stolen from inside the port. The number of jetties is also less.

Some importers and exporters said that now the control of the land port is in the hands of Teknaf’s influential mafia clique. Due to this, traders of Cox’s Bazar, Chittagong, Dhaka, and Noakhali have folded.

US Imposed Sanctions on Russia

The InCAP Desk - May 10, 2022 0
The United States has imposed new sanctions on three Russian television stations and executives at Gazprom Bank. The sanctions were imposed on May 8,...