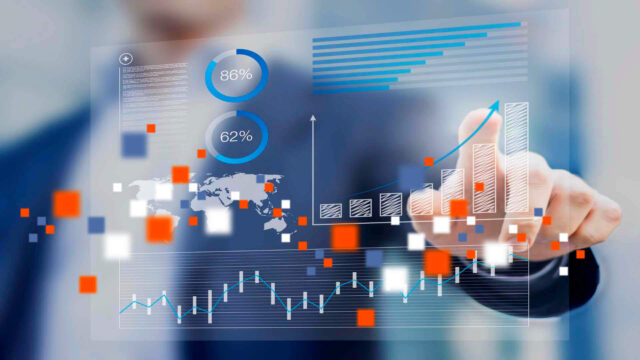 The best usage of provisional semantics has landed Bangladesh a place on the world map. In recent history, without any doubt, Bangladesh has been transformed into a potential player in the world economy and landed a position of peace amidst geopolitical tensions in the region.

So far, words cannot summon how this small nation has transgressed the very own limits that it has set and moved forward into the future with the idea of positivity and change. For most of the world, the picturesque but slow and gradual rise of Bangladesh as a player in the international domain maintains the fact that through specific techniques of building and, most importantly, repairing a nation will not be lost in the woodlands of the detrimental void.

Although to ignite nationalism policies will be enough, what is required is the seal in our hearts, which resonates with our idea of liberty and freedom, freedom from the hindrance of what we are and what we are not. To propagate the underpinnings of being free, we must look at the onset set boundaries to which we are liable to because at the end of the day, as a nation, all of us are liable to the established foundations and institutions of our society limiting the degree to which we can practice our religion and to some extent the very political policies that we got in our hands sets us free.

In times of familiar situations, the sudden and abrupt suicidal tendency, in terms of getting things in to place by getting them done, makes the most of us an important factor in remembering the foundations upon which the life of the nation is built on. The rate of occupancy of social and political predispositions makes us the best that there is today and the best there is to come in the future.

From the onset, the vigilantism present in us, as citizens, have since the liberation of our nation paved the way to us having to deal with the consequences of our actions. This very action, on a singular level, insinuates what is true to be acclaimed in the face of arid danger. Even taking the point to the realms out of our imagination, the fact that we as a nation have come this far is not from some external help, but it purges out of the realms of valor and dignity.

Now we are in a dire time when times like these occur after decades; we are put in a challenge to combat one of the worst threats to humanity and, in particular, Bangladesh. From 2007 onwards, Bangladesh has seen a rapid growth of above 7 percent per quarter of GDP day in and out, and in this pandemic, while countries have seen negative growth rates, Bangladesh has maintained a growth rate of just above 3 percent, which still remains a looming bleak figure given that trade is automatically restricted due to the political and social impositions burdened by the nation.

The torchbearers of the COVID-19 pandemic aren’t the ones who recognize the difficulties associated with such cases. The people working tirelessly to help us evade the mass conviction that lives lost do not matter. The procedural techniques available at hand to curb, at least to save lives, are already there, and people are working towards it to follow in the same footsteps of people who had done it and seen it all.

The trailblazers from the past reformed what we call now policy, steps are taken inaccurate measure to profoundly create a self-sustaining dictation to merge two worlds: One where we find people with talent and other people with credibility. Such is the case today, the rampant theorization of economic models is beginning to fail, and such cases have remained, again in the vicinity of existence, a mere case of confusion.

To probably form a mitigating cohesion between the observed and what is out there in actuality, the citizenship culminating in the moral right for epic freedom has landed us a place in world history. The main source of domestic growth has been driven by the RMG sector followed by textile, manufacturing, and remittance, such as the case as to belonging with the traversed idea of linking different mechanisms of everything that we can into sight of retrospective digression.

Once and for all the evading prospect of Bangladesh being this kind of nation where ideas elevate the mind and the physical amplitude is taken to euphoric heights, the eureka moment is still to come. The main answers are already there but are we asking the right questions. With that full stop, nothing ends, not life nor the flow of money and not that of knowledge. So the most important answer is that solution is there, as long as dedicated individuals and professionals are out there to meet the demand, not only in economic terms but in ways unimaginable and unheard of.

There are distinct ways to tackle negative growth, and involvement in designing development goals seeks universal approval. For particular instance, the mitigating analogies that we have at hand are some of the most devalued and disordered procedures that chase the amusement at abusing power on hand; all of it reminds us that the mirage that’s been created amidst the hallmark of illusionary development has made us a product of a regime much thought of.

Innately, Bangladesh as a nation has jumped on a train of growth, and there’s no stopping it. Even in times of COVID-19 and the worsening case of rising death tolls have kept everybody in a state of urgency, triggering the red light, and off we as a country go to do everything to bring forth growth and prosperity even in times like this.

The background to the limits of growth, especially for Bangladesh, brings us to the very epic point of self-sufficient declaration that without good governance the situation will get the worse and worse day in and out but to no avail, self-idolatry regarding man-made policies is keeping us from realizing the truth: The truths about how can growth be curbed and amazement of how despite COVID-19, Bangladesh as a nation has progressed with authority and valor.

To unite not only the entire nation but civilization as a whole, then science is not enough. What we require is perfect foresight and the depth of imagination proclaimed by the very best, in many ways the very honest that puts up a tradition of guidance starting from the grassroots to the point of hierarchy, people who are making the decisions and maintain the civic balance with true and honest dedication for quality control not in terms of the industry but more importantly the all-important culmination of the work done by the civilians so that we can say with pride that we are headed towards the millennium development goal.

Bangladesh still has a lot to offer to the entire globe, starting from medical research, engineering services, textile industry, garments industry, and most importantly, remittance. To particularly talk about the points at first, let’s face up to the first two, the icddr,b and national health care center are showing what growth has Bangladesh made in the field of medical science, tackling corona is no joke and some of the most trained professionals are working tirelessly to meet the demand of disease and taking hands-on experience to limit the disease and take up the authority with cooperation from various clinical trials method and consistent methodology to illuminate us towards the door of elimination of coronavirus. Despite the measures taken, a lot is still to be done, and we haven’t successfully met the challenge of the coronavirus.

As we begin the era of a tough life, life plagued by the COVID-19 virus affecting how we view our very own and how we think of others, the interconnectedness of life itself with all other physical prowess has made us a nation of hoe. In fact, before the coronavirus struck the world, Bangladesh was there to take off in motion in terms of its foreign policy and economy, but who could have expected such a pandemic, more importantly, some of the most dangerous after-effects in recorded history.

To end, countries are trying their level best to limit the bad effects of the coronavirus indirectly on the economy and keep political, social, and racial stability in perfect equilibrium; the concluding remarks remain the same and as a sign that better days are ahead.

And as George Bernard Shaw said, “Life isn’t about finding yourself. Life is about creating yourself”. With that, we begin toward a path unknown what we can do is to leave a trail. As the soul begins to follow the path even mistakenly, the true destination of perfect utopia s reached. So far, the discussion pertained to the possibilities and the heuristic analogy that has worked for over centuries, but what can we do in times of adversity: Prayer and consistency, and without these two, everything else will falter. As a nation and, more importantly, a growing nation, Bangladesh has got the full option to go for it all or succumb as many countries have succumbed to.

The InCAP Desk - April 4, 2022 0
Despite a large supply on the market, domestic and foreign fruits have grown more expensive at the start of Ramadan 2022 than at the...