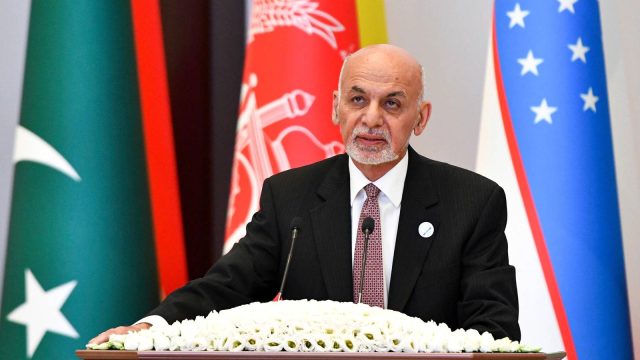 Ex-Afghan President Ashraf Ghani left the country shortly after the Taliban took control of Afghanistan in mid-August 15,2021. He is currently in the United Arab Emirates. Recently, he remarked that his only mistake was to trust international allies, including the United States. Regarding the matter, Ashraf Ghani said that he had no intention of fleeing the country at the time. Hence, the ex-Afghan President explained the moment he escaped.

In an interview, Ghani admitted that he had made a mistake in the situation. Among those mistakes was the assumption that the international community would wait patiently.

Referring to the Taliban’s agreement with the United States during the tenure of former US President Donald Trump, Ashraf Ghani said that what happened under that agreement was the result of the August 15’s incident.

He further said, “Instead of a peace agreement, we got a deal on the withdrawal process. Under the agreement, the United States and its allies agreed to withdraw troops from Afghanistan and exchange prisoners. They held a conversation with the Afghan government, but that did not work out.”

He added, “What happened, in the end, was a violent coup. It was not a political agreement, not even a political process with the people. “

On August 15, the president’s top security officials described the horrific situation and acknowledged that the Taliban had broken their promises not to enter Kabul.

National Security Adviser Hamdullah Mohib and the head of Presidential Protection Service (PPS), and the president’s bodyguard, came and informed Ghani that the palace’s security had been breached.

He added that “Two different factions of the Taliban are advancing on Kabul from two different directions and the possibility of a huge battle between them is at its peak, a battle that will destroy the city of 5 million people and endanger the people’s lives.”

However, Ashraf Ghani has been widely criticized for leaving the country after the Taliban took control of Afghanistan. Even the vice president, Amrullah Saleh, called his escape disgusting.

The former Afghan president said that when security forces at his palace informed him on August 15 that they could no longer protect the president of Kabul, he abruptly decided to flee the country within minutes. But he had no desire to escape, according to him.

Ashraf Ghani said, “After allowing the national security adviser and his wife to flee Kabul, he waited for a car to arrive to pick him up at the defense ministry. But instead of a car, the head of his security forces came and said in a frightened voice, “If we stand up against them (the Taliban), they will kill us all.”

He added more, “I do not know where we are going. Just when the plane flew in the sky, I was sure we were leaving Afghanistan. So it happened very suddenly.”

Kabul’s capital was plunged into a humanitarian and economic crisis as international aid was cut off shortly after Ashraf Ghani left the country. However, he said that the situation would not have been different if he had been in the country.

He also denied allegations that he had taken large sums of money with him. He also said that he was a victim in the whole situation.

The InCAP Desk - March 10, 2022 0
The United States imposed a ban on Russian oil imports, ratcheting up punishment for Russia's invasion of Ukraine, as McDonald's and Starbucks closed stores...
Go to mobile version