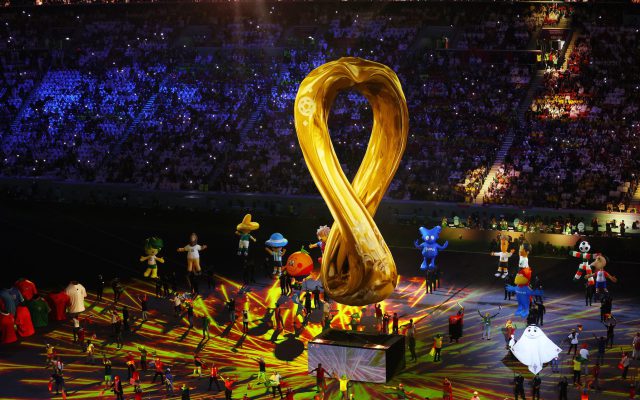 Many factors create the FIFA World Cup in Qatar an extraordinary spectacle. Here are some of the exciting facts about the much-anticipated extravaganza:

The 2022 competition would mark the first-ever winter World Cup if viewed from the northern hemisphere. Usually, the World Cup is held in the middle of the year, but when it came to Qatar, an exception had to be made.

Qatar tucked away in the Middle East, endures agonizingly hot temperatures that sometimes reach up to 50 degrees Celsius. Hosting an international event is seen as being nearly tough under such circumstances. As a result, the FIFA World Cup was moved from its typical summertime location.

The sum the hosting country spends on event preparations is another intriguing piece of information. An estimated $200 billion is being spent by Qatar on infrastructure projects, including the building of hotels, motorways, and stadiums. As a result, the upcoming event will rank among the priciest World Cups ever held.

There may be some or many questions about the number of venues. The World Cup will be held in Qatar at only eight stadiums, the fewest World Cup sites in recent memory. In actuality, only one of the eight venues chosen to host the competition underwent a complete renovation, while the other seven are being built from scratch across the nation. In 1978, Argentina hosted the FIFA World Cup with just six stadiums and now Qatar is set to host the competition with only eight stadiums.

One of the most interesting facts is the number of visitors expected to arrive in the country during the event. The Qatar FIFA 2022 World Cup may well receive a record number of visitors by the time the tournament ends. The reason behind this is easy to grasp. Being one of the finest countries in the Middle East, Qatar’s convenient geographic location makes it close to most nations.

Qatar is a tiny nation. It is far smaller than Russia, which is hosting the 2018 World Cup. Traveling around this small nation is not a significant issue because of how compact it is. Cities that serve as hosts, such as Doha, Lusail, Al Wakrah, and Al Rayyan, are situated close to one another. As a result, traveling from one venue to another would be relatively easy for visitors. Another interesting fact is that Al Bayt and Al Wakrah, Qatar’s two most remote stadiums, are only 90 miles apart.

The fact that Qatar experiences distressingly high daytime temperatures is one of the most significant things to keep in mind about the country serving as the FIFA 2022 host.

Qatar devised a bold method to address the problem. The FIFA World Cup will be held in stadiums with full air conditioning for the first time ever. All eight of Qatar’s venues will be fully air-conditioned, ensuring that spectators have a comfortable viewing experience and that players have favorable circumstances to compete on the field.

Why is the Qatar World Cup 2022 controversial?

Highlights from the study reveal that Qatar’s blatant discrimination against women and LGBTQ+ people and systematic abuse of labor (reports claim that more than 6,500 migrant workers have died while supporting infrastructure and construction for the tournament) have sparked online boycott movements, led some cities to forbid public viewing events, and prompted teams to launch anti-discrimination campaigns on and off the field.

History of the FIFA World Cup

The FIFA World Cup was first held in 1930, when FIFA, the world’s football governing body, decided to stage an international men’s football tournament under the era of FIFA President Jules Rimet, who put this idea into place. The inaugural edition, held in 1930, was contested as a final tournament of only thirteen teams invited by the organization. Since then, the World Cup has experienced successive expansions and format remodeling, with its current 32-team final match preceded by a two-year qualifying process involving over 200 teams worldwide.

The first official international football match was played in 1872 between Scotland and England in Glasgow, although at this stage, the sport was rarely played outside Great Britain. At the end of the 19th century, games considered the “football world championship” were meetings between leading English and Scottish clubs, like the 1895 game between Sunderland A.F.C. and the Heart of Midlothian F.C., which Sunderland won.

By the twentieth century, football had gained ground worldwide, and national football associations were being founded. The first official international match outside the British Isles was played between Uruguay and Argentina in Montevideo in July 1902. The Fédération Internationale de Football Association (FIFA) was founded in Paris on 22 May 1904 – comprising football associations from France, Belgium (the preceding two teams having played their first national against each other earlier in the month), Denmark, the Netherlands, Spain, Sweden, and Switzerland, with Germany pledging to join.

As football began to increase in popularity, it was contested as an IOC-recognised Olympic sport at the 1900 and 1904 Summer Olympics, as well as at the 1906 Intercalated Games, before becoming an official FIFA-supervised Olympic competition at the 1908 Summer Olympics. Organized by England’s Football Association, the event was for amateur players only and was regarded suspiciously as a show rather than a competition. Nevertheless, the England national amateur football team won the event in 1908 and 1912.

There was an attempt made by FIFA to organize an international football tournament between nations outside of the Olympic framework in 1906, and this took place in Switzerland. These were very early days for international football, and the official history of FIFA describes the competition as a failure. With the Olympic event continuing to be contested only between amateur teams, competitions involving professional teams also started to appear.

The Torneo Internazionale Stampa Sportiva, held in Turin in 1908, was one of the first; the following year, Sir Thomas Lipton organized the Sir Thomas Lipton Trophy, also held in Turin. Both tournaments were contested between individual clubs (not national teams) representing an entire nation. For this reason, neither was a direct forerunner of the World Cup, but notwithstanding that, the Thomas Lipton Trophy is sometimes described as The First World Cup at the expense of its less well-known Italian predecessor.

In 1914, FIFA agreed to recognize the Olympic tournament as a “world football championship for amateurs” and took responsibility for organizing the event. This led the way for the world’s first intercontinental football competition, at the 1920 Summer Olympics, won by Belgium. Uruguay won the tournaments in 1924 and 1928.

The beginnings of the World Cup

In 1930, FIFA decided to stage its own international tournament. The 1932 Summer Olympics, held in Los Angeles, did not plan to include football as part of the programme because the sport was not popular in the United States. FIFA and the IOC also disagreed over the status of amateur players, so football was dropped from the Games. FIFA President Jules Rimet thus set about organizing the inaugural World Cup tournament. With Uruguay now a two-time official world champion and due to celebrate its centenary of independence in 1930, FIFA named Uruguay as the host country.

The national associations of selected nations were invited to send a team, but the choice of Uruguay as a venue for the competition meant a long and costly trip across the Atlantic Ocean for the European sides. No European country pledged to send a team until two months before the start of the competition. Finally, Rimet persuaded teams from Belgium, France, Romania, Hungary, and Yugoslavia to make the trip. In total, 13 nations took part – seven from South America, four from Europe, and two from North America.

The first two World Cup matches took place simultaneously and were won by France and the United States, who beat Mexico 4–1 and Belgium 3–0, respectively. Lucien Laurent of France scored the first goal in World Cup history. Four days later, Bert Patenaude of the U.S. achieved the first World Cup hat trick in the Americans’ 3–0 win against Paraguay. In the final, Uruguay defeated Argentina 4–2 in front of a crowd of 93,000 people in Montevideo to become the first nation to win a World Cup.

The 1934 World Cup was hosted by Italy and was the first World Cup to include a qualification stage. Sixteen teams qualified for the tournament, a number that would be retained until the expansion of the finals tournament in 1982. Uruguay, the titleholders from 1930, still upset about the poor European attendance at their World Cup in 1930, boycotted the 1934 World Cup. Bolivia and Paraguay were also absent, allowing Argentina and Brazil to progress to the finals in Italy without having to play any qualifying matches. Egypt became the first African team to compete but lost to Hungary in the first round.

Italy won the tournament, becoming the first European team to do so. The 1938 World Cup competition was also held in Europe (in France), much to the consternation of many South Americans, with Uruguay and Argentina boycotting. The title holders and the host country were granted automatic qualification for the first time.

Following a play-off match against Latvia, Austria had officially qualified for the final round, but because of the Anschluss in April 1938 with Germany, the Austrian national team withdrew, with some Austrian players being added to the German squad, which was eliminated in the first round). Austria’s place was offered to England, but they declined. This left the finals with 15 nations competing. France hosted, but for the first time, the hosts did not win the competition, as Italy retained their title, beating Hungary in the final. Polish striker Ernest Willimowski became the first player to score four goals in a World Cup game during Poland’s 6–5 loss against Brazil; his record was later equaled by other players but was bettered only 56 years later in the 1994 World Cup.

The InCAP - January 16, 2019 0
"What a treacherous thing to believe that a person is more than a person”- a simple quoted line but why is this particular line...
Go to mobile version