Home Perspective Flood and What Not: Retrospective of The Climate Change 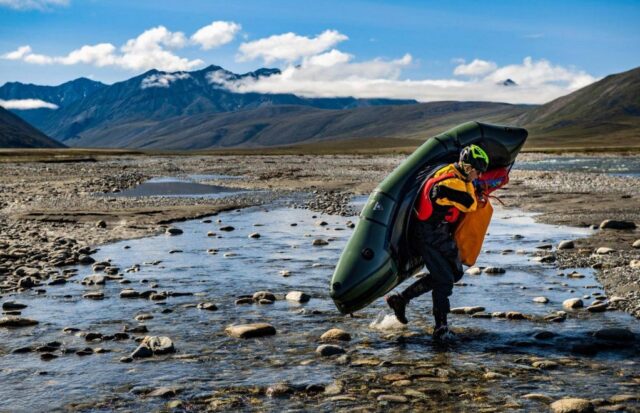 Natural calamities and disasters are some of the problems to which we succumb to irrespective of locality or region. Climate change in the entire planet has sorts of indications and is no less evident as is with floods. We must clearly highlight the basic problems of why the imbalance is there in almost what has been done to the environment, where some people call it a general lethargic attitude and an absent-minded approach to conserve the environment by not consuming too much.

The change that we observe in the environment is a gradual process of disintegration, and no help is in the offer; as the human race multiplies and grows, the need for the extra effort creates a vacuum of obliteration. Though times have passed and people have ill-fatedly grown oblivious to the detrimental effects of climate change, the real construction of nature is felt when it hits the epicenter in places and from places unimaginable. The climate scenario is yet another case immense in volume, but that which has very low regard in terms of its geological impact and due to the classification of it as having the right science in the wrong anecdotal situation eventually which has made it a viable case.

To behold it as a concern raging out of the context of modern symmetry of nature, times have flown in and out, and though debacles have formed a pattern to which we rely on, the ultimatum is that nature is towards a path of destruction and very little can be done to stop it. The human race hasn’t fallen prey to their own dwellings, and certainly, this time will not be the last. However, the moment of surrender is not yet upon us, and the window of opportunity to escape from the backlash of anti-environmentalist campaigns seems to have a profound effect on the way the human mind visualizes the future as a perfect combination of using the resources abundant and not plentiful in nature and how on a mass basis people are intrinsically unaware of the current situation.

Climate change is a facet of nature, and so we need to identify the definition of nature. Nature is one of those predetermined attributes that follows laws, and when we try to bend or break the law, we fall into the trap of human materialism, but nature isn’t something foolishly weak. In fact, nature does know how to fight back to give people a grim reminder of what is at stake, and stakes are pretty high. Unfortunately, the global perspective has remained invariant to the subtle reminders of how and why we are losing the place we call home. The planet is not yet in the direst of situations, and there is no opportunity to escape from the hard-hitting realities apart from climate change which includes poverty, famine, hunger, financial and economic burden that engrosses our daily life which is multiplied by the ever-growing need of competition, to get to position and places which means that all this is not an accurate adversary.

Floods are slowly becoming a recurring geological process, and very few things can be done to stop them. Recently floods across Western Europe have damaged cities and regions otherwise left unaffected, and the effect has translated its effect into other parts of the world like China, where regions have been subjected to extreme conditions of the debacle. Floods are mainly caused by heavy terrestrial rains and storms, especially on occasions where the downpour of rain that was supposed to occur for an entire year happens with days. There are also properties of the place where the flooding takes place. For example, places with high forestation can curb excess rainfall by absorbing excess water up to a specific limit. On the other hand, the geological placement of a town or a city places them on the list of becoming susceptible to flooding as low delta regions are variably affected while places with the elevation of many more meters above the sea level become places where flooding becomes terribly impenetrable.

On the other hand, the geographical location can easily put someone in danger if a riverbank or a lake is situated within the region. Excess rainfall means the capacity of volume containment is never ever enough and means even dams cant regurgitate the overflow of water due to excess rainfall has given this condition. However, some uncontrollable metrological natural calamities such as hurricanes and tsunamis may eventually cause flash floods and may not last as water will eventually recede after such events.

Flooding can cause damage on an unprecedented scale, and its economic impact may leave behind an aftermath of carbon footprint. This reiterates what we have become and what should have been done to impair the choices of people. When entire regions have been submerged in water, the economic activity is always downplayed, and safety becomes a significant issue. Homes and livelihoods are dislocated, and businesses are shut down, the effervescence of which singularly proves that the sum of its parts can in many ways derogatorily never be equal to the overall whole. Flooding, especially due to the heavy downpour of rain, now frequently indicates how the climate is reacting to the way nature is affected by what we do with its constituents:

The use of natural fossil fuels and how we create artificially non-degradable products and after its use goes directly to oceans and rivers as dump material. Even chemical factories dump harmful materials that induce the frequency with which the climate adjusts itself and produces negative results that prove public disgust but only for a short while. Things are happening in a fast-paced way in our world, and without any empirical or factual evidence, it will be very difficult to prove otherwise, which includes in itself the Climate Stability of the world of which a very little fraction is that of flooding.

The InCAP Desk - December 30, 2021 0
The most popular day of the year for people to push the proverbial "reset button" is New Year's Day. Some people make resolutions to...