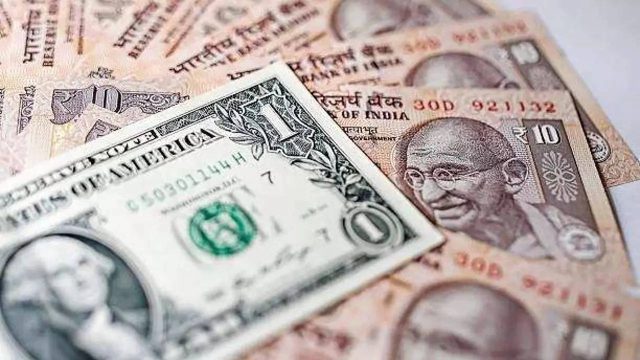 Following the continuous fall of the Indian Rupee, the price of the U.S. dollar is increasing by leaps and bounds. This is the first time the Indian rupee was paid at Rs. 79 per dollar. There is speculation in the Indian financial community as to what could be the reason behind the rise in the dollar value. The Indian rupee was trading at 78.81 against the U.S. dollar, a record fall. Over the past few months, economists have begun to count the errors due to this fall. So, the article contains Indian Rupee Continues to Fall.

That situation hugely impacts the overall economy and stock and bond markets. As a result, investment has decreased significantly compared to high and expensive imports. Besides, the Russian aggression in Ukraine has also affected the Indian market. Not just India, but this war has changed the world economy. Apart from this, the currency has fallen by 4 to 6 percent due to the worldwide political crisis.

Since the Ukraine-Russia crisis began in February 2022, the Indian rupee has similarly depreciated by about 4 percent. Also, the new economic policy of the United States causes a big difference between the price of the dollar and other global currencies, which has also affected the price of oil. The rising dollar index proves that the U.S. dollar surpasses other currencies such as the pound, the franc, the euro, the yen, and the rupee.

When the dollar rises, it affects the prices of all related commodities, such as U.S. stocks and barrels of oil. But, on the other hand, the value of currencies like the Indian Rupee decreases. Amid this problem, foreign institutional investors have recently sold shares worth Rs. 3,793 crore in the Indian market. This year, they have withdrawn Rs. 2,15,000 crore from the Indian market, which is equivalent to their total investment in the last 12 years.

They think the market is turbulent at the moment. If the problem escalates in the coming days, the market situation may get worse; In the language of economics, it is called a risky market. It is better to withdraw money from such a market. Policy interest rates have risen in the United States. As a result, it is now safer to keep cash in bonds there, and profits are better. As a result, the value of the rupee is constantly being devalued. Such momentum in the dollar index naturally does not encourage investors to invest in emerging markets. Because, at this time, the United States is considered a haven for such investors compared to markets like India.

The InCAP Desk - August 14, 2022 0
Coca-Cola HBC AG said it took a one-time hit of $195.4 million in the first half from costs related to its Russian business after...
Go to mobile version