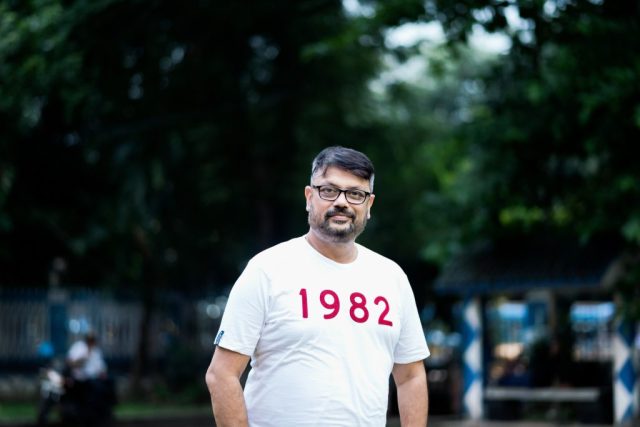 If entrepreneurship is all about grit, determination, and commitment to a better world, then an introduction is necessary for a man built on these very blocks. A perfect example of a humble yet passionate individual is the Founder and Managing Director of Saitech Group, whose Flagship company, Saitech Solution Co. Ltd, is a leading BOI-promoted IT consulting company, Mr. Randeep Bhattacharya. He is a Management Graduate and did his degree from the Sri Satya Sai Institute of Higher Learning.

Having started his career in the Banking Domain with Deutsch Bank, and then moved to HDFC Bank as a Product Champion, and again to Times Bank, which later merged with HDFC Bank. His last assignment was with IDBI Bank before moving overseas. He was also the youngest VP of the mid-market segment in IDBI Bank at 28. However, he came to Singapore in 2001, and after a few months, he changed his vertical to IT services. In early 2002, he went to Bangkok and initially worked for a local company called JSG (Java Software Group) and then with the multinational 3i Infotech before starting off his own venture.

He started his own company, Saitech Solutions, in 2011. Soon enough, the company’s prospects boomed, allowing Mr. Randeep to diversify into other ventures. The group even ventured into Mobile Applications and the Mobile Game production business.

His recent venture is Starmanch, which was conceptualized in 2018-19 and was launched in 2022. It is a platform for talent hunts and is the brainchild of a team of passionate singers and patrons of music who want to make a difference. Star Manch is the product of intense work of over two years to bring these hidden talents to the limelight. As a result, music lovers from all walks of life can now have a platform to celebrate music in its truest sense.

Still, in Randeep’s own eyes, there is so much left to achieve, ventures to build, and miles to cross. So, a visionary that he is, Randeep wants to help as many people as possible, to break through the glass ceilings and take flight in the future. Let’s read the exclusive interview, don’t delay to open your rational mind.

The InCAP: Mr. Randeep Bhattacharya, we are eager to know your career peregrination.

Randeep Bhattacharya: I started out in the banking field with Deutsch Bank as a management trainee in the treasury and trade finance department, and then I worked with HDFC Bank as a cash management product specialist and looked after the disbursement and collections of the bank, to be more specific I used to manage the eastern sector of the country. Post which I shifted to Times Bank in the same department as HDFC bank and in the year 2000 both banks merged. Then I was sent to Jamshedpur to set up the corporate and MMI segment there for HDFC bank, later on after completing the work I was recalled to Kolkata.

Then I moved to IDBI Bank and was posted as the youngest VP of IDBI at the age of 28. After which I got an offer from ANZ bank in Australia as well as HSBC in Singapore. After moving to Singapore and working with HSBC, I went on to explore a completely different vertical which is the IT vertical. Working for a friend for some time there, I finally moved to Thailand and initially joined a local company in Bangkok for the SAP services market, then moved to 3i- Infotech in their services wing. Only then I had the realisation of using my skills for my own venture rather than working for someone when I had the potential to do so.

This is how Saitech Group was born. Saitech deals with application development for its clientele and also IT infrastructure facilities. We have a good standing in Thailand currently and work with companies outside of Thailand as well. Having different departments such as IT and Product development, we cater to the requirements of our clients with help of the best human resources. In 2018 only, I came up with the idea of launching the Karaoke Application – ‘StarManch’.

Would you please share an overview of Saitech Group, such as the product and services you offer, your operation, team size, and others you want to mention?

We provide the following IT services to clients across different industry verticals, particularly in Bangkok and other territorial regions in Thailand. Saitech is a top-tier BOI-promoted firm in Thailand that works with many clients on application development. Saitech was the source of many IT infrastructure services and skills. We work with customers to consistently and affordably plan, carry out, and offer high-quality services (both in recruitment and IT Outsourcing) with results. IT Outsourcing, Business Consulting, Recruitment Services, IT Staffing Services, and Payroll Outsourcing are some areas of expertise.

You have also founded StarManch, India’s first karaoke app. Our readers want to know the details about it directly from you.

My most recent project, StarManch, was created between 2018 to 2019 and released around 2022. This is more than simply a karaoke app; it also provides a platform for collaborating with established and upcoming bands and singers. A bunch of dedicated musicians and artists who aspire to change the world came up with the idea for StarManch, a website for talent searches. StarManch is the outcome of two years of arduous work to reveal these hidden skills.

Gifted voices can be assessed and groomed to become the next big factor. Then, listening to, enjoying, and singing any song was possible. Currently, music lovers from various origins may come together on one stage to celebrate music in its most authentic state. It is hoped that this app would provide aspiring musicians with a space to display their work in remote communities and city and suburban areas.

Mr. Randeep, we are attentive to know the influence or inspiration that shaped you and contributed to becoming the person you are today.

When I was growing up, Bengali music was at its height, so I thought about that and decided to accomplish some venture to support it. However, with time, that vanished as we began to overlook the depth of Bengali music. There was a temporary rise after 2000, but it quickly dropped down. We must therefore maintain our stability and learn new skills. That’s where the concept came from, and the best way to do it is through a karaoke app. I also wish to contribute to the development of Bengal’s musical environment.

What kind of obstacles are you facing regarding operating your business? How do you tackle those?

Things were getting worse by 2014 or 2015. I never really learned how to give up, in any case. I managed to revive Saitech Solutions with the help of a reliable group of people via pure determination, insightful planning, and incredible teamwork. Among this group of people, the most important support was my wife, Trina Bhattacharya, without whom maybe I couldn’t have achieved this much.

Saitech Solutions was able to fully restore its former glory as a leading IT business throughout Thailand by continuing its activities in four additional countries. The only thing that has allowed this Phoenix-like revival is my unshakable spirit and purposeful efforts to promote others’ growth. And I helped the Saitech team gets through many difficulties to get to where they are now because of my in-depth expertise and razor-sharp insights. In Thailand’s IT consulting and outsourcing sector, Saitech Solutions Co. Ltd. is a game changing company, but very little is known about the team’s remarkable path to get there.

My wife and I have dedicated our life to Saitech Solutions, but we still rely on the assistance of several carefully handpicked professionals.

What areas will you concentrate on for the next five years to keep the growth as you lead the organization?

StarManch already offers online classes where you can learn from well-known singers themselves, live competitions where real judges will judge your skill, and many more amazing opportunities as a platform for showcasing your singing ability. Besides, StarManch owns a production studio and releases music we have created.

However, I’ll attempt to include some additional languages besides Bengali, English, and Hindi. We’ll strive to offer cash prizes to the best performers who will be evaluated by actual judges through competitions, and winning performers will also have the opportunity to work with well-known musicians.

Please say something to our readers.

However, I believe there is still much to do, many projects to start, and a long way to go. Therefore, I would like to help as many individuals as possible to break down obstacles and soar in the future. Individuals should follow their passions with confidence. And I believe in making decisions and making them right instead of making the right decisions.

I believe in both hard work and smart work. I’ve always been the kind of person who is determined throughout.

Highlights of Achievements, Merits, and Honor:

Prayer For The Human Civilization: The way to realize the potential and vision, and to see and understand life through all its forms and freedom for all its complexity.

The InCAP: Thank you, it was great and informative!

Randeep Bhattacharya: You are welcome. My very warm wishes to The InCAP team and to the readers.

The InCAP - July 11, 2021 0
Shawket AhmedGeneral Manager (Sales)Rupayan Housing Estate Limited Career Story I have started my 1st job after graduation with a Design House called Themo Graph, one of...
Go to mobile version