Home Perspective The Padma Bridge And Its Revolution 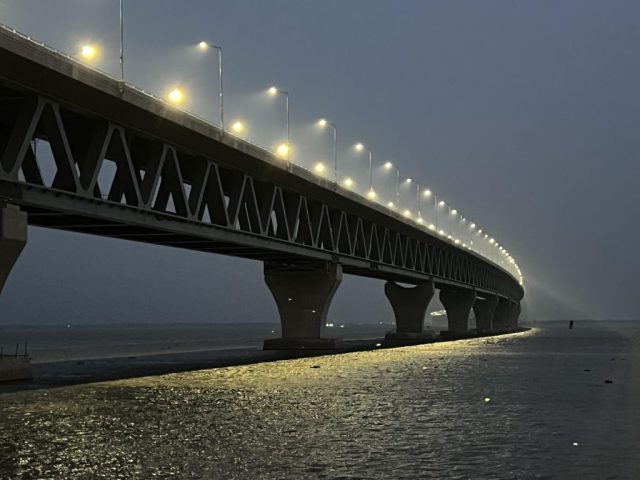 Bangladesh’s economic miracle since the birth of its war-torn origin is a true success story. The country is on the verge of giant economic strides, and it cannot be more intuitively guiding than the evident infrastructure development. The reason for the country’s ability to be able to make the decisions and judgments to improve livability, in general, can enforce the way how everything works. The article contains The Padma Bridge And Its Revolution.

In the fullest of its meaning, the wings of independence of Bangladesh have grown to shroud its 180 million inhabitants. What started out as the right to speak is now changing to the right of human development. The economy is directly contributing to a full-packed agro-manufacture-remittance-based financial system, and it can be the guide towards maintaining harmony amongst all.

Bangladesh will seemingly develop its own domestic economy to scale unprecedentedly, and a thriving domestic infrastructure and financial systems are being put into place to show the country bears its own success and atrocities in creating a robust buffer mechanism since the 1970s. Very soon, Bangladesh will irreversibly turn the time backward in the sense that the faults and blemishes of the past can be no more invigorating than the fruits of the present, and that can by any means be the torch that lights up the dark and conspicuous economic morality of the country.

Bangladesh has gone through a lot, beginning with a torn and fragile economic system, and the whole world not giving a chance to thrive in the name of prosperity can, by no dubious ways, become the extension of modern-day methods of overcoming economic backlashes. Amidst a dire infrastructure unable to support millions of people, Bangladesh is still harboring an economic haven for people living in dire financial conditions. The country’s economic system has helped millions of people uplift from the poverty-stricken life they had to succumb to for many years.

Bangladesh is still in the development phase, and its status as a strong south Asian economy is coming to the fore based on data and statistics. The story behind Bangladesh’s rise as the tiger economy has helped the world understand why millions of contributions pay off when each of them tries to better their lives through a conditional decision-making process. The country’s local economy has adhered to domesticity, and it has paid off as a robust local infrastructure has helped elevate the domestic economy as a whole. Though exports form a huge part of the contributing factor to the country’s

GDP, a strong interlink of local manufacturers, producers, and consumers, makes up the Bangladesh economy’s supply chain cycle. With enough examples at hand and the PADMA Bridge a shining example, the people of the country’s intent has culminated in the dream of hoarding infrastructure development required for the economic upheaval and its impact on the lives of people of the country.

The economic impact of the Padma bridge is enormous. It will contribute 1.2 to 1.7 percent of the Bangladesh economy, and that by any means is a vast number. It will also connect the entire country with the southwest, including Khulna and Barisal, where 30 million people reside, and the interconnection between the newfound economic tangibility. The best formulation is that the pride has culminated into success, the PADMA bridge was constructed with little external aid, and it did not make a dime’s difference when considering that the bridge was built with public/taxpayer money.

This always leads to capital and human capital development. The Padma Bridge is 6.15 km long; as the accomplishment of building such a technologically sound structure in one of the most demanding rivers in the world, the idea that something like this could arise in Bangladesh is a truly remarkable achievement. The bridge construction cost over 30,000 crores Bdt, proving that Bangladesh is no longer a “Basket” case through domestic funding. The bridge will revolutionize Bangladesh’s communication and transport sector, giving rise to increased economic activity and trade for the 30 million people in that region.

The Padma bridge has no feasibility issues-it also connects the Mawa expressway, leading to more economic productivity as trade links grow to more frontiers. However, there were slightly very daunting vulnerabilities when building the bridge. Concerns of corruption caused the world bank to revert its decision to provide funding for the bridge, and it was back in 2012 when the government decided to build the entire thing on public funds.

Millions of dollars will keep coming to Bangladesh’s economy due to increased trade and movement of goods and services throughout the country. The Padma bridge is the success story people through all generations dream of, and this dream of making Bangladesh’s first step in proving self-sufficiency can surely be the number people look for when they talk about infrastructure projects which become the economic connectivity not present earlier. Padma ridge will soon link Bangladesh in unimaginable ways, with the regular ferry takes and river boats to the other end no longer required.

There is, however, some fervor and optimism for the bridge. The economy will benefit from the billions of dollars the project will bring to the country. With billions of dollars worth of GDP increase, the bridge will become an indicator of Bangladesh’s economic rise to the might of other South Asian counterparts. Bangladesh will soon see the benefits of trusting local resources, workforce, and talent in favor of foreign aid. To truly understand the power of economic inclusivity will mean to see through situations not as they are; the proponents of financial rigor remain in the fact that the economic metrics will eventually sway and provide proof for the uprising of Bangladesh as a nation and economy.

The InCAP - September 18, 2019 0
Canadian University of Bangladesh is pleased to announce that their “Sustainable Development and Renewable Cell (SDRC)”, from Department of EEE, School of Science and...
Go to mobile version