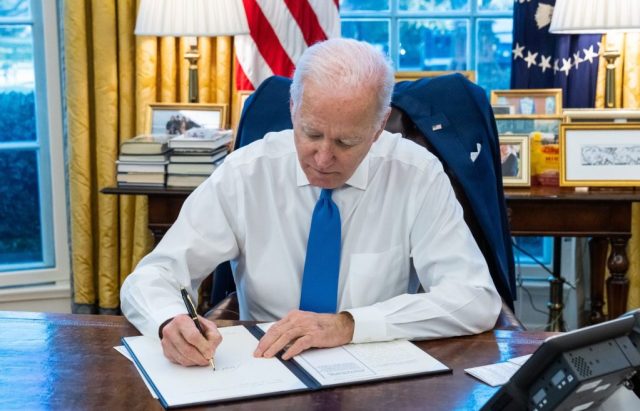 According to a White House official, US President Joe Biden will announce $800 million in fresh security assistance to Ukraine on March 16, 2022, shortly after Ukrainian President Volodymyr Zelensky addresses the US Congress. The article is Biden To Announce $800 mn in Security Aid To Ukraine.

The announcement would bring “the total help declared in the last week alone to $1 billion,” according to an official who spoke on the condition of anonymity late March 15, 2022. In a virtual address to Congress on March 16, Zelensky is expected to resume his calls for further aid, as some US senators prod the White House to take a stronger stance on Russia’s invasion.

On March 13, 2022, Biden approved $200 million in extra military weapons for Ukraine. This came on top of Washington’s authorization of $350 million for military weapons on February 26 — the most extensive such package in US history at the time. The White House official did not elaborate on the $800 million in security assistance that will be disclosed.

However, over 600 Stinger missiles and around 2,600 Javelin anti-armor systems have been delivered to Ukraine in the last year, along with various radar systems, helicopters, grenade launchers, firearms and ammo, and other equipment, according to the official. The official stated, “The United States remains by far the largest single supplier of security assistance to Ukraine.”

Zelensky’s cries for assistance in defending his country from Russia’s lethal onslaught have grown increasingly frantic, and he has begged Washington, the European Union, and NATO to provide military hardware, including planes, as well as a No-fly Zone.

The No-fly Zone has been ruled out by Biden, who warns that it would lead to a devastating catastrophe with nuclear-armed Russia. However, there is rising support on both sides of the aisle in Congress for a more robust US approach.

Zelensky’s speech to members of Congress on March 16, 2022 will be his second this month, but it will most likely be before a considerably larger audience than his March 5 appearance, during which he appealed for Russian-made jets to be handed to his air force.

The InCAP - October 13, 2020 0
Disputes are hard to recognize, for reasons both known and unknown-management of ill known facts seems to be the most gullible of all the...