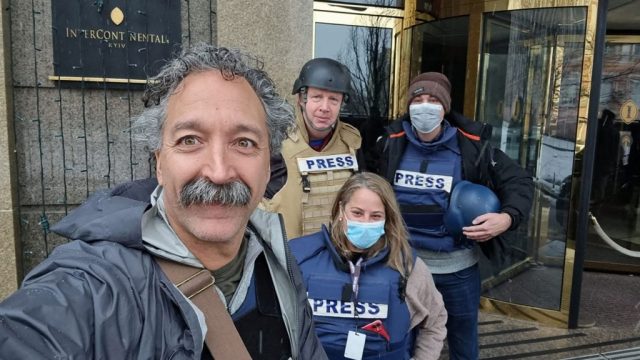 In violence near Kyiv, a French-Irish cameraman of Fox News and a Ukrainian producer for the US Television Network were slain. When their vehicle was hit by incoming fire in Horenka, outside the capital, cameraman Pierre Zakrzewski and Producer Oleksandra Kuvshynova died, and Correspondent Benjamin Hall was wounded. The article is about Another Journalist Killed in Ukraine.

According to Suzanne Scott, CEO of Fox News Media, Hall, a British State Department journalist for the network, is still hospitalized in Ukraine. Since February, Zakrzewski, a 55-year-old London resident with dual French and Irish citizenship, has worked in Ukraine.

It is known that Zakrzewski helped to shelter a newborn infant named Prince Charlie found after a bombing. His family informed that Zakrzewski had a long history with Afghanistan, where he had covered decades of violence, from the battle against the Soviets through the Taliban’s return.

According to Fox News, Zakrzewski was “critical” in getting the network’s Afghan freelancing associates and their families out of the country following the US pullout. According to the statement, he was also granted an “Unsung Hero” award during the company’s annual employee Spotlight Awards in December. “Pierre was a war zone photographer who covered nearly every international story for Fox News from Iraq to Afghanistan to Syria during his long tenure with us,” Scott said.

The murders of Zakrzewski and his colleague have left Irish Prime Minister Micheal Martin “very troubled and grieved.” “My thoughts are with their families, friends, and fellow journalists,” Martin tweeted. “We condemn this indiscriminate and immoral war by Russia on Ukraine.”

Dhaka Wasa MD And 8 Others Sued Over Tk. 132cr Embezzlement