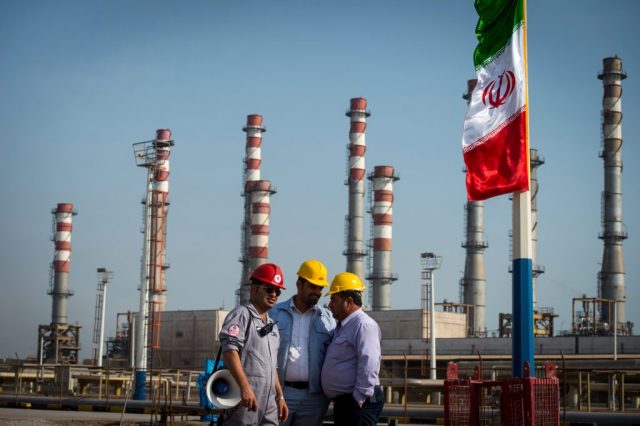 According to tanker tracking data, China’s purchases of Iranian oil had reached new highs in the beginning month of 2022, surpassing the 2017 high when US sanctions did not hamper the trade. The article is about China’s Oil Import From Iran Hit New High. The world’s top oil importer is increasing its purchases amid talks between Tehran and international powers to resurrect a 2015 nuclear deal that would eliminate US sanctions on Iranian oil exports. In recent weeks, the discussions have become more heated.

The return of Iranian oil will help relieve global supply constraints and bring down petroleum prices, which have risen to almost $100 per barrel since Russia invaded Ukraine. According to three tanker trackers, Chinese imports hit 700,000 barrels per day in January, surpassing the 623,000 BPD (Barrels Per Day) peak reported by Chinese customs in 2017 before former US President Donald Trump reimposed sanctions on Iranian oil exports in 2018.

Imports averaged 780,000 BPD in November-December, according to one tracker. During the talks to resurrect the 2015 agreement, US President Joe Biden’s administration has chosen not to impose the penalties against Chinese individuals and companies.

Traders say that if sanctions are lifted, and Iran is permitted to resume oil exports, there will be less supply available to Tehran’s old consumers, such as Indian and European refiners. They also believe that cheaper Iranian oil will suffocate competing supplies from Brazil and West Africa.

When contacted by Reuters, China’s foreign ministry declined to comment but underlined that Beijing opposed Washington’s long-arm jurisdiction and urged the US to lift unilateral penalties. A request for response from Iran’s oil ministry was not returned. According to a representative for the US State Department, Washington is aware of China’s Iranian oil purchases and has raised the issue with Beijing.

According to dealers, independent refiners, or “teapots,” are in the vanguard of China’s purchases, who are tempted by the discounted costs, especially as their domestic refining margins have been squeezed under tight regulatory scrutiny. “We’re seeing more facilities adopting Iranian oil since it’s cheaper,” a China-based executive involved in the industry told Reuters.

According to traders, Iranian shipments were exchanged $5 a barrel below benchmark Brent in January. They claimed the pricing was stable compared to late 2021, but they were more appealing than competitive supply from Brazil, which was priced at a $7 premium over Brent. According to consulting firm Petro-Logistics, Iran’s crude exports jumped to over 1 million barrels per day in December, which follows oil flows.

“The majority of Iran’s oil exports travel to China, frequently via intricate methods and transshipments, with modest amounts flowing to Syria each month,” CEO Daniel Gerber said. According to Petro-Logistics, total Iranian oil shipments are expected to be about 800,000 BPD in January and 700,000 BPD in February. However, another data analytics business, OilX, estimated Iranian shipments at above 1 million barrels per day in January and February.

After reporting its first formal import of Iranian oil in December, Chinese customs is expected to reveal data for January and February in March. If the 2015 nuclear deal is resurrected, Iran is expected to shift sales away from Chinese independent refiners, but the Islamic republic is unlikely to turn off the tap on these customers, who have provided Iran with more than $20 billion in revenue over the past two years.

“Iran may not be confident how long the new agreement will last. However, during difficult times, Chinese teapots have proven to be a vital outlet, and Iran would like to maintain that route open, “said a senior executive in the oil industry in China.

The InCAP Desk - December 5, 2021 0
In the first ten months of 2021, the number of new businesses in Dubai increased by 69 percent. According to the Dubai Department of...
Go to mobile version