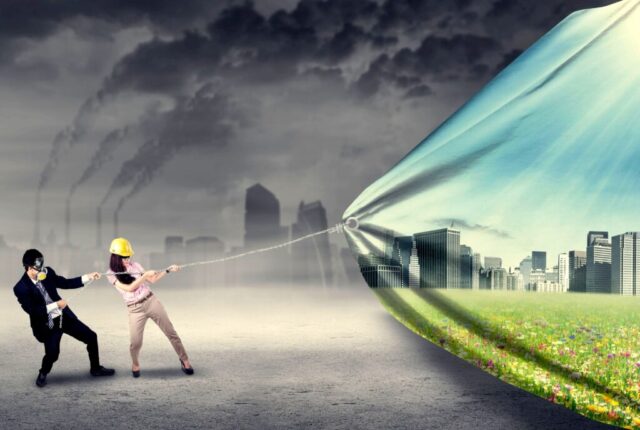 The planet is at the forefront of climate change, and the adverse effects of such naturally occurring phenomena are becoming more prominent.

The world is now at a crossroads where nature’s junctions are getting tangled with this modern era’s artificiality. Now more than ever, the uprising of technological and digital warfare is putting the environment in the least of concerns, and the jeopardy is upscaling to an unavoidable presence of the state.

To be able to be in a mode to study and recognize the side effects of a technological revolution which is predicated upon the loss of the essence in our mind and physically in the state of nature heavily in debts us with an unavoidable burden which maybe now too tough to bear.

There are places in this world where this very meaning takes over everything else-promoting nature, and disrespecting the guidelines to maintain its constancy has become the norm.

The race for energy consumption is on: Nations after nations are after the stock of fossil fuels available to us from nature, and the consumption versus the storage and eventual incompetence, remains one of humanity’s biggest concerns. It is hard to digest, but the situation will eventually get out of hand when the human race runs out of fossil fuels, and pragmatic deforestation and wildfires are killing what we as a human civilization call Nature.

What Does Nature Encapsulate?

Is it our moral and psychological freedom or the enjoyment of resources that is still ample for generations to come? We are still a long way away from the tipping point but in a balance in a game of see-saw, a moment of realization still in the heart of millions that we are entirely blindfolded without the balance between nature and nurture to a position from which the return will be nil.

Although there will be severe consequences, the subtext to such intuitive cases lay beyond a normal person’s imagination. The imagination must extend itself so that it hits the core of human values, values that sustain our society and the environment.

The problem of climate change has become a great issue and a challenge for modern environmentalists and scientists; with the melting of polar caps due to rising temperatures because of greenhouse gas emissions, the sea level will rise several meters. Even a rise of 4 to 5 meters will mean that islands and low delta regions across the world will be flooded.

What’s the end result: Fall in almost every sector of the economy and loss in jobs and cuts in employment, all drifting away together from us – the human race in ways unpredictable even for the brightest of minds.

Indulging in counter-productive measures, such as raising economic sanctions to have complete disregard for the future of the human race by doing everything a person has not to do to cause climate change such as dumping waste material into the ocean to kill the natural ecosystem, over the use of fossil fuels to heat up the atmosphere and many other unavoidable ways not yet understood are slowly killing our natural ecosystem and atmosphere in ways completely unimaginable.

The Formula is Simple

When one tries to run nature and put the stamp of authority, nature shows its true power and the most adverse of fashions. As far as recorded history goes, cyclones, tornadoes, tsunamis, famines, and many other forms of natural disasters have occurred due to the obliteration of natural resources and over the productivity of the industrial sector of Nations.

Still, there is a way out, in a way from peaceful sanctuaries which are there in constructs of nature and society and from which the institutions of modern civilization begin to develop what we call an ourselves-a human being.

The zenith of all of creation is a title that could only be heralded by us because there isn’t any other dominant form of species that has put the mental faculty into the building and creating whatever is there in and out of our planet.

Even if our planet becomes hazardous for survival, interplanetary travel and the search for life sustained planet are still some of the best options which exist and paves the way to the invention of modern technology to help us curb our own faults.

The final answer to our solution is simple, regurgitating anomalies and putting that up as the truth hasn’t helped anyone. The Path towards the truth will never end, rather towards the beginning of some rhetorical absoluteness, the might of which will remain unparalleled for decades to come.

But considering the super long-term goals, goals which include the events that will occur in the century to come, gives us a broader perspective to deal with, something which can be taught at schools and places where the young mind is trained to face the problems of the 21st century.

One-fifth of the 21st century has gone away from our lives, and within this time, a lot has happened. Starting from natural disasters to the financial crisis to plagues and infectious viruses, a lot more has happened already in this century than that has happened before the millennium, and a lot more is still to come.

So, without further ado, let us all prepare, in an amalgam of recognition and achievements of facts and figures, polls and election and every other viable method of recognition of human dignity that we realize where we are and what we can do about it.