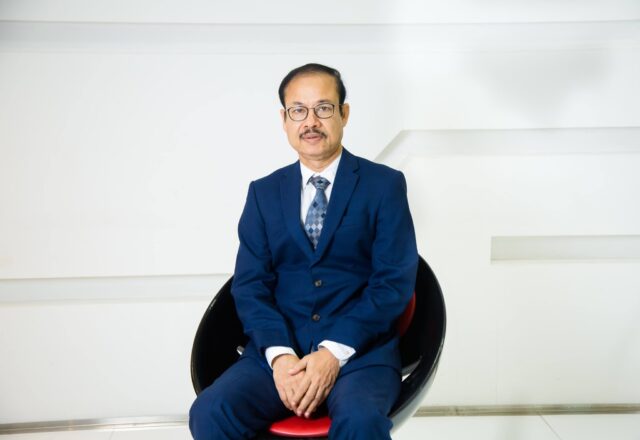 The 50th National Budget has just been placed in Parliament. The numbers are summarized below:

I will first start with the revenue target collection that shows a growth of 10.65% over the Revised Budget of FY 2020-21. The Government should be lauded for making this years’ revenue target achievable. There is however a caveat. The reality is that in FY 2020-21, the actual collection will fall much short. Economists are projecting a shortfall of around BDT 400 billion. If this happens, this years’ target soars to 25% compared to the estimated collection of FY 2020-21 that is a tall order. Unfortunately, this syndrome occurs every year.

The other point of concern is the high external sourcing this year. The ongoing pandemic has severely impacted almost all developed countries. External sourcing will pose a challenge in this situation, and ultimately, the Government will have to resort to domestic sources.

At first glance, this appears to be business as usual budget. There seems to be no specific direction or measures to address the current pandemic and job creation. The focus of the budget is clearly towards industrialization, but there is no indication of measures of how to increase aggregate demand or create jobs.

We observe that there is a decline in private sector investment by 1.1% to 24.2% in the current year. The pandemic may have caused this, but it is still not picking up, as shown by the number of letters of credit opened for capital machinery. A big deterrent to private sector investment could be the ease of doing business, where Bangladesh is lagging behind with a rank of 168 out of a total of 190.

As a result, the current budget has proposed a slew of measures to prop investment.

Ten-year tax exemption has been proposed for industries engaged in home durables such as washing machines, refrigerators, air conditioners, IT hardware.

The above industries will also enjoy AT and VAT exemption up to 2023/24. In addition, the VAT exemption has been extended till 2023 for local phone manufacturing.

The Government should be commended for the above proposals that will certainly add a fillip to the Made in Bangladesh brand. Tax exemptions for hospitals outside Dhaka will help in attracting private sector investment and addressing some of the concerns of the healthcare facilities. Tax exemption for vocational training institutes is a great step since this will go a long way in addressing the unemployment situation of youth.

AIT and AT have been reduced for cement and source tax reduced for cement, steel, and steel products industries. AT should be eliminated altogether since it places a burden on companies in terms of cash flow. Adjustment against VAT payable is also a nightmare.

Among other items, soap, VAHO, and mustard oil to become expensive with additional SD and VAT.

There has been an increase of tax at source under Section 52 from 5% to 7%, and this becomes minimum tax under Section 82C. In addition, there is no change in the cap of 0.5% on turnover for promotional expenses. As a result, the above will eat up the reduction of 2.5% on corporate tax.

There is no reduction despite job losses, pay cuts, and inflation. The last change was done before 5 years. Reduction of personal tax and or increase in the minimum threshold would have increased disposable income and given a fillip to aggregate demand. This should have been done at lower levels and not at the top brackets who already have big savings, and tax benefits would have further added to the savings.

The big worry is that there is no specific direction on how to increase taxpayers. NBR estimates 4 crore potential taxpayers. The reality is that there are around 40 lakhs registered taxpayers, but around 22 lacs submit their tax returns. This continues to put pressure on compliant taxpayers. Tax deducted at source becomes final tax under Section 82C of the Income Tax Ordinance, which goes beyond the fundamentals of taxation.

I will now take a brief look at some of the important sectors that directly or indirectly affects economic growth.

Over the past few years, including the budget for FY 2021-22, spending in the health sector is less than 1% of GDP. On the other hand, WHO recommends a minimum of 5% of GDP.

The biggest malaise of this sector is poor implementation of the budget. 24% of the development budget remains unused. The ministry has spent 25.46% of the allocated budget spent in the first 10 months of the fiscal year.

Besides, a block allocation of Tk 10,000 crore has been kept to meet the expenses related to unanticipated emergency requirements, like in the previous fiscal.

Health experts and right activists said a considerable increase in budgetary allocation focusing on primary healthcare would have been a true recognition from the Government for the health sector, which is battling against the pandemic to save life and livelihood.

Although there is no mention of separate allocation for Covid-19 vaccines, the minister only said the Government would provide “as much funds as is required” for procuring the required doses.

The Health Minister said there is a plan to vaccinate 80 percent of the population in phases – 25 lakh each month. The Government had earlier planned to vaccinate 50 lakh a month. However, the vaccination campaign fell into uncertainty due to the dearth of vaccine supply. At this rate, the coverage for the entire population will take 8 years!

Delay will slow down economic recovery and will have a big impact on the educational sector discussed later.

The good thing is that in this budget, the Government is offering tax exemption for ten years for hospitals set outside Dhaka, Chittagong, Narayangunj, and Gazipur.

With the onset of the pandemic towards the end of March 2020, all educational institutions were closed. After a lapse of four to six months, online classes started in a limited scale. The issue is the digital divide. Only 44 percent of the children aged between five and 11 in rural areas have a TV at home. In urban areas, it is 75 percent, according to the Government’s Covid-19 Response Plan for Education Sector, prepared in May 2020.

Only 30 percent of children aged five to 11 in rural areas have internet access, and just seven percent in the poorest wealth quintile generally through mobile phones.

Ninety-two percent of that age group in the poorest quintile do have a mobile phone at home, but these are generally low-cost feature phones, which may have internet connectivity but with limited capabilities, according to the Covid-19 Response Plan.

Demand for laptops has sharply accelerated with the commencement of online classes. The price of laptops and accessories has shot up, making them unaffordable for most people.

Non-MPO teachers are not getting salaries or very much delayed.

The other worrying part is that the current education system is producing millions of graduates, but there is no job. Statistics show that around 2.2 million students graduate every year, but around 3 to 4 lacs land up with jobs. In most cases, they end up doing jobs that are well below their educational standards and sometimes get the salary of a driver! Before the pandemic, 39% of university graduates were unemployed. On the other hand, we are spending around 5b USD every year for foreigners working in Bangladesh. This is because the curriculum taught in our colleges and universities is not aligned to business needs.

In the west, most students from schools do not go for higher education but mostly get some vocational training and do skilled jobs or get self-employed.

School students should be given career guidance so that they are encouraged to go for some vocational training and become self-employed instead of the usual routine of going for higher education. At the same time, the Government needs to escalate public awareness of the importance of vocational training.

Ironically, the Government has no data yet about this new vulnerable population and no means to reach out to them with support. The poor the Government knows of today is through the dataset dated back to 2013. The Government would have been in a far better position in dealing with this crisis had the Bangladesh Bureau of Statistics (BBS) delivered the much-needed poverty registry, the National Household Database, on time, in 2017. Sadly, that dataset, developed over the period of 2013-17, is going to be obsolete when it is released in 2021. Pandemic has changed the poverty landscape, altogether.

The social safety net has a bigger allocation- will mainly benefit poor elderly people, widows, disabled, deserted, and destitute women. However, the new poor has not been addressed. There are allegations of misuse. CPD study says 65% of the funds have gone to non-entitled people. Even there have been irregularities in the 50 lacs of a vulnerable population that were given Tk 2,500 per family. After scrutiny of the list prepared at district and upazilla level, the Finance Ministry struck out 15 lacs from the list.

Ironically, a big chunk of the safety net allocation goes towards the pension and benefits of the public sector, whereas the private sector gets no attention.

There is no respite for the informal or middle class who have lost jobs or having pay cuts after Covid. World Bank estimates a 49% decrease in pay. More than 1 million people in the informal sector have lost jobs. In the organized sector, there has been considerable job loss.

Of the earlier allocation of 23,000 crores for the MSME sector, 72% has been disbursed. This sector is important since it creates jobs for 25% of the population but is now struggling for the dearth of finance. Of the job created in the manufacturing sector, 90% is from this sector whereas it is 80% of the total jobs in the service sector.

Allocation for mega projects in this budget is BDT 37,000 crore, a sharp increase from the figure of BDT 25,474 crore in the earlier budget.

Whilst there is no denying the fact that we need mega projects to increase the GDP by 3 to 4%, the current situation demanded that we go slow on these projects. The policymakers could have used the amount saved to provide relief to the new poor and increase stimulus in the MSME sector. Benefits from megaprojects will take time to accrue, whereas the crying need today is ameliorating the hardship of the poor and creating jobs.

The policymakers must engage in dialogue with the business in order to understand their pain points and try to redress them wherever practicable. There is intense competition in all sectors in the backdrop of excess capacities. With easy access to funds, new entrepreneurs enter certain business sectors without understanding the business model or the existing competition. As a result, margins are squeezed in most sectors. In this situation, the excess tax burden is the last nail on the coffin for most of these entrepreneurs.

Finally, the Government should fast-track the preparation of a reliable database so that the poor can be identified and relief is given to them that will, in turn, come back to the economy through spending and stimulating aggregate demand.

Is Russia’s Economy in Danger?

The InCAP Desk - March 14, 2022 0
Western nations have been imposing sanctions on Russia since the start of the war in Ukraine. As a result, about half of Russia's gold...
Go to mobile version