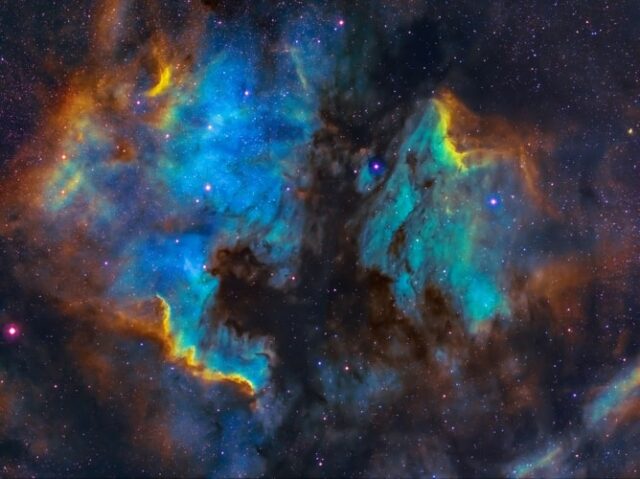 At the very beginning, there was nothing in a way only to perforate that the four fundamental forces, namely the strong nuclear force, weak nuclear force, electromagnetism and gravity remained for a billionth of a second in unification. And as these four forces expanded and reacted, the reality was brought to the stage of existence and six billion years fast forward what we have is life.

Though life is in a process opposite that of inhibition and this has brought the laws of how life works to the fore, in an ever so more prohibited manner such that there hasn’t been a realization of the truths evident about life.

Before we delve into the matter of facts few things must be made clear: The science of how things work out and how things don’t and the eventualities of such things put everything in the right place at the right time.

Where do we put science as a tool to use to understand reality? The answer to those very liable questions which arise from profundity puts us at the ease of disposition. But as far as the current situation goes, the world and its inhabitants are slowly deviating away from the truth through glimpses of actuality which masks the current situation as the forefather of everything and the long term as a minuscule matter to be concerned of.

The idea of existence has been a raging concern since the times of philosophers such as Socrates and Plato and being at the forefront of an ever-changing world. We are now in a position to choose and differentiate what is there actually at the offer. Reality may not seem as harsh as it gets because at the end of the day, the way we look at things in some ways determine the way we get to understand it and that’s just the beginning.

To understand nature and mingle with it to rip of benefit has been the communal way of human beings saying: we did it for our betterment. But what’s in the betterment of a temporary world, give or take 100 years and from the perception of a human’s mind, these 100 years are the reality upon which we are acting upon. The eventuality is that the human civilization is so inherently stuck on building their criteria that the truth about nature and the universe gets lost in the waves of practicality.

We don’t have to look very far. For example, the diameter of our sun is 1.3927 million kilometers by effective measures. This astronomical figure isn’t that astronomical as 1.9 million piles of earth can fit into the whole body of the sun.

However interesting our sun, which is a star is not the biggest star around, some stars are bigger than our sun and generate energy and radiation at levels previously unbelievable about 100 to 200 years back and shines through for more than for billions of years and yet when we look at the night sky it seems they are tiny pearls from the oceans.

The real astronomical figure for example as reported by the Gemini Observatory telescope located in Hawaii and Chile is 8.1 meters in length, and the best optical infrared telescope available at the disposal of scientists around the world can take images of places of the universe light-years away from our planet. Just for comfort and surety, our Milky Way galaxy that we reside in spans about 100000 light-years which means it will take a light one hundred thousand years to travel from end to end.

To add to it, light travels at the speed of 3×10*8 meters per second. So even without doing the math, we can conclude that how much is the actual distance and how insignificant we are in the reality of things.

But what are planetary nebulas- These are in fact places where the stars called red giant, which is hundreds of times bigger than our sun-emanate ionized gases which give off radiation signature and according to the images captured by the Gemini Observatory telescope one, such was founded and named CVMP 1 thousand of light-years away from us, and this proves that the expanse of our universe which contains over 100 billion galaxies and each of those galaxies containing billions of stars indicates our notion of being a very small scale object infinitely small as compared to other things.

Now let’s take a look at the opposite end of the same thing: Bacteria, viruses and microbes. To begin with, microbes are very tiny living cellular organisms which are all around us but too small to be seen. They exist everywhere from our bodies to deserts, islands, rocks and the deep sea. They are so small that our eyes cannot perceive their shape and form but yet they exist and we know this by foremost their interaction and various diseases they cause.

The new scientific evidence through techniques such as a light microscope, which uses the visible light radiation to see cells of this virus and bacteria, but there is a limit and that is we can’t see anything less than half the wavelength of visible radiation in this process.

Another method is to directly stick fluorescent materials to viruses that give off radiation and hence through radiation they can be tracked and all this at the intermolecular level.

Super-resolution microscopy can be used to exactly pinpoint the location of the virus in the cell and which part of the cell it is using to replicate itself. Electron microscopy uses electrons and fires them at objects to get the nanometer scale picture of the constituents of microbes and viruses.

At last, we have the crystallography, which must have the virus in its isolated and original form and then dissolved in a solution and evaporated to get crystals and use X-ray diffraction to shine a light on the structure of the virus even at an atomic scale.

Building from what was written earlier; the microbes represent the very small and planetary nebula, which is very big. But what we have in the middle is human life and this primarily explains the fragileness of human life and how susceptible we are to external threats.

Not to mention the meteors flying around space to the massive explosion of a dying star called supernova to the infinitely strong pull of a black hole. The Universe is full of dangers and it is simply lucked that we are alive. Even taking into the factor that microbes and viruses can kill us, we are truly at the comfort of our surroundings.