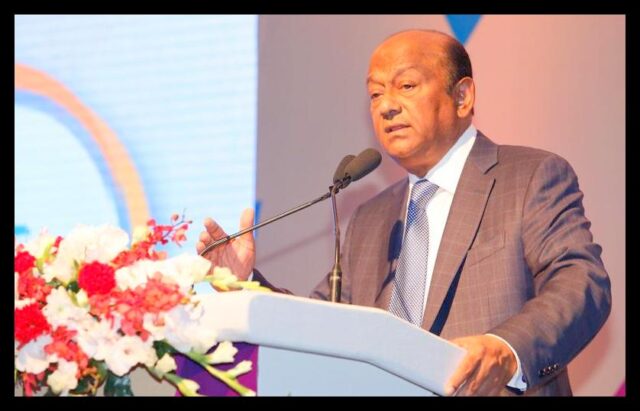 Words cannot be enough to describe the importance of the enormity that Mr. Latifur Rahman had on the Bangladesh Business Scene. He was one of the greatest business leaders to whom people can learn about business ethics and social responsibility. Moreover, he was the biggest media moguls in Bangladesh.

His impact is unchallenged, and integrity is unmatched, and there isn’t a blemish or misgiving in the way he operated and carried himself. Strength and courage, the two most important qualities for any human being, was his trademark attribute. The place to start to give reasons on how a person of such character evolved in a nation like Bangladesh may be one of the most delightful questions that have arisen after his death. In simple terms, to understand Mr. Latifur is to verify the country’s entire network-accounting to the policies devised and steps taken as an example for future leaders and their torch-bearers.

The condition is set: Consumer trends and understanding the trend require some sort of mental faculty, which includes the subject of Business and how the segments of the society interact with the businesses to provide a background for the required consumer base. And eventually, from that arises the instinct of how to conduct businesses and renew and develop a new interest for products and services, including the existing ones and introducing new ones considering the market space and demand in the local market. Mr. Latifur Rahman was the epitome of all of this, and the rigor of his mentality was proven by the works he did and businesses he set up.

After establishing the Transcom Group back in the 1970s, years passed, and the economic aspects governing Bangladesh changed. And in favor of those changes mainly basing some ground on the general level of productivity and employment and the rise of the middle-class paved way towards setting the agenda into place. Bangladesh, if not heavily, relies somewhat on the privately owned and controlled businesses. The whole sector within itself relies on the newness of the scene, and from that, the question arises that is the private sector developing enough in every aspect to meet the ever-growing demand of an increasingly growing consumer base for foreign-based staple products? The answer to this very question was left up to people with minds like Latifur Rahman. Therefore, in its very efficacy, the unparalleled mind that Mr. Latifur had and the sixth sense of establishing business considering its long term effectiveness was a pearl for our entire nation.

His influence was not only in the Business area. In the field of print and to some extent contemporize media, his extraordinary dominance, and exemplary finesse in the way he established the two leading newspapers of the country, one is Bengali and the other in English: Prothom Alo and The Daily Star along with abc radio meant that an infusion of all his works was bubbling just right under the surface before the boom of the private sector in merge with public sector took place from the early 90s.

To end the article, Bangladesh was in a state of economic boom for more than 20 years, even though some of the reports by ADB, IMF, World Bank suggested otherwise, for people and personalities like Mr. Latifur Rahman, the economic modalities coincided with the productivity and growth promised by the Bureau of Statistics and in some cases exceeding the values instilled within us by the fervor of our mentality.
Lives will come and go, and that’s nature, but people like Mr. Latifur Rahman will be, at least in the context of Bangladesh, a gem whose comparison shall not be found even though there may be lots of years to come.
Here’s a salute to a true hero Bangladeshi business world.

The InCAP - October 26, 2019 0
A day-long training and workshop were organized for the students of the Department of Political Science at the University of Dhaka under the initiative...