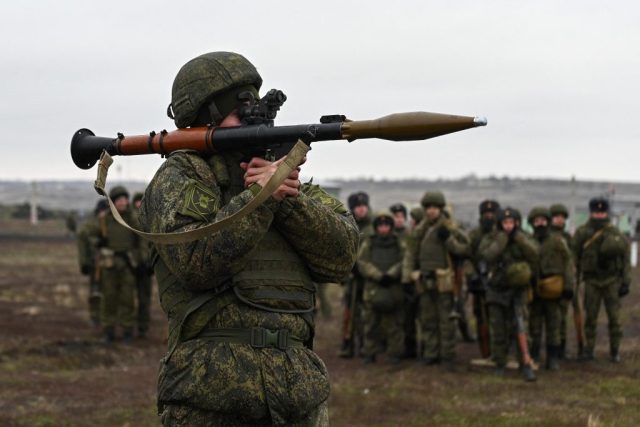 Russia stationed nearly 100,000 troops along the border with Ukraine, heightening fears of an invasion in the recent winter season. The article is about Russia-Ukraine Crisis Exposed. Western nations, notably the United States, The North Atlantic Treaty Organization (NATO), and the European Union, have cautioned Russia against any action, threatening reprisal if attacked its neighbor.

In the most recent developments, US President Joe Biden and German Chancellor Olaf Scholz met in Washington, DC, to declare that they are working closely together to pursue diplomatic solutions to this situation while also threatening to “end” Russia’s lucrative new Nord Stream 2 gas pipeline to Europe if it invades Ukraine.

In Moscow, Vladimir Putin met Emmanuel Macron for a luxurious dinner as the latter attempted to persuade him to reduce his forces and prevent war, with the former seizing the chance to threaten greater violence if Ukraine is allowed to join NATO. In reaction to 30,000 Russian troops coming to Belarus, Kyiv’s army is preparing drones and anti-tank missiles along the country’s border with Belarus, whose president, Alexander Lukashenko, is a staunch Putin supporter. The United Kingdom, which is still threatening harsh economic penalties, has announced the deployment of 350 troops to Poland, while Germany has pledged the same amount of troops to Lithuania in case of future confrontation.

So, let’s find out what is going on in Eastern Europe, where it all started, and how will the situation play out?

How did the crisis begin?

The current problem is better understood when we go back eight years. After Moscow-friendly President Viktor Yanukovych was forced from office by significant demonstrations in 2014, Russia seized Ukraine’s the Crimean Peninsula. Then, Russia backed a separatist uprising that erupted in Ukraine’s east a few weeks later.

More than 14,000 people have died in the eight years of conflict-ravaged Ukraine’s eastern industrial heartland, known as Donbas. Both Ukraine and the West have accused Russia of sending troops and weaponry to support the separatists, but Moscow has disputed the accusations, claiming that Russians sided with the separatists willingly.

France and Germany organized a 2015 peace accord, known as the Minsk-2 agreement, to stop large-scale combat. The 13-point deal required Ukraine to provide separatist areas autonomy and grant insurgents amnesty to complete control of its border with Russia in rebel-held territory.

However, the deal is complicated since Moscow maintains that Russia was not a participant in the conflict and hence is not obligated by its provisions. The removal of all foreign armed units and military equipment from the two contested areas of Donetsk and Luhansk is demanded in point 10 of the agreement. Ukraine claims this relates to the Russian military, although Moscow denies having any troops.

Fears of a new conflict erupted last year amid a surge in ceasefire violations in the east and a Russian army concentration near Ukraine, but tensions eased when Moscow withdrew the bulk of its units after rehearsals in April 2021.

What is the current situation?

US intelligence authorities decided in early December 2021 that Russia intended to deploy as many as 175,000 troops near Ukraine’s border in preparation for an invasion that they anticipated may commence in early 2022. In December, Kyiv (capital of Ukraine) warned that Moscow had stationed over 90,000 troops along the Ukrainian-Russian border, warning that a “large-scale escalation” may occur in January.

Additionally, the Ukrainian armed forces commander-in-chief stated that Russia has around 2,100 military soldiers in Ukraine’s rebel-controlled east and that Russian officers command all separatist forces. Moscow has frequently denied the existence of Russian forces in eastern Ukraine, refusing to provide any information regarding their numbers or positions and claiming that their presence on its soil should not be a source of worry.

Meanwhile, Russia has accused Ukraine of violating the Minsk-2 deal, and the West has been chastised for failing to support Ukrainian compliance. Amid the squabble, Mr. Putin has ruled out a four-way meeting with Ukraine, France, and Germany, claiming it would be futile given Ukraine’s failure to follow the 2015 accord. Moscow has also slammed the US and its NATO partners for arming Ukraine and staging joint drills, claiming that this pushes Ukrainian hawks to use force to retake rebel-held territory.