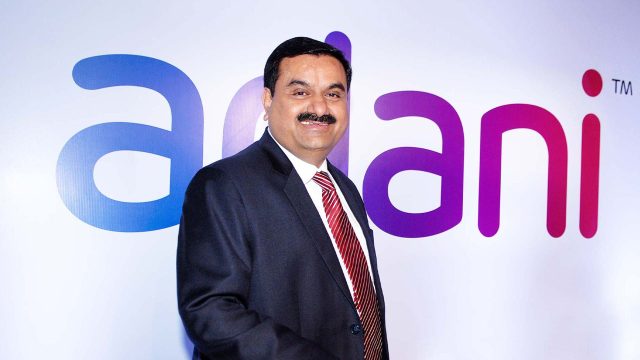 According to the Bloomberg Billionaires Index, the 59-year-old mogul’s net worth surpassed $88.5 billion on 7th February 2022, surpassing Mukesh Ambani’s $87.9 billion. Adani is the world’s largest wealth gainer this year, with an almost $12 billion increase in his fortune.

The coal magnate, whose controversial Australian mining proposal prompted criticism from climate activists like Greta Thunberg, is increasingly looking for ways to diversify his business outside coal. He’s branching out into renewable energy, airports, data centers, and defense contracting, all of which Indian Prime Minister Narendra Modi sees as critical to the country’s long-term economic aspirations and nation-building.

Deepak Jasani, head of retail research at HDFC Securities Ltd (financial service company), said, “The Adani Group has identified and joined all of the hot areas at precisely the right time, attracting a select group of international portfolio investors. Moreover, the sectors are capital-intensive, and the company has faced little difficulty in raising funds to expand.”

Both Indian billionaires, who gained their fortunes on coal and fossil fuels, are now pursuing green energy ventures. Ambani has pledged $10 billion over the next three years as part of a $76 billion renewable energy investment plan. Adani has promised to invest a total of $70 billion by 2030 to help his company become the world’s largest renewable energy generator.

In 2021, Total SE and Warburg Pincus LLC invested in Adani’s businesses. In January 2021, the French oil giant agreed to purchase 20% of Adani Green Energy Ltd. and a 50% share in the Indian partner’s portfolio of operating solar facilities, but at a significant discount.

In only three years, Adani has acquired control of seven airports and approximately a quarter of India’s air traffic. His firm is the country’s largest airport operator, power generator, and city gas merchant in the non-state sector.

MSCI has included several of Adani’s equities to its India index despite the lack of analyst coverage. In May, three of the tycoon’s publicly traded firms were added, bringing the group’s overall presence to five. According to HDFC’s Jasani, the increase has resulted in more compulsory purchasing by investors who watch the measure.

Adani, a college dropout, began his career in the diamond industry in Mumbai in the early 1980s before returning to Gujarat to assist run his brother’s plastics company. He founded Adani Enterprises in 1988.

The businessman is a crisis survivor. He was abducted and held for ransom more than two decades ago. He was one captive during the terror strikes that murdered at least 166 people at Mumbai’s Taj Mahal Palace hotel in 2008.

Climate activists dispute Adani’s claims of sustainability and green intentions, pointing to the company’s Carmichael coal mining project in Australia, which would increase the supply of the highly polluting fossil fuel. However, after failing to get external finance, the Adani Group decided to utilize its funds and announced in December that it was ready to commence the first coal shipments from the Australian project.

Modi’s political opponents have chastised the billionaire for his closeness to the strong leader, with some even accusing him of cronyism. However, such criticism has been dismissed, Adani has also prospered to his successful approach of aligning his investments with Modi’s interests.

Ports, for example, are “virtually monopolies” for the Adani Group, according to Sanjiv Bhasin, director at local brokerage IIFL Securities Ltd. Moreover, according to Bhasin, many Adani enterprises are tightly related to India’s industrialization and infrastructure development, which puts them “in a golden place,” according to Bhasin.