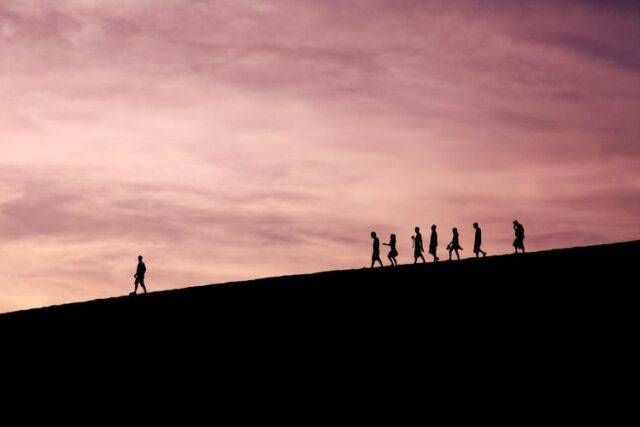 Youth and leadership intricately intersect each other. The notion of leadership has to be instilled in the framework of society from a very early age as the time of youth is the most prominent opening for it to prevail. The artistry required to bring forth a cultural change through youth leadership requires serious abandonment of some of the hardest-standing truths that decide fate.

In a more pronounced fashion, youth leadership deals with the way the history of leadership is brought to the fore in a time where other aspects such as popular culture and fashion have taken the front seat in the scenario through the persistent agenda of the age of rejuvenation.

Leadership is not a matter to be taken lightly-as is seen in history. Leadership sways the mind of people into going for things best for them. But then there is the case of the minority against the majority and the perspective of the notion of leadership into making and
taking a future better prepared from all the fonts including those very minority amongst the majority. Some of the most critical concepts that reflect the ugly facets of society put us in a mannerism of partnership.

The organs of governments are in partnership, the private multinational companies are in partnership with the government and other sectors ranging from manufacturing to agriculture and almost anything that has shown achievement is a one way street of partnership, where the game reaches a state of where the ground is as fair as that of human liberty. Through prolonged reaction to the preliminary imperative and that being the idea of leadership in to easing mass hardship and soothe a way of life as idealized as that by the forefathers has become a ticking time bomb.

Waiting is the least of options and globally persuasive measures are already on the way to shield the paragons of leadership. Encouraging the youth to take on leadership as the prime objective has put us close to the extent of the vision of a free liberal world and the posthumous analysis has become the biggest undecided factor.

Apart from creating obligatory references which acts as a buffer, involving youth in the world of politics and leadership, both oxymoronic to a much lesser extent have downed our entire world in a deep pit of no return. From every corner around the globe, there hasn’t been a time where the involvements of youth in effective measures such as leadership become a crystal clear depiction of human ingenuity.

Starting at a very early age, the leaders of tomorrow have the widest of perceptions and the soundest of morals to back up the opinion in a manner as original as that of our existence. The right time to render the process of creating a leader is a perfect fit with the age of youth as youth is the time in a human’s life where they are susceptible to all kinds of influence.

Now for most of the part, the influence becomes something immoral and has this negative effect on youth but springing out of fatalities is the minorities that aid us to put the very few as leaders who got the most important quality of all: Wisdom. By goodm amounts and constants, there isn’t a power strong enough to recapitulate the human mind, and that becomes the most significant determinant out of all the possible measures taken.

But even though there are places where the apex of modernity flows as smoothly as water, the region of dire follies is put to test and this becomes a model for the betterment of the future.

The current narrative is not invalid by any means and the politics of leadership in itself has downplayed to decay. Therefore there is this mold that is highly viable to be altered in a perilously terrible way
and preparation must be taken for its aftermath.

In some of the most challenging scenarios, the expertise required to put us above the situation will prove nothing: corruption as lubricant will remain a lubricant and that will not change. But what will change is a complete overhaul of the current system the world is operating in and this will settle the corners of a new and more vulnerable place that we are in.

Youth is a beautiful time; it’s a time from where we begin to strengthen faith and wisdom and through experiences amongst everyone. The beauty is even more accented to a level unheard of. As the case gets
ever so much more evident with time, youth leadership has become a prime concern in times where the torch bearers of politics remain more mature with more experience and versatility amid negative
recuperations.

Modern youth leadership doesn’t spring out of anywhere, what they come from is sacrifice and loss, a realization of culminated neglect and adhering to the wrong beliefs that set us on an unreliable path. Before we begin to slide down the plane, the inclinations towards political heresy remain the biggest obstruction to lure young people Into the idea of leadership and politics in general.

The calibration of future leaders begins at the time of youth and it’s the perfect time to secure and bring the qualities required by a person to lead. To lead not only does mean lead in general but mitigate some of the biggest issues using IQ, logic, sense and empathy to stimulate the mind of the perfect leader.

Saudi Arabia Aims To Drive The Future of Aviation

The InCAP Desk - April 7, 2022 0
Saudi Arabia has started increasing its capacity in the aviation sector. For this, various plans have been taken, some of which have already begun...