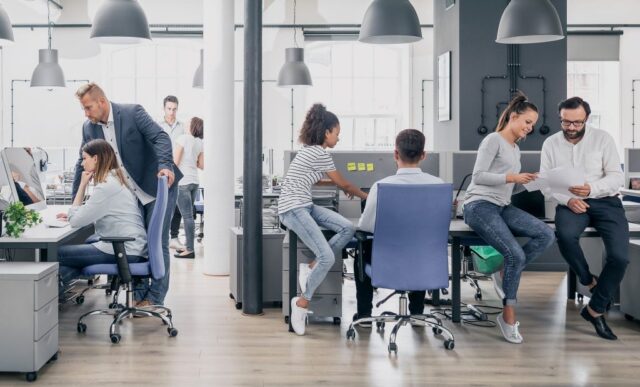 Rational decision-making is central to the outcomes of a situation. Decision-making cannot be haphazard, nor can it be an exact solution to a problem. Deriving scenarios where the choice and profusion of limitations of human psychology have become a preliminary doubt that arises from logical imperfection. Choices-be it rational or irrational-presents us with the clear-cut picture of whether we rise to the challenge of modeling at first an individualistic behavior and at large the collective behavior exhibited through mass-based propaganda fueled by agenda.

In a very normal circumstance, we are left with two simple things regarding choices: Are we a mere inhibition of social norms, or have we risen above the status quo. Rational choices are a choice which addresses the best outcome from the list of possibility. Anything negligibly derogatory falls under the shadow of irrationalism. As far as choice goes, the science of rational choice has jumped miles into the air and brought back many of the modern practices attenuated with the tools required for the perfect upsurge. The way humans interact with each other is in itself a science, and there is no escaping the repercussions of such interactions.

Strategic modeling of both the economic and social circumstances leading to an event, the outcome the phase in and out of variables existent and non-existent in the world created by man and that in nature. The strategic interaction between at first between individuals, then groups, and then between corporations, businesses, and countries all fall under the same line of thought-how are we using our choices to make handle the most effective and efficient use of the tools available from technology to theory-to probe into the deepest depths of the common human initiative. This logical reasoning and deduction make up the world today.

Nothing will replace the science of logical rationality, and using logical rationality, we put the options at hand with a greater degree of visibility-clearing the picture and help us dive into the decision-making process that governs the world economy. However, we cannot just put a bar on how far rational decision making takes us-even in evolutionary biology-rational choice plays a role as a crucial aspect that cannot be omitted; rather, it has become an irremovable portion lives of billions of people. From birds nesting and laying eggs to a human baby learning how to walk, the rational choices we make as living creatures are inherent and passed down through hereditary characteristics present in everyone and every living creature on the face of the planet. So where do the tagline “Human beings as the most form of dominant species” come from. It comes from the optimization of our rational thinking and how human beings can use this changing socio-economical science to put up with abnormalities and hinge back on the expected good outcomes.

As a result of the optimization of resources in a combination of the rational choice situation-based conditional outcome and the strategic manipulation of economic theory and applications to yield the best result, the end result is a situation-based conditional outcome. Now more than ever, a climax of utopic vision has slowly been diminished by forces control and out of control that has met the so-called “Judgments” as a fact yet unrecognized and full of unnecessary policymaking. Robust growth and health, a thriving economy, and global peace are promised by rational thinking and strategic manipulation of thought. But so far, we have yet to mitigate factors that set up the level of economic sanctuaries present on which the whole world rests upon.

The cause and effect scenario represents the most vigilant outcome of the situation, and this incoherently forms the base for which we can’t run around making predictable guesses and to requires some bit of modern thinking towards which we lay our hand upon for two things-at first we begin to rely on the intuitive processes of the human mind plus the instinct which forms the pathway towards it and second the re-imagination of how the entire world works.

The theory of rational choice is by no means an ordinary condition. The boundaries set the limit on how to grow to the extent that encloses the moral vicinity that generates rational decision-making in a continuous state of flux. And we challenge our own moral that clearly dignifies the order of things: Choices multiplied by the probability of choices is what gives us the situation that we face every minute and every second.

Game theory is yet another frontier breached by the human mind. Interaction is a science, and the science of interaction helps us gather information floating around us and also within us. Game theory presents us with the complex utilities ever so more prominent in almost every other science and social science field. Game theory even models Darwinism and how evolutionary biology came to be the science that it already is. Market behavior and how the interaction of the consumer with the market can also be extensively studied through game theory. The modern-day marketplace puts us ever so much close to e use of theories proposed by game theory, and the applications range from the widest of horizons. Game theory, in short, helps us summarize the successful possible outcomes and outcomes where the games have been lost, and this puts the use of game theory in some of the post-top priorities of market behavior.

At the end of the day, we are left with choices, and the rationality in our choices defines what is going to happen. As we throw out the talk of downsizing the factors favoring the growth of an individual and the economy, we have yet to reach the state of zenith promised. But the mechanism is there: The torchbearers have ever so prudently formed an adjustment with nature, and economy-on one side is fact and on the other side is the change brings peace.

The InCAP - March 9, 2021 0
Since the establishment of human society, nature has been trying to find a solution to how a society can function effectively. Impositions on almost...