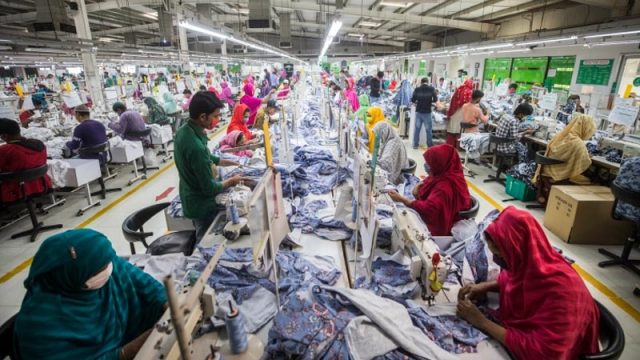 The United States is the single largest export destination for Bangladesh’s manufactured garments as a single market. The country imported more than $6.64 billion of apparel products from Bangladesh in the first eight months of 2022. Imports increased by 53.54 percent from January to August. Recently, this information has emerged in a statistic from the Office of Textiles and Apparels (OTEXA) of the US Department of Commerce. So, US Apparel Imports From Bangladesh Rose 53%.

According to statistics, the United States imported clothes worth 664 million 832 thousand dollars from Bangladesh in the eight months of 2022, from January to August. At the same time last year, the value of imports was 432 crore 51 lakh 90 thousand dollars. As a result, the United States clothing imports from Bangladesh increased by 53.54 percent in January-August.

China is the top source of US apparel imports, according to OTEXA’s country-by-country statistics. US clothing imports from China increased by 37.17 percent during the period under discussion. Clothing worth 15.55 billion dollars was imported. During the same period, US imports from Vietnam increased by 33.62 percent. Also, clothing worth 12.8 billion dollars was imported.

Industry stakeholders said that retail sales increased much more than usual due to the recovery from the Corona epidemic and the increase in consumer purchases. However, due to the slowdown in inflation and economic growth, it is a matter of thought about how much this upward growth trend will last in the fourth quarter of this year. In addition, demand for winter clothing is also relatively low due to unusually long summers.

According to BGMEA, the association of garment manufacturers and exporters, Bangladesh’s total garment exports maintained a significant growth rate till September. As a result, US imports from Bangladesh maintained a positive trend until September. But with the negative impact on retail sales due to economic volatility, buyers are now cautious.

When asked, BGMEA Vice President Shahidullah Azim Banik told Barta that the United States is the largest market for Bangladeshi-made garments as a single country. Export growth in the country is continuing. But our monthly garment export figure is not very good. Exports fell in August after July. There was a further decrease in September. Also, there is a fear that exports will decrease further in the coming days.

He added, “we have already announced this forecast. Our growth in the past few days was due to previous purchase orders. But now the purchase order has decreased by 20-30 percent. Especially in warehouses in Europe, many products remain unsold. So the purchase order has been suspended. As a result, the growth of garment exports will decrease further in October and November. Hope the situation can be fixed by January 2023.”

In July of this year, a report on the purchase forecast of US-based clothing buyers was published. Among the Asian countries mentioned in the survey report entitled ‘2022 Fashion Industry Benchmarking Study’, Bangladesh is among the most popular countries among the executives of US apparel-buying companies. China-Vietnam-Bangladesh-India leads the country’s top 10 sources of apparel imports.

Among the countries that provide clothing at the most competitive prices are Vietnam, Bangladesh, and Cambodia. Bangladesh’s dynamism in the US market in product supply is weak, but Bangladesh’s position in terms of sourcing cost is strong. This is reflected in the updated data on importing clothing from Bangladesh to the United States.

However, those involved in the garment export sector feel there is no chance to be excited about the current growth. According to them, the main export destinations of the products made in Bangladesh are western countries. After the impact of the COVID-19 pandemic, the markets of the countries started to recover. There was also a jump in demand after long-dormant sales centers became active, reflecting a considerable growth in total exports for Bangladesh.

However, there is uncertainty about the sustainability of this growth. Because of the omicron variant of the coronavirus as well as the effect of the Russia-Ukraine war, there is a fear of decline in the demand of the western markets.