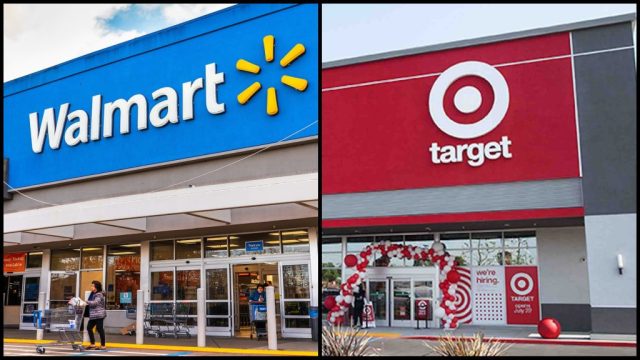 Walmart and Target both released their first-quarter results on May 19, and both companies had similar stories to tell about rising sales and declining profit margins. The article is about Walmart And Target Reported Higher Sales And Lower Margins.

Walmart announced that same-store sales in the United States increased 3% year over year in the first quarter and 9% year over year in 2020. In addition, on a one-year and two-year basis, the company’s Sam’s Club unit saw comps rise 10.2 percent and 17.4 percent, respectively.

Due to growing supply chain costs and product mix concerns where seasonal products failed to sell due to adverse weather across much of the United States moving into spring, Walmart and Sam witnessed a drop in gross earnings. During the quarter, Walmart’s gross profit dropped 87 basis points.

“Walmart’s bottom-line results were surprising and reflected the atypical situation,” said Doug McMillon, Walmart’s president and CEO. But, he also added, “Inflationary pressures in the United States, notably in food and gasoline, put more pressure on margin mix and operational costs than we anticipated. As a result, we’re changing and will balance our consumers’ desire for value and our requirement for future profit development.” On Walmart’s earnings call with analysts, Mr. McMillon indicated that general category sales were down in the first quarter, resulting in an unfavorable gross margin mix.

“Throughout the quarter, we faced unexpectedly high costs, driven by many factors, resulting in profitability that came in well below our expectations and below where we expect to operate over time,” said Brian Cornell, CEO of Target. Target pointed to its actions to reduce excess inventory and higher freight and supply chain costs as major factors affecting its profit margins.

The InCAP Desk - June 12, 2022 0
The plastic toy business could play a crucial role in extending Bangladesh’s export portfolio, and its exports are projected to reach $466.31 million by...
Go to mobile version