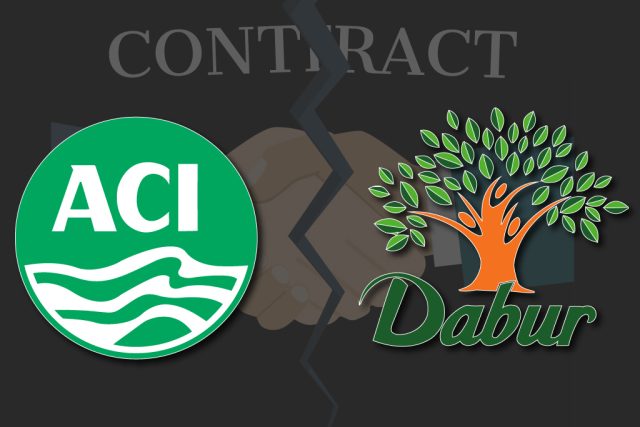 ACI Limited, a Bangladeshi conglomerate, will terminate a nearly 20-year-old joint venture agreement with India-based Dabur International. The agreement was signed in July 2003. The companies formed Asian Consumer Care Private Limited the same year to sell Dabur’s products in Bangladesh. Dabur and ACI have 76% and 24% stakes in the company. The ACI board decided to sell its stake in the Asian Consumer at Tk. 60 crore. The board has also agreed to spend the fund on business expansion. The article contains ACI To Terminate Joint Venture Agreement With Dabur International.

However, ACI Limited officials have declined to comment on when the termination will occur. In the meantime, Dabur has filed a statement with the National Stock Exchange of India. “Dabur International and Dabur (UK) Limited, wholly-owned subsidiaries of Dabur India Limited, have decided to purchase 8,479,187 equity shares and 1,000 equity shares, respectively, of Asian Consumer Care Private Limited,” the report stated.

Dabur will acquire the ACI holdings for Tk. 60 crore, which, according to the present exchange rate, comes to around Rs51 crore, the filing added. According to the ACI website, segments like toothpaste, shampoo, and homecare saw rapid growth in FY 2019-20.

Due to regional complexities and intensely competitive market dynamics, Asian Consumer’s revenue declined by 13.2% in FY 2019-20. According to ACI sources, Dabur’s brand was not established in Bangladesh even though the business started in 2003. Instead, there was a disagreement with Dabur in terms of business management. So ACI is severing ties with the company to focus on its business. But Indian companies like Marico are faring well after almost simultaneously starting their business in Bangladesh.

Besides, ACI Limited will merge the plastics business. The company said it will complete the merger after getting the approval of the High Court. ACI shares closed 0.9% higher at Tk. 279.10 on the Dhaka Stock Exchange. Currently, ACI has four joint venture companies with foreign partners, including Asian Consumers.