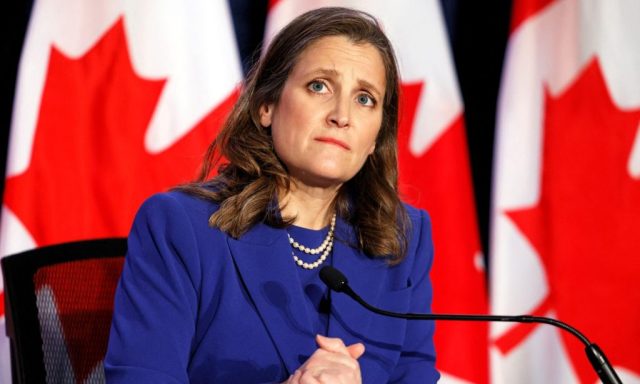 Justin Trudeau’s administration has imposed a two-year restriction on foreign investors buying homes in Canada to cool off a hot housing market. In releasing the federal budget for the year, Finance Minister Chrystia Freeland outlined many steps to curb speculation and demand amid record property prices. So, Canada Banned Foreign Homebuyers For Two Years because government is under pressure after prices climbed by more than 20% last year, while rental rates have also been rising.

As a result, the government has imposed a two-year restriction on foreign property purchases and higher taxes for anyone who sells their home within a year, albeit both policies include several exceptions, including permanent residents and international students. The budget also includes billions for new housing and steps to assist Canadians who are trying to enter the market, such as a new savings account and revisions to the first-time homebuyer tax credit.

After prices increased by more than 20% in 2021 and rental rates increased, the government is under pressure to temper an overheated market. In addition, in reaction to Russia’s invasion, the federal Liberal government has pledged C$500 million (US$397 million) in more military help to Ukraine, as well as increased humanitarian and financial assistance to Kyiv.

Canada has promised more than C$8 billion in extra military expenditure over the next five years due to months of pressure from the Nato military alliance and others. However, even if other allies dramatically increase their military budgets in the aftermath of Russia’s invasion of Ukraine, Canada will fall far short of Nato’s spending target of 2% of GDP.

India in Crisis For Massive Unemployment

The InCAP Desk - January 5, 2022 0
It is not easy for any country in the world to overcome the pressure of Covid. Although some macroeconomic indicators are good, they do...