Home Economy How GDP Has Been on The Uptrend for Bangladesh? 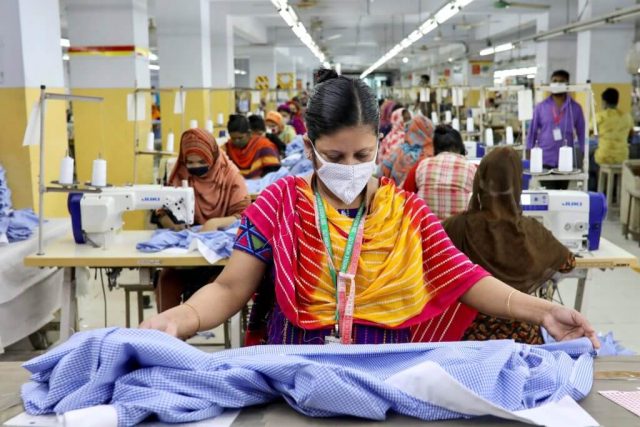 The GDP (Gross Domestic Product) per capita measures the productivity in economic and monetary terms of the individual considered the basic unit of economic growth they exude. The value is the unit of financial barometer- the idea of a booming economy based on strict terms and conditions- is the highest value. There are, however, distinct differences between the GDP nominal and GDP per capita along with the PPP(Purchasing power parity). The article is about How GDP Has Been On The Uptrend for Bangladesh?

The main objective of this writing is to highlight how the Per capita record reflects the symbiosis of the wealth gap and the individual wealth accumulation across all formats of economic behavior. The monetary transition goes hand in hand with the growth of multiple sectors, and the ability of the homegrown plus international business to capture and dominate the market yields productivity. Economic discrepancies and trade barriers are yet two concepts linked to one another and provide a framework for analyzing how the markets could be put in a decisive situation.

The trade barriers are lowered in case of rapid globalization, and it becomes easy for the carriers to carry the flow of both money and information increasingly at a leisurely pace. The population, GDP, transparency score, and compulsory education are four primary factors affecting GDP per capita. The global picture represents a widespread viewpoint that proper education and the benefits of a better quality of life lead to a more rigorous speed of the per capita going beyond the projections.

However, the contagious nature of economic propensity is the idealization of the tenant of economic productivity, and when one of the primary indicators is the per capita GDP, the case becomes even more apparent. As is with the interconnectedness of the world, the ripple effect from one corner of the world from a major economy will be felt across the entire planet.

The GDP per capita of many countries is on continuous growth, and Bangladesh is no exception. The land size also tricks the laypeople into believing the shadow of the actual GNP and its correlated GDP numbers. Russia, for example, has the largest land dimensions of all the nations of the world, but its nominal GDP and GDP per capita are relatively comparable to those of the countries in the range of developed and developing nations.

China, yet another example, is a country with the second-highest GDP (Nominal) after the USA, but its GDP per capita is way below the most industrialized and developed world. But what does this picture represent: An accurate synopsis would be the real GDP valuation per capita per household which will eliminate the discrepancies faced in the family and eliminate the disparity in economic terms. Although the GDP growth rate affects the GDP per capita, the GDP per capita is the lone fundamental determinant of the function of the economic success of an individual financial account.

Youth unemployment and the population below the poverty line affect the GDP. An increase in production can increase youth employment. But youth employment in some instances will face adversity even though youth education may still be on the rise. The type of government-democratic or monarchic- plays a very influential role in determining the position of simple politics in the complicated geo-economic activity.

The relative performance of a Country’s economic activity with another is done by comparing GDP per capita-a clear-cut evaluation at its best-mends the ends together. The economic growth due to the increase in GDP per capita connotes that activity indicators like unemployment, industrialization, and import and export growth are equally liable factors that can’t discard.

But when it comes to Investment by foreign corporations in the country, the transparency rating/score determined by free judiciary, freedom of speech, freedom of the press, the balance of power, and a low level of corruption are the highlighted factors to be incorporated by the metric. In addition, political systems result from modernization becoming increasingly inclusive, and because of that, there is the pluralistic ability to enhance individualistic identity.

This helps secure private property and encourage entrepreneurship. The effect on the long-term is higher income and improved human welfare.

The higher the population, the lower the GDP per capita. Only sustainability comes from intense capital industries and their Investment in a particular region. In terms of productivity versus land area, there is hardly any correlation between the size of a nation and the false implication of more significant resources to greater economic productivity through the build-up of industries which is not the case.

In the transparency score, three tests, the pool OLS, The fixed effect, and the random effect estimations, show that corruption negatively affects the GDP per capita. GDP per capita is the GDP divided by the population of the country-the positive is the Total goods and the negative the population-both of which work in unison provide the necessary tools for economic evaluation.

The higher the growth rate, the higher the GDP per capita. In the case of inflation, there is more money circulating in the economy than the number of goods produced or exchanged in economic activity; this leads to an imbalance of economic activity in both the stock markets and the financial mechanism of markets in general. The relationship between GDP per capita and youth unemployment is paradoxical as with higher GDP per capita, the youth unemployment rate increases but the test of the relationship is that it is not that strong.

There is enough empirical evidence to suggest that the relationship between GDP  per capita and the poverty line is strong enough to indicate that a high value of GDP per capita indicates the level-headedness of the poverty line and what percentage of people are above and below it.

On the other hand, education plays a crucial role in increasing GDP per capita, as much statistical evidence shows: The more significant level of education earned by part of a population, the greater their output in terms of economic activity.

Although the relationship between the GDP per capita and the government is ambiguous, both communist and democratic regimes across the world have shown economic success despite their method of bestowing authority. This is because the formula GDP equals C+I+G+(X-M) where C is the private consumer; I is the domestic private investor, G is the Domestic government, X is the foreign purchase of American exports, and M is the American purchase of U.S. imports.

Bangladesh has become a lead player in the world in decreasing the poverty line level and increasing economic productivity through a rigorous education system and digitalization across the entire nation. As a result, Bangladesh’s per capita GDP to be $2,138.794 in 2021 and has eclipsed many other countries. Part of the reason is the development of the 11 dependent variables stated above and the partnership between various factors that work together to give the output.

European Bankers Alerted on Recession, China And US Banks

The InCAP Desk - September 8, 2022 0
Deutsche Bank Chief Christian Sewing, painting a bleaker assessment of the German economy, warned on September 7, 2022, that China was a considerable risk...
Go to mobile version