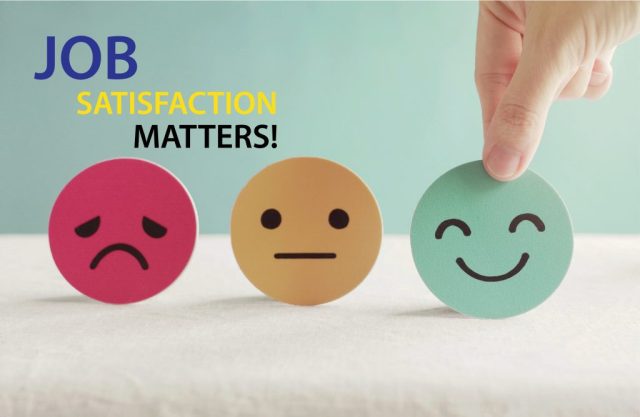 Have you ever thought if your employment is the right fit for you?

Do you know what it means to be right?

Personal intuition and circumstances are frequently used to determine whether you are satisfied with your career, whether it is right for you, and why that is important. For example, the ideal job is earning a specific amount of money for some people. For others, the ideal job may entail working with a supportive group.

What exactly does this indicate? Is it more satisfying to stay in an organization than to leave it? What would keep a person satisfied in a company if they were to stay?

One of the most significant aspects of a person’s life is their job. Their work influences their way of life and social lives. As a result, having a contented workforce is critical for any business. There is a widespread belief that an organization’s total productivity and success are dependent on employees’ effective and efficient performance and that more incredible performance is dependent on employees’ job happiness.

“Choose a job you love, and you will never have to work a day in your life.” – Confucius

The quote still has relevance today. It makes us wonder whether emotions like happiness, stress, and anxiety play an essential role in job satisfaction. A book titled Job Satisfaction by Robert Hoppock defines job satisfaction as any combination of psychological, physiological, and environmental circumstances that cause a person to say that they are satisfied with a job truthfully.

Keep these areas in mind as you read through the following six work satisfaction theories.

Edwin Locke, an American psychologist, has provided a range of affect theory, which has its roots in organizational psychology, and is possibly the most well-known model of job happiness. The relevance of how highly individuals value different components of their employment and how successfully their expectations are satisfied was acknowledged by Locke’s theory. In other words, our values shape our expectations, and the closer these expectations are to reality, the happier we are. If, for example, person X appreciates a work culture of collaboration and teamwork, but person Y sees this aspect as neutral, person X is more likely to be unhappy if their employer doesn’t realize this expectation.

But, according to Mr. Locke, having too much of a good thing can lead to job discontent. Using the same scenario, if a focus on teamwork comes at the expense of solo effort, person X (and person Y) may have a negative work experience.

The next idea of job happiness takes a different approach. Barry Staw and his collaborators developed the dispositional approach in light of findings that affective disposition affects job satisfaction. They claim that individual disparities in job satisfaction are explained by people’s proclivity to experience excellent or negative emotions.

The dispositional approach has been criticized for being limited by its purely empirical approach. However, personality psychologists have discovered that personality qualities, including job satisfaction, are usually stable through time and between jobs and careers.

Job satisfaction studies by Mr. Staw sparked a slew of new theories. One of these is the Core Self-Evaluations Model, which has much research. However, researchers discovered that four self-evaluations, which are independent of job features, mediate job satisfaction stability, and those are:

Thanks to meta-analyses that back it up, this job satisfaction hypothesis has become widely employed to investigate work qualities that lead to job satisfaction. Five key features have been identified, as well as three psychological states that operate as a ‘gateway’ to happiness:

John Stacey Adams, a workplace and behavioral psychologist, proposed equity theory in the 1960s. He claimed that occupations necessitate a constant review of the amount of ‘give and take’ between the employer and the employee. The main idea of this model is that a fair balance between an employee’s inputs and outputs leads to job satisfaction and motivation.

Here are some common examples of inputs:

The more significant the inequity between them, the less probable a robust and productive relationship will develop between them. Furthermore, discontent can worsen if the ratio of inputs to outputs is more unbalanced than others.

It leads us to the following notion of job happiness. First, as social creatures, humans pay great attention to the group’s opinions and activities. To put it another way, we don’t live in a vacuum.

According to Leon Festinger, an American social psychologist, humans have a natural need to seek others for knowledge that would help them construct a comprehensive picture of themselves. Isn’t this also true in terms of job satisfaction?

This is supported by social information processing theory. It recognizes that humans develop an image of reality by interacting with people around them, linked to the sociological notion of ‘constructivism.’

According to this approach, people may intentionally or unintentionally evaluate their coworkers’ feelings before choosing how they feel. As one might anticipate, if coworkers are happy with their jobs and the environment they work in, a person is more likely to be content.

Edward Deci and Richard Ryan’s work gave birth to self-determination theory (SDT). SDT is well-positioned to provide insight into job satisfaction as a macro theory that has been successfully validated in many aspects of intrinsic motivation and behavior.

In contrast to extrinsic drive, when an external objective pursues actions, intrinsic motivation leads to the start of behavior for its reward, according to Edward L. Deci. For example, this reward could be interest or satisfaction.

Extrinsic motives can be assimilated into people’s core sense of self and value system, affecting their behavioral framework, according to SDT. Three universal needs involved in self-determination have been identified as necessary to such integration: the desire for competence, autonomy, and relatedness. In addition, SDT has yielded crucial insights into work motivation, and job performance aspects.

The next three parts are coming soon. To get updated, Please Click Here!