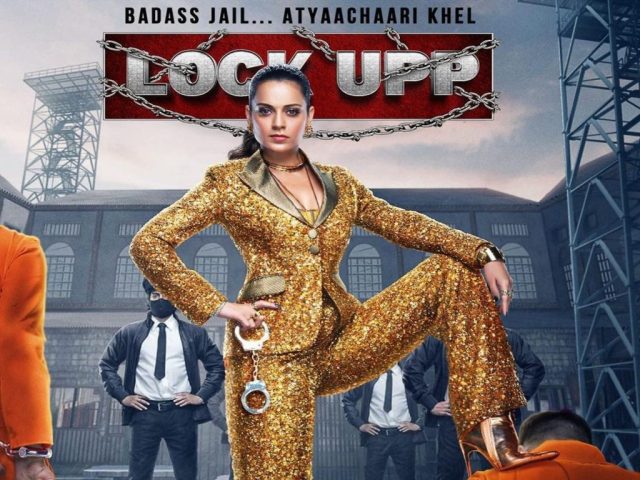 Ekta Kapoor’s show Lock Upp, presented by Kangana Ranaut, has surpassed 100 million views within 19 days of its release. In the show, 16 controversial celebrities are imprisoned for months. The show is presently available on MXPlayer and ALTBalaji, with the first episode airing on February 27, 2022. The article is about Kangana Ranaut’s Lock Upp Becomes Highest Watched Reality Show.

Every candidate is controversial somehow, which is why they were cast in the program and what the producers are counting on for its success. The show’s structure looks similar to Bigg Boss in that the contestants are confined to a space for several weeks, but to live, they must confess their deepest and darkest secrets.

Even before it was released, it found itself in legal problems. Sanober Baig, a Hyderabad businessman, has launched a copyright lawsuit against the show, accusing Lock Upp creator of copying his idea.

Mr. Baig said, “I registered my idea with the association back in 2018. I then got a director Shantanu Re to work with me on the same. We had pitched this idea to even Star Plus, but nothing worked out. And then, due to the pandemic, things further got delayed. I have been in touch with Abhishek Rege for a long time and have had several meetings about the subject in Hyderabad. He promised that once the market gets better, we will get going. A week back, I saw my dreams turned into someone else’s reality.”

How Was The Prime Minister’s Foreign Trip?

The InCAP Desk - November 28, 2021 0
Prime Minister Sheikh Hasina returned home on November 12 in the morning, wrapping up her two-week visit to the UK and France.  She left the...
Go to mobile version