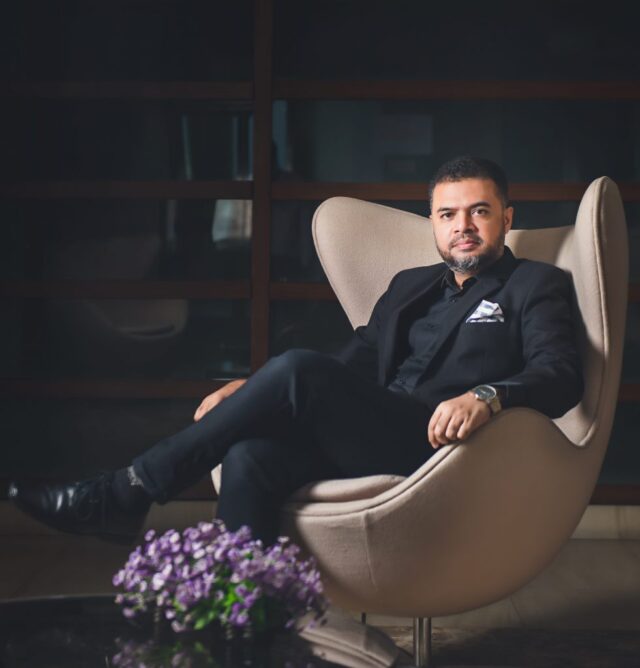 When a sparkling spectrum of talent with its very admirable and sublime touch of laudable excellence yields a uniquely desirable combination in its most presentable and unprecedented form for a person as a Sales & Service Professional, Facilitator, Speaker, and Trainer in Sales & customer services operations with over twenty years of experience across a multitude of industries like Construction, Telecom & Aviation industries, it’s Mr. Muhammed Mehdi Hasan Chowdhury who gets synonymous with a Living Corporate Icon for his Charismatic Leadership, much sought after resource in consulting and learning with respect to people and process development for business organizations, to whom a business challenge appears as merely nothing more than an opportunity that only awaits a better approach to be solved.

His glorious corporate journey of excellence includes various leadership roles in large MNCs and well-esteemed local conglomerates, where Mr. Chowdhury has never ceased to be after an endless effort to compete against none but himself, challenge even the best of what was being regarded as the best, redefine excellence in every walk of career by dint of his never yielding attitude toward solving problems, charismatic leadership, supportive and compassionate attitude towards his team.

He worked in the aviation and telecom sectors with remarkable achievements and is now serving the construction industry with augmented and well-acknowledged excellence. His personal and professional journey can be an example to be followed by the entrants to the corporate world.

Now, it certainly needs not to be mentioned that we all feel overwhelmed to the brim with the gust of excitement and irresistibly ardent passion with boundless curiosity driven by the eagerness to unlock the resourceful chapters of such a corporate icon, whose whole career is laden with a bounty of challenges, educative memories, plenty of indelible corporate achievements and laudable success.

Though Mr. Chowdhury was involved in a well-reputed language center during his graduation, he started his true professional career in the aviation sector at entry-level. He joined GMG airlines, the pioneer of private airlines of the country, as a sales officer in 2002 when aviation’s job was among the most preferred ones besides telecom and banking jobs.

In Sep 2003, in search of a better match to his intrinsic talent and leadership and to put himself in a more challenging yet more promising sector, he switched his career to the telecom sector. He joined Citycell, the pioneer of private telecom company of the country of the time, as an Executive.

The following year, he embarked upon Banglalink as an executive. Orascom Telecom (Banglalink) took over Sheba Telecom in 2004. In December’2004, when he joined there, it was like a start-up organization. It was, in its very crucial moment, in sheer need of a strong, reliable, well-adapt strategic hands to get shaped up and accelerate its business.

Mr. Chowdhury involved himself in many process development activities of the organization besides his core job. For his brilliant and outstanding performance, he could lift himself from the post of Executive to that of Associate General Manager within a very short span of time. With the alluring success of being adorned with 8 promotions in 11 years, he attained the Best Performance Award, Best Manager’s Award & Highest National Sales Lead for outstanding performance.

All these happened as he could add value to the organization by transforming cost centers to profit hubs, establishing low-cost sales & service channels, opening around 350 points which helped service reach customers’ doorsteps, and enabling the Churn ratio to drop by 50%, reducing 30% of the turnaround time of service by making VAS portal for the service providers and making initial process flow chart of front-end service, which eased the total service. While leaving Banglalink, he was leading a team of 230 people.

In 2016, when he was perfectly endowed with much of the time appealed aptitudes to bring him the best moment of corporate excellence and acknowledged performance and was about to unlock the most challenging chapters of his corporate career, he opted for taking his realm of excellence, leadership to BSRM, the leading Steel Company of the country.

As usual to his previous legacy of excellence and a long corporate trail of performance, he started injecting values there as Head of Sales. For his strategic move, besides regional sales growth, the export sales jumped by 400% in just within two years, dealers’ buying ability noticeably increased at no further investment, credit recovery improved significantly.

He has been involved in many process development activities too. A lion’s share of his time and dedication is invested in human resource development, especially in the learning and skill development areas. He himself conducts training and coaching in the organization, as he believes there are no alternatives to continuous learning and embracing best practices.

Mr. Chowdhury was born at Mirsharai of Chattogram. He is the eldest son of a Freedom Fighter and retired government employee Mr. Md. Golam Mowla Chowdhury and Mrs. Aklima Chowdhury. He was grown up in a much-disciplined environment for his mother. His mother helped him maintain a routine to grow up to be today’s Corporate Icon, Mr. Muhammed Mehdi Hasan Choudhury.

Instead of buying properties, his father invested in his children’s education, as he believes proper education is the best investment. When he was in HSC, his father bought him a computer that was the turning point of his career. He is happily married and the father of three children. He has one brother and two sisters. He spent most of his childhood in Chattagram beside Cox’s Bazar and Rangamati as his father’s job was transferrable. He enjoyed almost 15 years of colony life that helped him gain life lessons.

Mr. Muhammed Mehdi Hasan Chowdhury started his schooling at Cox’s Bazar Biman Bandar Kindergarten School. Though he studied in many schools, he completed his SSC from Agrabad Government Colony High School. He completed his college life in Government Commerce College Chattogram and MBA from IIUC. He has an excellent academic track record. He has been the 1st on the merit list of his MBA, majoring in Marketing & International Business and 2nd in the Combined Merit List of the university. In his Masters in Management, he has also been the 5th in the national Merit List.

He is a challenge-taker and real game-changer. He brings out the best in his team through strong leadership traits. Emotional intelligence, analytical ability, and a positive attitude help him lead a team with a huge portfolio.

Highlights of Achievements, Merits, and Other Honor

In 2013, he received ‘The Mirsharai Kriti Shontan Award’ from Mr. Dilip Barua, the then honorable minister, Ministry of Industry, Bangladesh.

Indian TV channels in Tripura interviewed him. He inaugurated the country’s biggest online job fair of Kormo by google. He was the speaker of the virtual Summit of NextGen Leaders, the largest online career development summit of Bangladesh. In addition to that, he hosted different biggest events of the present organizations as well as previous organizations.

Hobby and Other Interests

Once in a chess tournament organized by Chattogram Jila Krira Shanstha, he received the prize for the contestant, unbeaten in all boards, where Rani Hamid was also a contestant. In Table tennis, he received many championship prizes in different clubs of Chattogram and many of his college tournaments. He is the champion table tennis player of BSRM.

He received the champion trophy for two consecutive years. Besides sports, he likes writing. He wrote different articles, poems, and stories. Training and speaking are his passion. He conducted many trainings for many organizations and universities. He has given speeches to Many Sales Conferences, Online live Talk show programs, and Universities’ business programs. He anchored a musical program in Bangladesh Radio, a cultural and inaugural program at Zila Shilpa Kola Academy, Chattogram.

Helping people grow up has always been in the deepest of his mind so that they can contribute to the national GDP through the development of their skills in true sense and turn them into the real asset for their organization as well as for the nation, and that is what he irrefutably believes in and works for.

Throughout the both rewarding and changing walks of his corporate life, he has been exerting his devotion towards various training, motivational speeches, conferences, as it has always been he who is on a ceaseless mission to bring the best version of his team members. In brief, he has been relentlessly putting his effort to materialize his quote ‘Bring the good in you to spread good to others’.

Besides his citable and glorious trail of corporate career engraved with jewels reflecting the pleasure of turning challenges into rewarded opportunities and alluring achievements to reach the destination of creating value for his organization, he is involved with some voluntary organizations and educational institutions.

Besides this, he is a member of the Quantum Foundation. He has long been working for moral education to bring positive changes in the society so that our children’s first aim in life changes to ‘be good human being’ from ‘be a doctor or be an Engineer’ etc.

Throughout his corporate career, what he has always been focused on is to create the true value in an organization, the one that paves the way towards the perceptible achievement of an organization and its stakeholders in terms of growing revenue, profitability, augmented responsibility towards society and he has devoted the major portion of his talent, leadership, mentoring, directly or indirectly, towards materializing what he loves to be uttered as “Do not prove, improve silently. Learn, implement and impact to bring the change in you to change your surroundings”.

The InCAP Desk - March 1, 2022 0
Shariful Islam TareqAGM (Head of Operations)Marketing & MediaRupayan Group An adage goes, "Experience is the best teacher." While that age-old adage has stood the test...