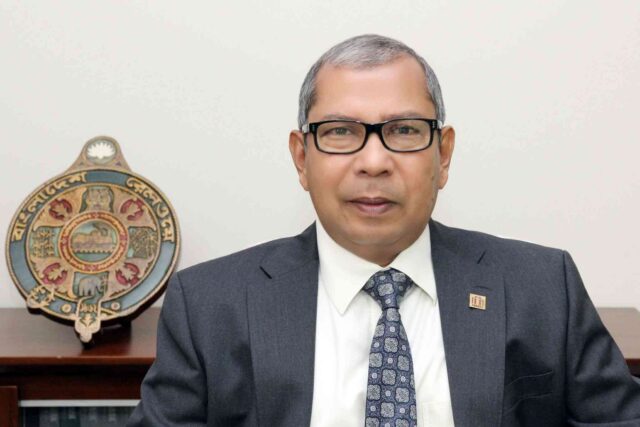 I am delighted to know that the international business magazine The InCAP is being published its special issue Hello’21 in January 2021. Many many good wishes for them.

The people of Bangladesh have been struggling and rebelling for ages in the hope of prosperity. After the ups and downs, the dream of establishing a developed nation was germinated in the hands of the Father of the Nation Bangabandhu Sheikh Mujibur Rahman, through the success of the great war of liberation. A developed nation entity needs ethnographic heritage and building a rich culture; simultaneously, it is necessary to concentrate on economic development and growth. In an environment of a strong economy, the country’s intellectual society and dignified nationalism are developed.

The Bangladesh Railway was almost destroyed by the Pakistan Army, who lost the great war of liberation in 1971. Bangabandhu Sheikh Mujibur Rahman, the greatest Bengali of all time, gradually rebuilt the railway system. But the progress of the railway, established in 1862, came to a halt after the brutal assassination of the Father of the Nation by traitors on the night of 15 August 1975. Then there is the history of the railways just falling behind. When Awami League again formed the government in 1995 under the leadership of Hon’ble Prime Minister Sheikh Hasina, the dream of revival began in 1998 with the establishment of a railway line on the Jamuna Multi-purpose Bangabandhu Bridge. And after the formation of the government in 2009 again, the Hon’ble Prime Minister is going to fulfill his father’s unfulfilled dream by leading the development of the upstream railway alone.

Bangladesh Railway is a complicated technical organization, called a day and night factory. In South Asia, especially in Greater India, the role of railways is immense in improving the quality of living. But under the imperialist system of exploitation at that time, the development of railways was in the dark till 1971. Gradually after 2009 and from the financial year 2015-16, the investment situation has been in the vertical line. In the last three years, about eight (8) thousand crore taka has been invested in Bangladesh Railway. According to the Railway Master Plan announced by the government, the government is committed to forming an eco-friendly and modern railway by investing Tk 5,53,662 crore in 30 years from 2016 to 2045.

The importance of the road, waterway, airway as well as railway is enormous in densely populated Bangladesh. Especially in Mass Transportation, there is no comparison of the railway. Over the past few years, the development of railways has caught the eye of the people, and interest in using railways has increased among them. It is expected that the upward spring of Bangladesh Railway will start after 2024. In 2024 Dhaka-Jessore 172 km new railway in the south-west through Padma bridge and the Jamuna Bridge will be connected to the north-west through the Dedicated Bangabandhu Railway Bridge. In this, the railways will play an indispensable role in changing the economic system of the entire western region. For this, Bangladesh Railway has taken various developmental measures. Among them, Bangladesh Railway is in the process of expressing its own Business Plan. It is hoped that Bangladesh Railway will play a substantial role in inter-country and inter-regional communication and cooperation.

Currently, Bangladesh Railway provides continuous service to the people during a difficult time due to coronavirus. We believe that we can contribute more to the development of Bangladesh in 2021 by gaining people’s reliance.

I wish The InCAP magazine continued prosperity. Wishing you and yours some well-deserved downtime and a delighted new year to come.

Happy New Year to all!

The InCAP Desk - April 1, 2022 0
Have you ever thought if your employment is the right fit for you? Do you know what it means to be right? Personal intuition and circumstances...