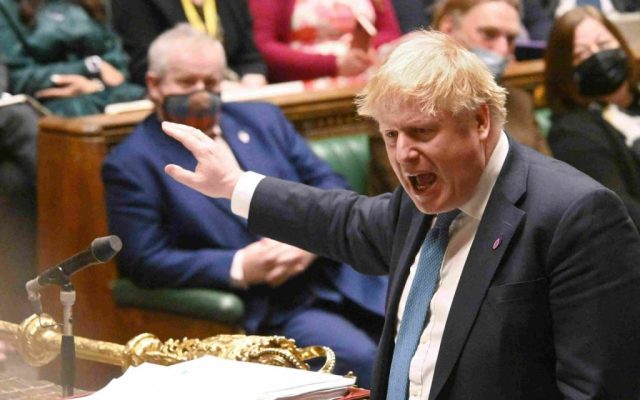 In a desperate bid to salvage Boris Johnson’s leadership, the administration has been accused of distorting announcements on more cash for poorer regions of the UK. So, Prime Minister Boris is at risk.

An unexpected debate erupted after Michael Gove’s Department for Leveling Up, Housing and Communities issued a press statement — ahead of the publishing of a leveling up the white paper this week – claiming that a “new £1.5 billion brownfield fund” would assist 20 towns and cities. According to the statement, the 20 regions “would benefit from developments integrating housing, recreation, and business in sustainable, walkable, attractive new neighborhoods,” which only mentioned Sheffield and Wolverhampton as beneficiaries.

Gove went on to say that the “bold new regeneration initiative” will be transformative and would fulfill the government’s primary aim of making the country more equal. “This massive investment in infrastructure and redevelopment will assist in disseminating opportunities more equitably and helping to reverse the UK’s still-existing regional inequities.”

A vote of confidence could be triggered in the prime minister if at least 54 Tory MPs wrote to Sir Graham Brady expressing their desire for Johnson to resign. On the other side, if he loses the support of Conservative MPs, his premiership would come to an end.

Lisa Nandy, Shadow Secretary of State for Levelling Up, Housing and Communities, said the Conservatives had been caught out attempting to claim that more money had been found for disadvantaged communities when the white paper included nothing they didn’t already know.

“I don’t think Tory MPs are going to find it very reassuring when the supposed new pot of gold contains not a penny of new money,” Nandy said.

The SNP leader in Westminster, Ian Blackford, added: “Not only is the government trying to take the public for fools, but they are also trying to take their MPs for fools. It shows the lengths they are prepared to go to keep Boris Johnson in power. It is beyond contempt.”

The Liberal Democrat deputy leader Daisy Cooper said the episode showed the government was not “remotely serious about leveling up this country.”

Despite the government’s troubles, the latest Opinium poll for the Observer shows Labour’s lead over the Tories has shrunk to 5pts, with Keir Starmer’s party on 39% (down 2pts compared with a fortnight ago) while the Tories are up 2pts on 34%.

But while the Labour bounce over partygate appears to have peaked and gone into reverse, the party is now favored by more voters to do a better job than the Tories on 10 out of 14 policy issues, including tackling crime and handling immigration. Both are subjects on which the Tories have traditionally been strong. On corruption, Labour is now 3pts ahead of the Conservatives, and on immigration, it is 4pts ahead.

Fear of Economic Crisis in Pakistan

The InCAP Desk - April 6, 2022 0
Recent political instability has created a constitutional crisis in Pakistan. In this situation, the trade and industry organizations have called for the immediate implementation...