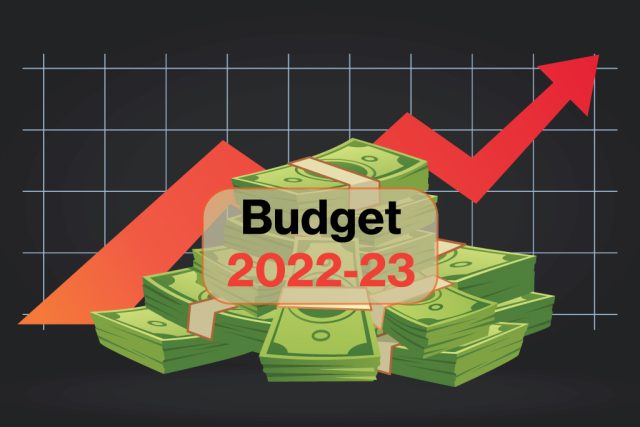 As part of the fiscal year 2022-23 budget proposal, tariffs on imports of spare parts for the local fridge and freezer manufacturing business have been drastically lessened. Industry sources said, the government’s ambitions to reduce the country’s overall imports will be hampered if import taxes are dropped, as this will boost the local refrigerator assembly business. Investments in the Bangladeshi full-fledged refrigerator and freezer manufacturing sector will be in mess, without the Govt Support. So the article is about Proposed Budget Likely To Inspire Fridge Assembling Industry By Increasing Spare Parts Import.

On June 9, 2022, Finance Minister AHM Mustafa Kamal provided the parliament a budget proposal for the 2022-23 fiscal year to the parliament. In his budget speech, the finance minister stated, “We are trying to stop people from bringing in products that are made locally. If we use the things made in the country, then the local production should increase even more. We don’t want these materials to be brought in from another countries. So we will emphasize the idea of “Made in Bangladesh” forward by doing this.”

There is no difference between establishing things from scratch and putting them together. So, people will be less likely to spend much money to start a full-fledged manufacturing sector. Local business in Bangladesh owners will be more interested in fixing up assembly plants than factories that make from first to last. Hence, the country will miss out on the chance to build many jobs. On the other hand, costs will increase for imports. It will require a lot of foreign currency, which goes against the government’s plan in order to assist businesses and the budget speech provide by the Finance Minister. It will assist the assembly industry instead of the full-fledged manufacturing industry in refrigerators. Yet, concerned people have suggested that the issue needs to be looked at once more.

Financial experts in Bangladesh say that the budget proposal will help local assemblers at the stage of making refrigerators. However, imports of spare parts for domestic refrigerator assembly plants would go up, therefore, counteracting the government’s stated goal of eliminating imports.

Industry experts say that Bangladesh can now build its refrigerators with the assistance of convenient policies and tax help from the National Board of Revenue(NBR) and the administration, the electronics and technology industry in Bangladesh. At the moment, some full-fledged sectors in the country make electronics. Local business owners put much money into setting up enterprises that make things. Now, these businesses make finished refrigerators and other important part. Most domestic markets have been taken over by goods made in the country. Also, goods made in the area are sold in many countries worldwide. The “Made in Bangladesh” refrigerator made by local businesses is receving much appriciation on the worldwide market.

When the electronic home appliance industries in Bangladesh are getting near to total production, the assembling industries in this sector might not add much value in the ecosystem. Abu Ahmed, an economist, said that the government has always emphasized growing domestic industries. It also boosts the economy of the country. But it must be decided whether to give benefits based on how much is created. If the complete product producers contribute more than the production in the assembly industry, then the producer benefits should be raised.

Professor of Economics Md. Ainul Islam stated that the government is working toward advertising “Made in Bangladesh.” The government thinks that if anyone wants to make something for the country, you should make it in the country. This will help the country find work. Therefore, giving producers at all levels a chance and value their work is better. But in some cases, policies are necessary to ensure that some products are manufactured well and that Bangladesh can make its own producers. Following this, some of these things should be in the government’s plan.

In his opinion, the government places a high value on the domestic compressor and refrigerator manufacturing industry as it is inviting new manufacturers to join the market, prioritizing self-sufficient people.

The entrepreneurs are claiming that the government is helping them a lot more in the full-fledged electronics and technology products sector. Therefore, both local and foreign investment is rising, as are jobs and domestic production, while spending on imports is decreasing. On the other hand, export income is increasing, helping the earnings sector. On the other hand, tax breaks for the assembling industry in this sector will increase the number of assemblers instead of the actual producers. It will also lead to more imports of spare parts and more spending on foreign currency by the country. So, the strategies the government has decided to lower the cost of imports will be questioned.

The InCAP - February 28, 2019 0
One of our top corporate American International School has organized “Tiger ball – 2019” at Le-Meridien Hotel Dhaka. Cathay Pacific Airways Dhaka is the official...