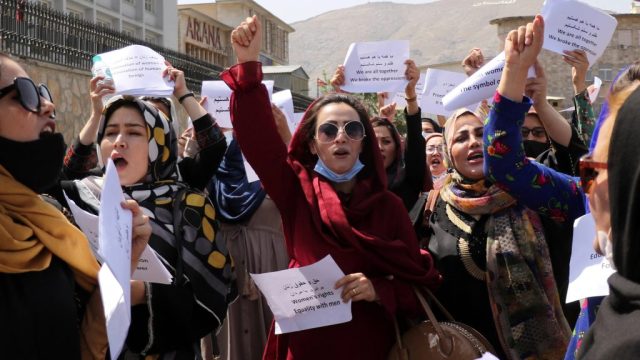 Afghani women have started a new movement in the Afghan capital, Kabul, to protest banning the rules given by the Taliban. They say the Taliban’s mandatory law of wearing the burqa must be prohibited because this is foreign clothing; they do not want to wear any foreign clothes. Therefore, Afghan women protest to ban Burqa.

Shahla Arifi, a woman activist in Kabul, said, “The burqa is not our clothing culture; it is not hijab. This is the hijab that India and Britain have imposed on us.” Moreover, they demand to lift the rule of men’s presence when women go for long-distance travel. However, the Taliban said they were not forcing any woman to wear a burqa or hijab.

A spokesman for the Taliban said, “the hijab was Allah’s command and the rule of Islam. But we are not insisting on wearing hijab.”

“People are a lot more conscious, they have new ambitions for Afghanistan today, and they have different expectations from the government,” another woman in the movement said, adding that social media has helped bring like-minded people together.

The Afghan people have collectively raised their voice very powerfully for their concerns and causes utilizing the platform of social media and they will continue to do so. Basira Taheri stated that the protests would continue until their demands were realized.