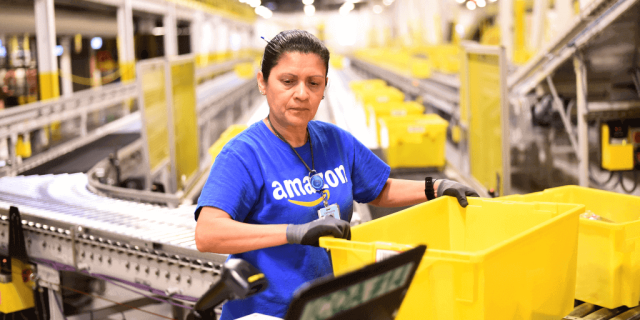 Amazon achieved the highest ever one-day rise in worth a day after Facebook owner Meta Platforms (FB.O) experienced the worst ever one-day loss of stock market value for a U.S. firm. Following its spectacular quarterly report, shares of the online retail and cloud computing behemoth soared 13.5 percent on 4th February, 2022, boosting its market valuation by nearly $190 billion by the close of trade. Surprisingly, Amazon jumps to a record value of $190 Bn overnight.

“After fighting the post-lockdown blues in 2021, we believe Amazon’s fortunes have the potential to improve as 2022 unfolds,” Monness Crespi Hardt analyst Brian White wrote in a research note. “Amazon is uniquely positioned to exit this crisis as one of the biggest beneficiaries of accelerated digital transformation.”

Retail investors looked to win from Amazon’s surge. But, according to data on Fidelity’s website, on the day, Amazon was the most actively traded stock among its users, with sell orders outnumbering purchase orders by more than two to one. Amazon’s gain in value dwarfed the market capitalizations of AT&T Inc (T.N.), Morgan Stanley (MS.N), and Netflix Inc.

According to Refinitiv, Apple, Microsoft Corp (MSFT.O), and Google owner Alphabet Inc (GOOGL.O) are the most valuable businesses on Wall Street, with market capitalizations of $2.8 trillion, $2.3 trillion, and $1.9 trillion, respectively. However, the stock price of Amazon is still down roughly 15% from its record high close of $3,731.41 in July 2021.

India’s OYO Rooms is Dreaming of Being The Biggest Hotel Chain...